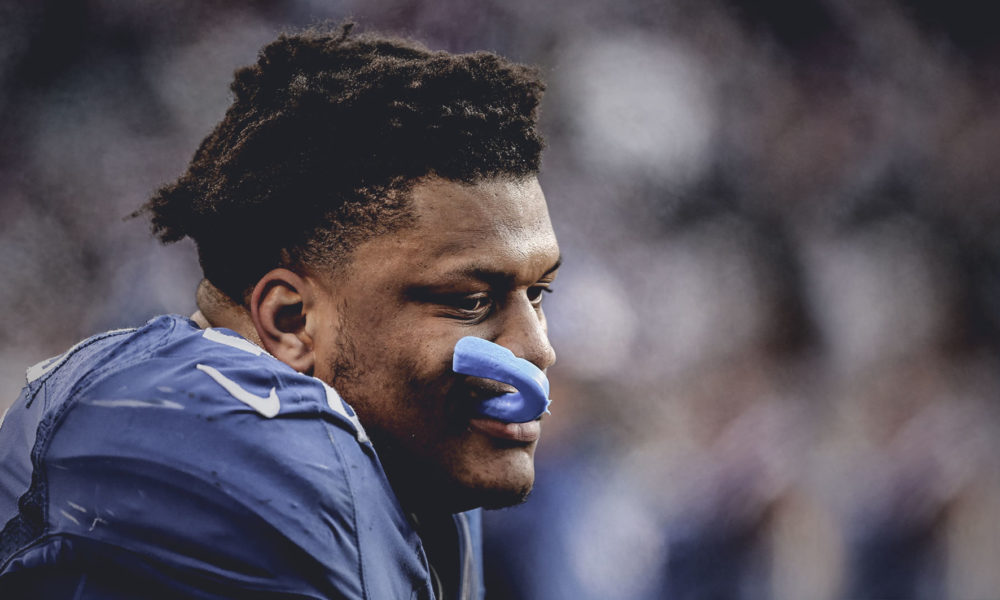 The New York Giants whiffed on their first-round pick in 2015. Tackle Ereck Flowers never developed into a starting-caliber player. New York tried to trade him this offseason but now will look to get something out of him after all. What does the future hold?

Lost in all the hoopla of the NFL Draft and aftermath was the situation surrounding Ereck Flowers. The New York Giants made waves by selecting a running back second overall. They signed a road-grading offensive lineman and beefed up the defensive front later in the draft. This past week, the team added a slew of undrafted free agents to the depth chart. It all masked a question that still remains with Flowers.

According to reports, the Giants tried to trade Flowers during the draft but found no takers. Though we are unaware of what the asking price was, a source claimed New York wanted a mid-round pick for him. I can’t imagine it legitimately felt like that was a plausible return; perhaps that was New York’s optimal return, and the price would decline from there. That means there wasn’t a team in the league who wanted to take on Ereck Flowers for what would amount to a late-round pick, the price of his contract, and the value of that roster spot. Yeesh.

ALSO ON BUZZCHOMP: The Stakes Have Never Felt Lower in Westworld Season 2

It has been a precipitous and steady decline since Flowers was selected in the top 10 of the 2015 draft. Besides being on the trade block, Flowers also had his fifth-year option declined and has been a pest in the locker room. One thing new management likes to do is make a clean break from past evaluation failures. It’s partially why the team cut Paul Perkins. If Ereck Flowers had been a mid-round pick years ago, he would have been shown the door as well. Instead, he sticks in the mix.

The good thing for the Giants is they no longer have to rely on him. Thanks to offseason signings and additions, Flowers will have to battle his way to a starting job or even a rotation job on the offensive line. Nate Solder took over at left tackle, finally forcing Flowers off the line’s prime real estate. The Giants drafted Will Hernandez to play left guard. Brett Jones and Patrick Omameh complete the interior of the line, with John Jerry serving as guard depth. That leaves just one spot up for grabs: right tackle.

The competition for that starting spot will come down to second-year men Chad Wheeler and Adam Bisnowaty, and Flowers. Flowers’ skill set would seem to indicate he could conceivably play right tackle, but we thought the same thing three years ago about the left side. He is a mistake-prone player with poor technique, who doesn’t utilize his natural talent. Of course, neither Wheeler nor Bisnowaty are sure things to develop into starters in year two. The Giants are by no means beholden to Flowers, but they also can’t toss him aside. That is the price you pay for having weak offensive line depth a few years in a row.

One of David Gettleman’s first goals as the new general manager was to fix the offensive line. He has already greatly improved the unit. Perhaps his greatest feat would be removing all the pressure off of Flowers and then getting production out of him after all.