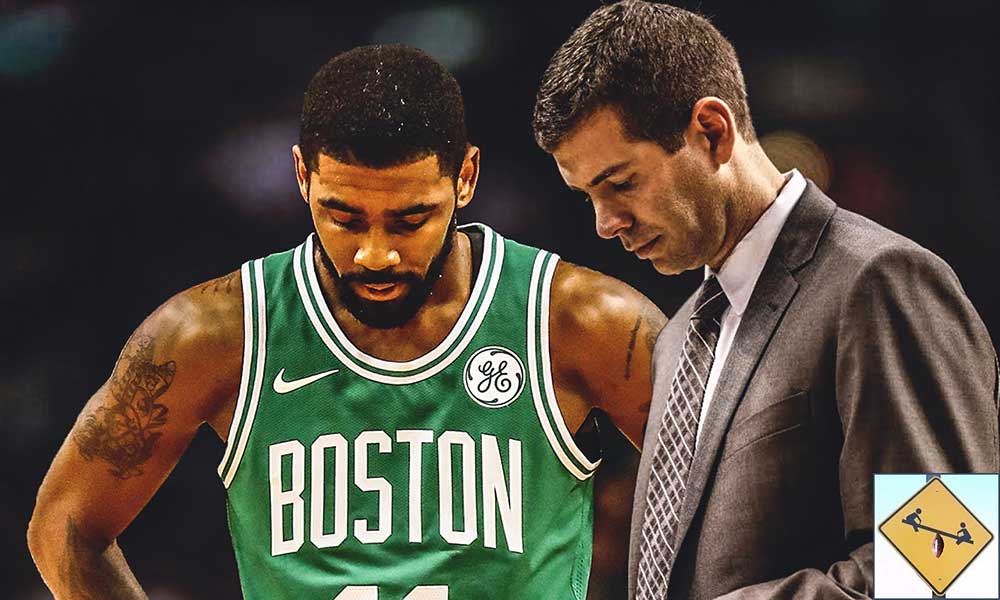 Common knowledge is common for a reason and the Boston Celtics with Brad Stevens are anything but. They’re as great as we thought all along, proving that coaching matters and Kyrie Irving may not. Can anyone stop these Celtics?

In the second round of the NBA playoffs, the Boston Celtics dismantled the favored Philadelphia 76ers on their way to the conference finals. They accomplished this feat without the use of their two best players: Gordon Hayward and Kyrie Irving. They even won game one without arguably their third best player – Jaylen Brown – as well.

It is hard to explain how this happened other than to make two points. One, perhaps Boston was actually better defensively without its “best” guys playing. We have seen this story before with the Cleveland Cavaliers and Irving. The team’s defense ramped up once he hit the bench with an injury, and LeBron and company pushed the Warriors to the brink in the 2015 finals despite being horribly out-manned.

ALSO ON BUZZCHOMP: NY Yankees Can’t Keep This Up, Can They?

The fact that this is happening to Irving again, albeit on a smaller scale, is slightly silly, somewhat ironic since he demanded a trade out of Cleveland, and also logical. Terry Rozier is a big-bodied, active defender. He isn’t the offensive player that Kyrie is, but he is no slouch either. This bleeds into point number two that explains the Boston Celtics’ success.

Rozier is able to fill Kyrie’s minutes admirably (and the same goes for Brown, Jayson Tatum, etc. in Hayward’s spot) because Brad Stevens is a better coach than anyone he is going against. His players fill necessary roles in a successful system rather than Stevens’ system requiring specific players.

Such outcomes have resulted in fun inquiries, such as when Nate Silver polled his Twitter followers asking who they would rather start a franchise with, Stevens or Giannis Antetokounmpo. It is a ridiculous query on the surface but also kind of interesting to ponder. We have asked such things in the past in regards to Gregg Popovich. It’s essentially a question of where Stevens ranks as an asset in the NBA. The answer, though perhaps not as high as Giannis, is super high.

Compare Boston’s sideline success with that of Toronto. The Raptors just won the Eastern Conference regular season and instead of comparing Dwayne Casey to Giannis, the Raptors decided to fire him. Just days ago, he was voted the Coach of the Year by the coaches association.

This juxtaposition speaks to something that happened in baseball last offseason. A number of playoff teams jettisoned successful coaches because they made the judgement that said coaches would never get them over the hump. Casey seems to fall in a similar boat. The Raptors decided that they witnessed the heights Casey could reach, and it isn’t enough.

Even with logic behind the move, this is BRUTAL. Casey and Stevens seem to indicate a change in the league mindset. Is the NBA suddenly much more reliant on coaching than it ever had been before? This is obviously selective. The Cavaliers are not reliant on their coaching. But is it fair to say that teams can win and lose more than previously thanks to coaching? It seems like Stevens’ renown and Casey’s failure are a sign of something.

I’m pretty sure that great coaching has always mattered at all levels of all sports, but that star players can win in spite of an average coach. This is especially true of the NBA, meaning the opposite is also true. An excellent coach can turn his average team into a consistent winner and make them better. An excellent coach with star players is often unstoppable. See Gregg Popovich, Pat Riley and Phil Jackson to name a few.

Brad Stevens is not yet on the level of the greatest coaches, but he is doing something with the Boston Celtics that is rare. He has proven that despite injuries to some of his best players, the Celtics are exactly who we thought they would be before the 2017-18 season began. Boston versus Cleveland was a foregone conclusion, especially after the Kyrie Irving trade. Yet something always makes us second guess the truth, and this season it was devastating injuries to the Celtics. Could Boston defeat the rest of the Eastern Conference without its ‘best’ players? Absolutely, because the team with Stevens as coach is that much better.

Imagine if Irving was still playing. Perhaps the Boston Celtics would be playing worse defense, but the team would obviously be better for it. I’d argue that we have not seen the playoff version of the Celtics with Irving, so we have no clue as to the level of defense THAT team would play. But Stevens has given us a glimpse, as his hobbled team continues to dominate and play great defense. Just as the playoff version of LeBron James and the Cavaliers is on another level, so is Boston. That is how to win in the NBA and Stevens knows this.

I don’t agree with the Raptors firing a proven winner, but it is a courageous decision to acknowledge if and when you’ve hit your ceiling with the current coaching staff. Because the NBA is full of ‘super teams’ at the top, coaching matters more than ever. You need a coach like Stevens who can win without them and galvanize the team around your stars to go all the way. I did not agree with the Yankees firing Joe Girardi last season, yet I can see the complete shift the team has taken with a young and hungry manager on the bench. Changing the voice in the locker room goes a long way towards reigniting the fire under your star players and the team as a whole.