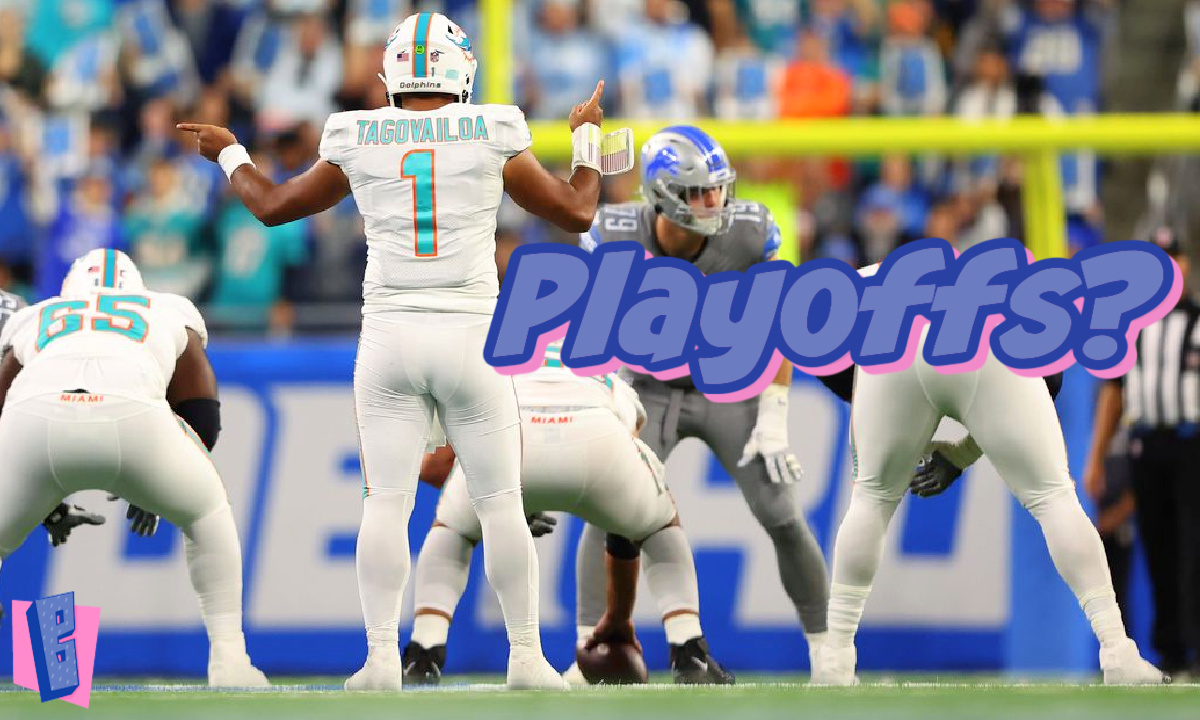 Six teams were headed straight into the NFL Playoffs, until things went very bad and the floundering began. Who’s the surest bet to make it anyways, and who is the longest of long shots?

A bunch of wild finishes punctuated Week 15 of the NFL season. We had an intercepted lateral returned for a walk-off touchdown, the largest comeback in league history, and game-winning field goals. Prior to Monday night’s clash, a whopping 12 of 15 contests finished with a one-score margin, and one of the games that didn’t, required a 31-6 second-half comeback. Bring on the NFL Playoffs!

While we saw continued winning from playoff hopefuls in Detroit, Jacksonville, and New York, among others, some teams very much in the postseason hunt are ruining their chances. In recent weeks, the Miami Dolphins, New York Jets, and Atlanta Falcons have all lost three games in a row. Seattle has lost four of five. Tampa Bay has lost three of four, and the Tennessee Titans have lost four consecutive ball games. Lackluster is putting it nicely.

More BuzzChomp: The Final Mark of the Hookers in White Lotus Season 2

Obviously, not all of these teams are going to end up missing the NFL playoffs. Even if none deserve to qualify, some will sneak in just based on the math. Others could still very much turn the season around in the final three weeks and be feeling good heading into January. Of this sextet of flounderers, who feels the safest even still? And who should be the most worried about finding their way into the postseason?

NFL Over Reaction to Week 15

For me, the safest team has to be the Buccaneers. This is likely the worst team of this entire group, and yet the parameters make it so. Tampa Bay is a full game ahead of everyone else in the NFC South, and everyone else in the South is a pretty bad football team! They don’t have a single difficult opponent remaining either. With everyone facing each other, this division will take care of itself, and as sad as it sounds, Tampa Bay feels secure at 6-8.

There is a pretty blatant counter. Three teams are within one game of the Buccaneers’ playoff spot, and with the way this team has played, every opponent is difficult. I’ll grant those points and still take the Bucs as the likeliest playoff participant.

On the other end of the spectrum, I want to clarify my selection. The Jets have me most worried. That is because I think they actually still have a reasonable shot at making it, but the path will be most difficult. I should probably rank the Falcons last in actuality, just because I don’t think they have much of a chance at all.

With the Jets, things are crumbling at, perhaps, an expected time. The schedule has gotten very tough, and New York is falling to all the other playoff contenders it faces. Overall, the last six games of the season are all against playoff hopefuls or locks, and New York may be a tier below them all, especially offensively.

A turnaround would require beating at least two of Jacksonville, Seattle, and Miami, with the final two coming on the road. To hop either the Chargers or the Dolphins in the wildcard standings would require making up one game and winning a tiebreaker, or making up two full games, which doesn’t seem realistic. The Chargers finish things out with a very easy schedule, but Miami does not. With the Dolphins also hitting a wall at the same time, they could be just as nervous as the Jets… except they hold a game lead with only three to play.

None of these six lackluster NFL Playoffs hopefuls are actually good enough right now to be considered contenders, but unfortunately/fortunately at least half will make the postseason. Math favors the old apparently, because Tom Brady and his Tampa Bay Buccaneers are about to Todd Bowles their way into the playoffs. We’ve included Atlanta in this debate, but Carolina and New Orleans are tied with the Falcons, all sitting a game behind Tampa Bay. Atlanta has already moved on from this season, handing the reins to its rookie quarterback. They sit firmly in the rear of this discussion, despite actually being able to rise up and into the postseason.

Tampa Bay has the safest shot at entering the NFL Playoffs. They are bad, but still better than the Saints and Panthers and Falcons. It’s the division that no one wants to win, but Mr. Brady will get the victory. Two division games and an easy win over Arizona sit between the Buccaneers and the playoffs. If anyone stops them, it’s Carolina. Talk about irony if that happens, but it won’t. Long live Tom Brady.

Seattle has me the most concerned, but they only slightly edge out the New York Jets. The Seahawks are slumping hard and losing to average teams like Tampa Bay. They can’t catch San Francisco and are about to lose again to Kansas City. I’m not sure these Seahawks are good enough to beat the Jets, let alone Los Angeles in week 18. Seattle needs to win two of three games remaining and I’d be shocked if they pull it off. That’s because despite their slump, the Jets are still playing great defense. They will thwart Seattle’s chances.

New York is in a hard spot with backup quarterback Zach Wilson forced to start over new starter Mike White. Wilson is barely doing enough to get the offense moving and even average defenses are slowing his offense. Jacksonville, Seattle, and Miami are all tough opponents. The Jets need to win two of three at a minimum and their defense is good enough to do so, but I’m dubious. Can all of these teams miss the playoffs? No, no they can not. But none deserve to get in. If the Jets lose to Jacksonville, then I believe the Jaguars catch Tennessee and oust the Titans. If the Jets lose to Seattle, then I believe the Seahawks catch Washington. Miami beating the Jets means they make the playoffs as well, most likely. They control everyone’s destiny… apparently. Good thing nothing has gone as planned this season.