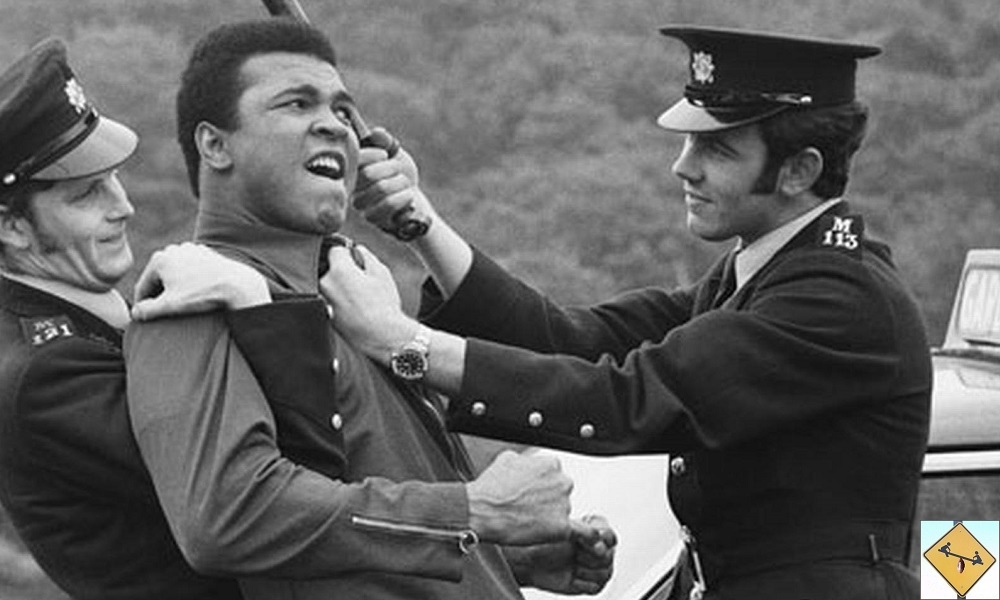 Fighting Trump is no easy task, but discrimination can not be tolerated. Should athletes take a stand? How can they sell their brand while picking sides?

We agree our professional sports leagues and athletes could make a difference, but should they? What is their responsibility as far as politics and social issues go? Fighting Trump is a risky endeavor.

The feeling surrounding sports and even sports writers used to be that they should stick to sports and stay in their lane. If a sports columnist spouted off about some world issue, followers would knock them down a peg or two for the effort. But I’m not sure that is the case any longer. Instead, it seems like people in the sports world almost need to at least make an opinion heard, or else outsiders could assume something bad about their political leanings.

The days of Michael Jordan saying Republicans buy sneakers too (even though that quote’s origin is up for debate) are long gone. No longer are athletes trying to play both sides of the aisle for the sake of their brand. Instead, building a brand is about taking a stand every now and then, like the NBA stars did with Blacks Lives Matter.

In this atmosphere, where does personal brand management cross with social responsibility? Major League Baseball begins next month, with teams reporting for Spring Training very soon. It is by far the most international sport in America, not counting the NHL and Canadians. Does that mean MLB should do or say something? This seems unlikely since baseball players are far less known than basketball or football athletes. Also, Adam Jones came out last year and made a statement about baseball being a white man’s game. That was statistically inaccurate but perhaps emotionally true. It doesn’t feel like MLB would involve itself in such dealings.

That brings us back to the NBA, where the players are the most well-known and most inclined to take action. We are also seeing players personally affected in this sport because of their nationality. And yet it still feels like too far a step to say the league should take some sort of impactful action against Donald Trump’s executive order. It would be nice if it did, but that responsibility falls outside of its jurisdiction in my opinion. How great would it be if the NBA announced it would play no more games in the United States until the ban was lifted? That would make news! Plus, the Raptors would easily clinch the Eastern Conference! But there’s no way anyone would go through with that. The connection hardly seems logical. Sports leagues in this country could make a difference, but I’m still foggy on if they should or how they can.

The real question here is what can sports leagues, teams, and players do to help? I believe that every single one of us should make a difference, whether or not we are a professional athlete. The travel ban instituted by our country was just the beginning of its prejudice actions. America the country decided to discriminate based upon religion and that is NEVER okay. Discrimination of any kind is abhorrent and there is no end to the hate when you allow one form of discrimination to go unchallenged.

Professional athletes are in a unique position to make a public statement with real consequences. Fighting Trump is not a simple thing or an easy course of action. He is the American president. Yet athletes proved successful in their attempts to show disgust for the country last year. Colin Kaepernick took a knee during the national anthem, making a public statement against the United States and what it stood for. I believe this is the first place to begin and something all athletes and people can rally behind.

How amazing would it be if every NBA player began kneeling for the anthem? What if LeBron James took to Twitter, asking fans in Cleveland to join him in boycotting the national anthem? An entire arena full of Americans all boycotting the country in unity would send a powerful message. Carry it further and NBA players could all agree to boycott the anthem for the entire NBA Playoffs. With or without fans joining in, this type of nonviolent protest sends the right kind of message. We do not support America and its discriminatory practices.


Boycotting the national anthem is just one way athletes in all sports can take a positive stand. We saw it start an excellent conversation last year, but that discussion has now elevated to alarming levels of hatred. The United States once represented a country that accepted all people, no matter their religion or country of origin. It was a home for immigrants to start a new life, and while the country has always been controlled by white men, the borders were open to all people. Closing off borders has proven to be the first step in the collapse of empires throughout history. America was started because the mother country was heavy-handed and controlling of its people. Sound familiar?