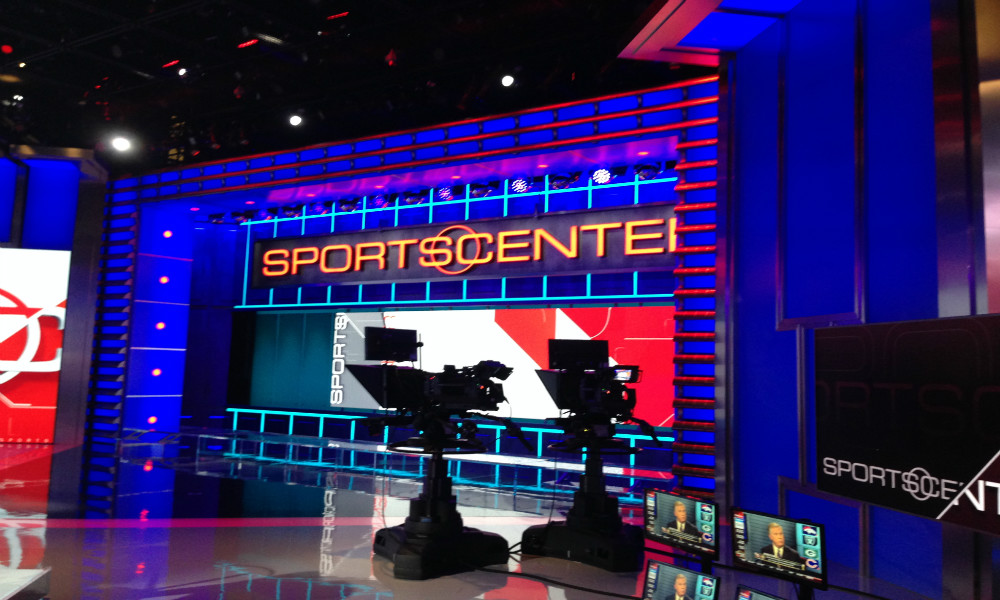 Nielsen television ratings and estimates are in for the coming month of November and ESPN, among other cable channels, took yet another huge hit to its subscription base. ESPN is losing subscribers faster than… everyone?

ESPN is losing subscribers faster than… well, just about every sports network outside of NBA TV. This according to sportstvratings.com estimated numbers from October to November. ESPN is still the worldwide leader in sports, although giving yourself a nickname is pretty lame whether it’s true or not. The network reportedly lost upwards of 621,000 subscribers from October to November of 2016. It is the largest drop in company history.

Of course, numbers for nearly all major sports networks are down and down by a lot this month. For example, FS1 has lost 355,000 subs; MLB Network is down 515,000 subs. Of the familiar networks, only NFL Network has avoided the red, which is ironic considering the news swirling around football these days and the sport losing the interest of television viewers.

But ESPN is the big name here, because it is always the biggest name in the sports world. What does it mean to have ESPN subs down so much? Perhaps nothing, at least in specific regard to the network itself. Cable subscriptions seem to be down across the board as cords are being figuratively cut. This fact hurts every cable station equally, and according to the numbers, ESPN isn’t even among the top 25 cable networks. At a 75% coverage percentage, as many as 31 other cable channels are in more homes on average.

ESPN being down could be a sign of more impact though. Besides cable being passed over more routinely, it seems sports channels are increasingly unnecessary in today’s world when they are not showing a live sporting event. Sportscenter, the former bell of the ball in terms of TV shows on a sports network, is essentially obsolete. There is no need to view it when everything it offers can be seen online at a viewer’s convenience. And talking-head shows, which fill up so much air time on every sports network, are obnoxious to the point of nausea. I don’t need to be yelled at by a rich white guy; I get enough of that during political coverage.

With a la carte cable packages entering the fray, ESPN could find itself on the outside of most homes’ television experience. We still need it for live games, but it is worthless the other 18 hours of the day. That puts a real decision in the minds of paying customers who suddenly have more control than they ever did over what their money goes toward. People stopped saying “I want my MTV” at least two decades ago, but the former Music Television still resides in as many homes as ESPN. I don’t know what that means for either station, but it can’t be good news for the latter.

Then there’s the not-so-minor detail of ESPN’s cost structure. “ESPN costs every cable and satellite subscriber roughly $7 a month, over triple the next most expensive cable channel,” according to Clay Travis at Outkick the Coverage. And with that revenue, the network buys live sporting events, meaning, as Travis describes, any drop in subscriptions is an automatic drop in profit because ESPN can’t exactly lower its costs like other networks. The costs are already paid for years and years to come, going in advance to the leagues for their games. OTC estimates that within the next five years, ESPN will be making less from cable subscribers than its paying out for sports. That…is an issue.

The public never needed an ad campaign showing its lack of interest in ESPN. “I don’t want my ESPN” is being heard loud and clear through actions alone.