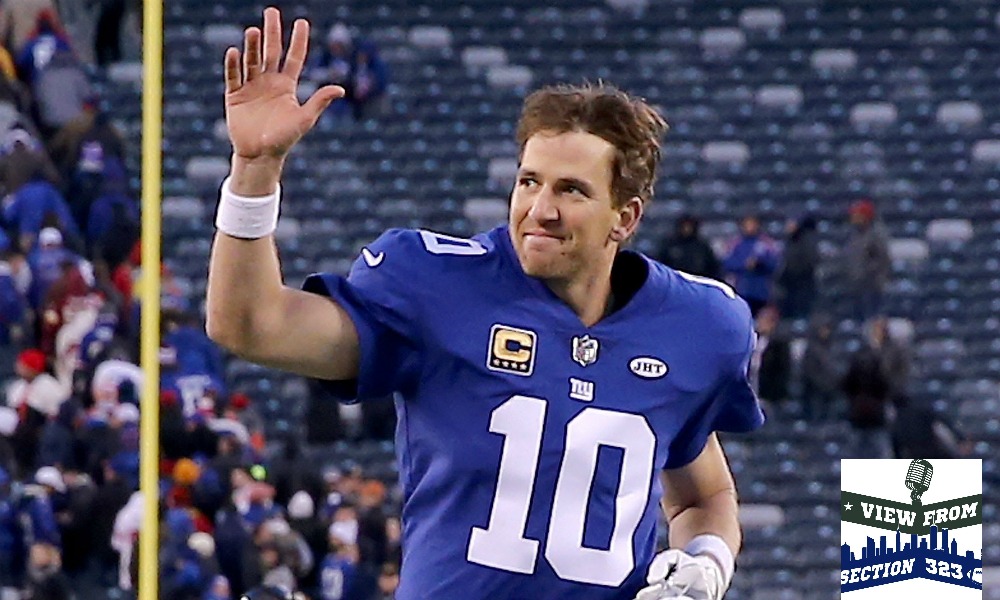 To the surprise of nearly everyone, Eli Manning is on a farewell tour. The Patriots are also cheating again, and the Jets squeaked out a victory. Section 323 NFL podcast.

Don’t be surprised, but the New England Patriots were caught cheating again. On the opposite side of the spectrum is Eli Manning’s return to the field as starting quarterback for the New York Giants. He gets a farewell tour! No one expected this, just like the Jets victory over Miami. Completely unexpected, but a happy accident none the less.

NFL fans are typically vocal, but these two New York football fans are worse. If an inter-city rivalry exists between the New York Giants and Jets, then Phil and Bud are it. Its the ultimate of NFL rivalries. The ‘Section 323’ NFL podcast covers the entire league with a New York focus. The season has been hectic for our New York teams and now Eli Manning is back at quarterback for the Giants. Will this be his true farewell tour? Depends on who you ask. Nothing is impossible as NFL Week 15 rolls in. Phil and Bud have nothing nice to say, so don’t expect a compliment.

More BuzzChomp: College Basketball Wrought with Upsets, but why?

Do you believe the New York Giants or Jets have anything left to play for? Is it better to win or get a higher draft pick? Both New York football teams are confusing their fans and simply playing out the schedule. More wins doesn’t mean much, as draft capital is crucial. Who will end with a better resume? Who will earn the crown as king of New York? There are no mulligans in football.