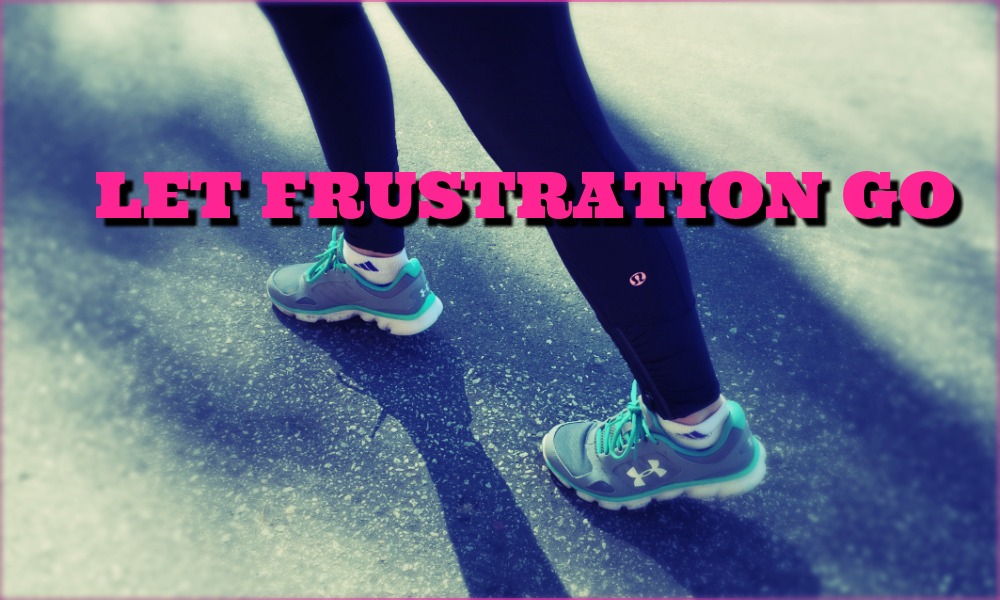 This week’s edition of “Diary of a Running Chick” challenges you to let your run frustration go! Running is so simple. Let’s keep it that way. I’m a running chick and this is my diary.

It doesn’t matter if you’re “good” at running or not. You only need a pair of shoes and something comfortable to run in and you’re good to go. That’s it! Your run should be completely freeing, but so many of us build up this frustration when it comes to running. Time to be honest and admit to yourself that you do this. Then leave all that frustration behind.

It took me a long time to realize that I actually had run frustration. Even though I was running just for me and no one else; even though I wasn’t running for time and I don’t run races, I had expectations for myself. It was silly. If I was truly running for me, then there was nothing to be frustrated about. But I did get frustrated and did have expectations. I had to conquer them.

ALSO ON BUZZCHOMP: How to Ditch the Diet Once and For All

Why was I getting so frustrated? I had been running for a long time, shouldn’t I have been past that frustration? All I really wanted was to run effortlessly. Kids, I was totally putting too much pressure on myself. I’d run on the treadmill for so long and then when I transitioned outside, it was hard. My body had to get used to it and it took a long time. That was hard for me to take in. Even now there are days where I’m so sore from running, days that are super hard, but I don’t let myself get frustrated!

Let’s flashback to when I consistently started running outside. Five years ago I got serious about it. The treadmill was frustrating me and I’d moved to the Los Angeles neighborhood of Brentwood. It is truly a runner’s paradise. There are so many streets to run through. I’m close to Santa Monica and if I could build myself up, I could run to the beach and back. Brentwood is very hilly though. That was the one thing I didn’t do on the treadmill, hills. My hill training had been nonexistent since high school, so I had work to do.

The funny thing is, I can’t even tell you when I stopped being frustrated. It just happened. One day I was running and realized that I’d hit my goal. I was running. I didn’t need or want to stop. All I wanted to do was run. Every morning I wake up feeling the same way. Even if I have a day where I might want to sleep in, I always ask myself if I would miss running. My answer is always yes!

I’m so glad I let my run frustration go! I was just in my own way and that’s silly. Are you finding your runs difficult or frustrating? Comment below and vent or ask questions. I’m here to help!