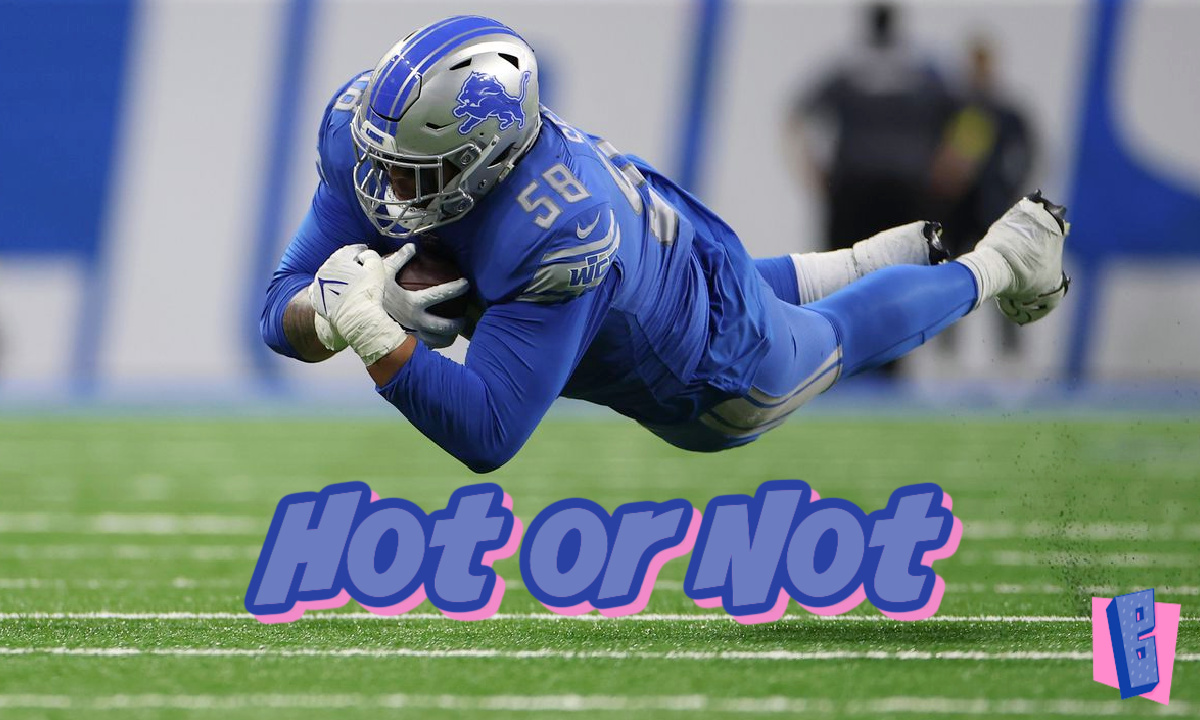 Watch out behind you, because the Detroit Lions and Jacksonville Jaguars are rushing the NFL Playoff stage. No one believes this is real, but numbers don’t lie.

Hot starts this season quickly fizzled, leading to two teams falling completely under the radar. Since then, those two teams have rebounded back into the playoff picture in their respective conferences. After ups and downs and ups again, true or false: the Detroit Lions and Jacksonville Jaguars are playoff contenders?

Let us break each team down to give a better picture of this wild reality. First, mathematically speaking, both are certainly contenders to make the postseason. Detroit is currently ninth in the NFC, just one win behind sixth place. The Lions have a 20 percent chance of reaching postseason play, according to 538. As for Jacksonville, it ranks 10th in the AFC, two full games behind the final playoff spot. 538 gives the Jaguars a 15 percent chance of cracking that top seven by season’s end. Not too shabby.

More BuzzChomp: We Are The Final Mark of the Hookers in White Lotus Season 2

Mathematically in contention is not really what we’re concerned with, because we all know how the ‘math’ often works out by the end of the regular season, especially for historically bad teams. The Detroit Lions and Jacksonville Jaguars are both playing great and steamrolling towards the improbable. That said, so much needs to transpire for this wild reality to manifest itself. Realistically speaking, are you a believer? Do the Lions and Jaguars have a real shot at making the playoffs?

NFL Over Reaction to Week 14

The Lions started the season 1-3, though all three losses were by a combined 10 total points. And the three losses came to teams with a current combined record of 29-10. The scuffling didn’t end, however. Detroit fell to a low point of 1-6 on the year. Since then, the Lions have gone 5-1, with the only loss coming by three points to another elite contender, Buffalo. If you remove Week 5’s 29-0 loss to New England, which feels inexplicable considering how potent the Detroit offense has been, this team’s resume is legitimately pretty good.

Of course, good teams don’t just beat bad teams and lose to real contenders. They also have to beat someone good. A win over Minnesota is pretty solid. The only other win of note may not be noteworthy at all, depending on how this conversation goes. The other win came over Jacksonville.

So is Jacksonville good? Well, it started that way. Things began 2-2, with only one-possession road losses to Washington and Philadelphia. Then, the Jags dropped to 2-6, eerily mirroring Detroit. After that low point, Jacksonville won three of five, including wins over division leaders Baltimore and Tennessee. The losses? To Kansas City and the aforementioned Lions.

It is hard to argue that either of these teams has put up a bad resume, but that isn’t enough to make the playoffs. Statistically, we may get a more accurate picture.

According to the numbers, the Lions have the seventh-best offense in the NFL by yards per play and DVOA. That is borderline elite. Jacksonville isn’t too far behind, ranking 12th and 13th respectively. Defensively is where things get shaky. Depending on what numbers you use, each team is either comfortably below-average or comfortably worse than that.

The other issue is the remaining schedule. Detroit faces all beatable opponents, but three of four games are on the road. It feels like this team would need to run the table. The same goes for Jacksonville, who faces an even more difficult final month. The Jags only have one game that screams winnable; the rest will be tough.

Because of all the factors, I think I consider the Lions a contender and the Jaguars not, and the gap feels larger than the five percent given by 538 metrics. Regardless, it has been fun to see each team turn its season around. These used to be two of the biggest laughing stocks in the NFL. Not anymore.

Both the Detroit Lions and Jacksonville Jaguars are pretenders. We can’t get caught up with any one streak, whether positive or negative. Both teams have large stretches of good football and bad football on their season resume. This is balance at it’s worst, because Detroit and Jacksonville are neither of those two extremes. They are slightly above average and it would be a huge surprise if their final records did not indicate as much. Nine wins and a game over .500 is on the horizon.

While the above is factual, the reality is that the NFC sucks and Detroit is a legitimate playoff contender because of it. The Lions are on par with Seattle, Washington and the New York Giants. Two of those four are on hot streaks and winning, while the other two are on cold streaks and losing. Lucky for the Lions, Washington and New York play one another, as well as face the Eagles. I don’t think they steal a playoff spot from either team, but they are in the conversation with Seattle.

The truth in the AFC is quite the opposite for Jacksonville. They are in a highly competitive and stacked conference and have zero shot at a wildcard spot. Can the Jaguars steal the division from Tennessee? Since the Titans have been slumping, I suppose it’s possible. But it is not going to materialize. Jacksonville is not good enough yet to make that kind of run late in the year. Their defense is not good enough.

We have talked all season about defense and how that is defining the playoffs. The best teams in both conferences have great defenses. Jacksonville and Detroit do not have even good defenses, so neither team is truly a contender. Yet the Lions should win 3 of their last 4 games, since three are against below average defenses. The Jaguars only have one such game against a bad defense. Miracles do happen, but I don’t see gold in either team’s stocking this year.