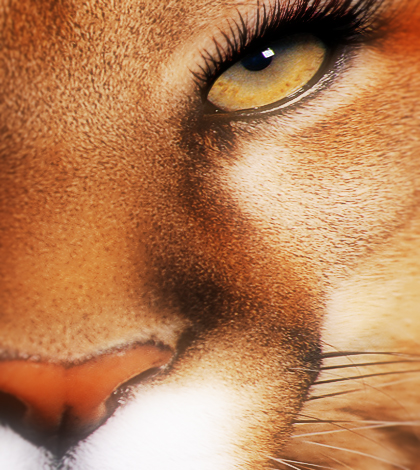 Each year fashion magazines pick a color and rename it as the ‘new black.’ Similarly, the media is now stating women are the ‘new men.’ But this economic trend isn’t a fad. It’s a concrete power shift that’s proving its continuing reality as it changes the entire social dynamic between our two genders.

Women have out-paced men in securing greater numbers of advanced college degrees. We’re out-earning our male counterparts despite a non-equal pay scale. Recent statistics herald women as the “breadwinner” in 40% of American homes. The power we now possess is dazzling. And daunting. We’ve risen in status more quickly than we can zip up our party dresses.

With great power comes great responsibility. For women who care to expand their powers into the realm of romance, being a Cougar provides a crash-course in ethical management. As the new King of the dating jungle, what sets you apart from the Lycra clad oldies hitting up their local hot spots in search of fresh meat? It’s the way you handle your power.

Power and status can lead to the illusion of entitlement. Remember the first time a man callously man broke your heart for “sport?” Now, you have the power. You are the King of this jungle. As a true King, here are five basics you’ll need to know if you want to play with the big girls:

Young just means young. It means a new life with a new perspective and an open mind. Your younger man may not have your savvy. How could he? He’s just getting up to speed in his own life. He may not have vacationed in foreign cities or dined in the type of world-class restaurants you take for granted. But he has a life that has value. With an open mind, he carries moderate emotional baggage. He may still have the innocence you lost years ago to an older man. Don’t destroy what you value in him.

Don’t confuse his gift as being a flaw. Younger men of great beauty can also be real, honest and kind-hearted. Just because he’s stunning doesn’t mean he’s learned the ways to abuse this form of power. He may be humble, and even feel a little insecure compared to the other men you’ve dated.

If you’re thinking, “Oh yeah, I’ll show him a thing or two,” you’re in for a big surprise. Here’s where a younger man’s past sex life may leave you gasping for breath and wondering how he learned all those tricks. Times have changed. He’s been getting the kind of sex (on a school bus) that the older men you date have to pay for. Why not let him show you a thing or two? Who knows…. you may discover he has moves you never learned that will delight you.

Just because he’s young doesn’t mean he lacks depth, or emotional intelligence. He’s a human being; not some “trick” for the night to later be used for bragging rights. Use your power ethically. Treat him, as you would want to be treated if the situation were reversed.

You never know where this will take you.

Before you discard him as a one-night-stand, think again. You never know where a new connection will ultimately take you. What you think is impossible, may just be the real thing. Trust me on this one. From a seasoned Cougar who’s lived this reality for over 23 years, I assure you that no man is “simple and easy.” Love may strike when you least expect it. The night you thought was a mere dalliance may become your unexpected future.

A classy Cougar has clean claws. The remnant blood of young prey is offensive. It signals a woman who wants to kill because she was once maimed. Mature women know better than to replicate the chain of cruelty they learned from the thoughtless men in their past. Time to use the power we have and turn the tides of selfishness and revenge. Time to be a better version of a man, and a King.