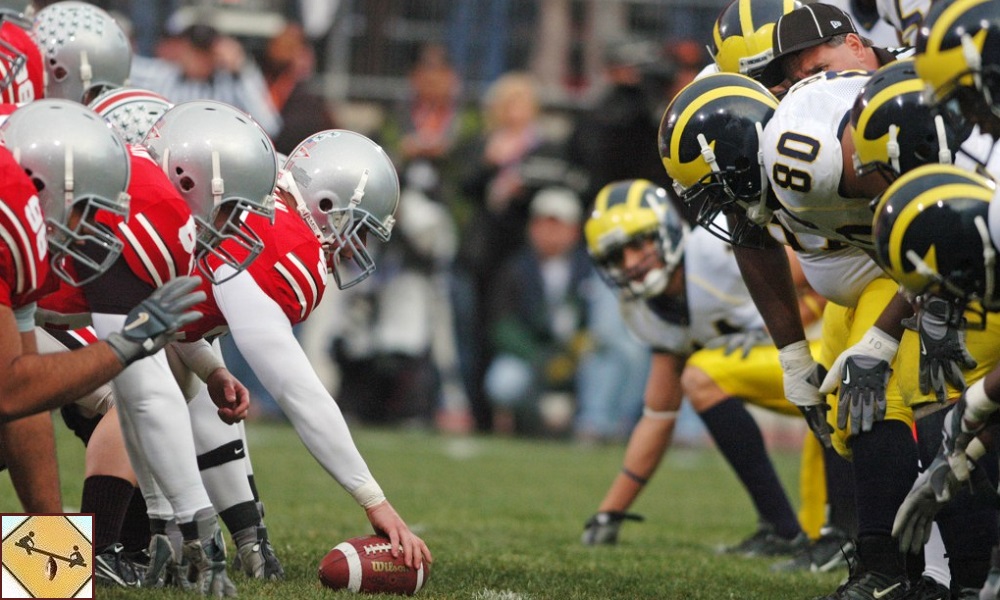 We were very quickly vindicated for thinking Texas A&M did not belong in the top four of the College Football Playoff committee rankings. The Aggies promptly fell to Mississippi State, a team that lost to the South Alabama Jaguars the first game of the season. That removes A&M from the playoff discussion for good.

Which means, there is a spot up for grabs! If the committee sticks to its principals that were set last week, Ohio State has to hop Washington. It just does. The Buckeyes soundly defeated the 10th-ranked team in the country and already had a better strength of schedule than Washington. If the committee was comfortable putting a one-loss team ahead of the Huskies last week, it has to do so again this week.

I, for one, would not. I realize the committee doesn’t project; it selects the best four resumes, so to speak, at the time of that edition of the rankings. If I had to just pick the four best teams in the country though, this is how my list would shake out:

1) Alabama: This spot is obvious and unimpeachable at this point. The Crimson Tide are 4-0 on the road this year, with all four wins coming against nationally ranked top-20 opponents.

2) Washington: This is my second team. The offense/defense combination is the most fearsome in the country. Sure, I wish the Huskies had played someone in the out-of-conference, but they are the second-best team in my mind.

3) Michigan: The Wolverines have a great win over Colorado to go with domination of everyone they have played this season. Their resume is weaker than some others, but results have been impressive enough.

4) Louisville: To me, Clemson is the undefeated team that deserves to be left out of the top four. In fact, I feel as though Ohio State is also a superior team to Clemson. The Tigers just have too many shaky wins for me to feel confident in it.

I realize Louisville has already faced Clemson head-to-head and lost, but that game was in Clemson and now a month-plus later, the Cardinals feel like the superior club. If the two teams played again on a neutral site, I think Louisville would win.

Wisconsin is my seventh team, and there is a clear drop-off after the top seven. Picking a four-team playoff will be fun this season because there are seven good teams. Picking an eight-team playoff would have been interesting as well since there is no clear eighth team deserving of such accolades.

The fourth spot in this year’s college football playoff rankings is going to come down to the final weekend. It will also force everyone to answer the question of whether being undefeated trumps strength of schedule. In almost all cases it does. It has to, especially if the undefeated team plays in a power conference.

So which team gets the fourth spot in the playoff? I believe Washington is the team here. But I’m comfortable with Louisville as well, since their only loss is to undefeated and second ranked Clemson. Don’t give me Ohio State! They lost to Penn State. Eliminated.

1) Alabama: The Crimson Tide are the undisputed top team in the sport. Barring the unimaginable, they will once again be playing for the championship, defending their title.

2) Michigan: The Wolverines defeated Wisconsin and Penn State, the team that beat Ohio State. They are undefeated and only a step behind Alabama in my book.

3) Louisville: I really like this football team and can forgive a single loss to another top five club. They are better overall, despite the loss to Clemson.

4) Clemson: They are fourth because they defeated Louisville, but I’m not impressed with the rest of their schedule.

Washington is easily my fifth team, followed by Ohio State and Wisconsin. Personally I like the Badgers better than a few teams in the top seven, but they lost to both OSU and Michigan. Their record means something and those two losses hurt their ranking.

NBA Predictions: Biggest Sleepers in East and West this Season


I expect at least one more major upset as the college football season heads toward the finish line, but it won’t be Ohio State over Michigan. I believe we end with three undefeated teams and all of the reach the playoff.