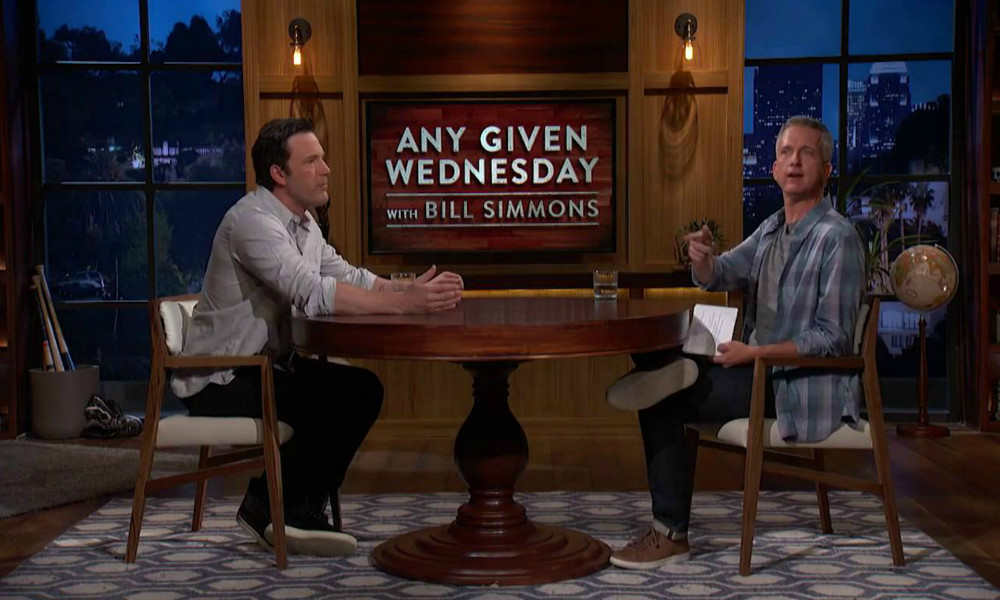 Just a few months into the first season of Bill Simmons’ new HBO talk show Any Given Wednesday, the premium cable network decided to ax the show. Ratings were horribly bad. Reviews were mundane and mediocre. The show possibly deserved more time but definitely wasn’t working.

It seems like a crushing blow to what is the Bill Simmons brand, as Simmons himself would say of NBA players when they attempt to market themselves. This isn’t the end of Simmons’ relationship with his new employer; far from it in fact. It also isn’t a death sentence for the Bill Simmons Media Group, the enterprise that created and produced the show. But it seems like an ending of some kind for the man.

ALSO ON BUZZCHOMP: Why Are the New York Giants Always Getting Hurt?

When Simmons left ESPN for HBO, he signed a vast new contract that reportedly now pays him $20 million over three years. It took a long while to create, develop, write and produce Any Given Wednesday, with the program finally kicking off over the summer of 2016. And just like that, before the first season is complete, AGW is no more. A ton of time, money, man-hours and thought were put into this idea that wasn’t given a chance to grow, perhaps because HBO didn’t think it would grow. The problem seemed to be with Simmons himself.

AGW was occasionally interesting and sometimes funny. It wasn’t great by any means. There was never a feeling that something ground-breaking or different was happening. It was simply a sports talk show with good guests. That could be enough to keep a show afloat if the host is tremendous, but Simmons was not tremendous as a host. It seems extreme to say he is a failure on television, but the fact remains that he did indeed fail. And this might have been his last chance.

While Simmons will remain with HBO in terms of behind-the-scenes creation and production of shows, documentaries, etc., it would be hard to imagine the network giving him another chance at hosting his own show. When he was on TV for ESPN, Simmons never jumped off the screen; he was just another analyst dude who sometimes said funny stuff. We, the audience, assumed it was because his old bosses had him reined in. It turns out it was because he just isn’t that interesting on TV.

His podcast and podcast network are still incredibly popular. His new website, The Ringer, which HBO has a stake in, supposedly does well and certainly churns out excellent work from a wide variety of writers. If he ever writes columns, Simmons is also still good at that. He just isn’t anything special on TV.

That final point shouldn’t feel like a huge deal. He still has so much going on personally and in his relationship with HBO. It shouldn’t feel huge, but it does. It feels like the biggest deal; that he failed at the main reason why HBO signed him on and why he was such a coveted person after splitting from ESPN.

Jalen Rose always used to say to Bill “don’t get fired” when the two worked together at the worldwide leader. Simmons did get fired. And now at HBO, Any Given Wednesday never broached areas where Bill could push the needle or get in trouble, and it led to his demise anyway. It’s a rather ironic way for perhaps the biggest sports personality in the country to move on.