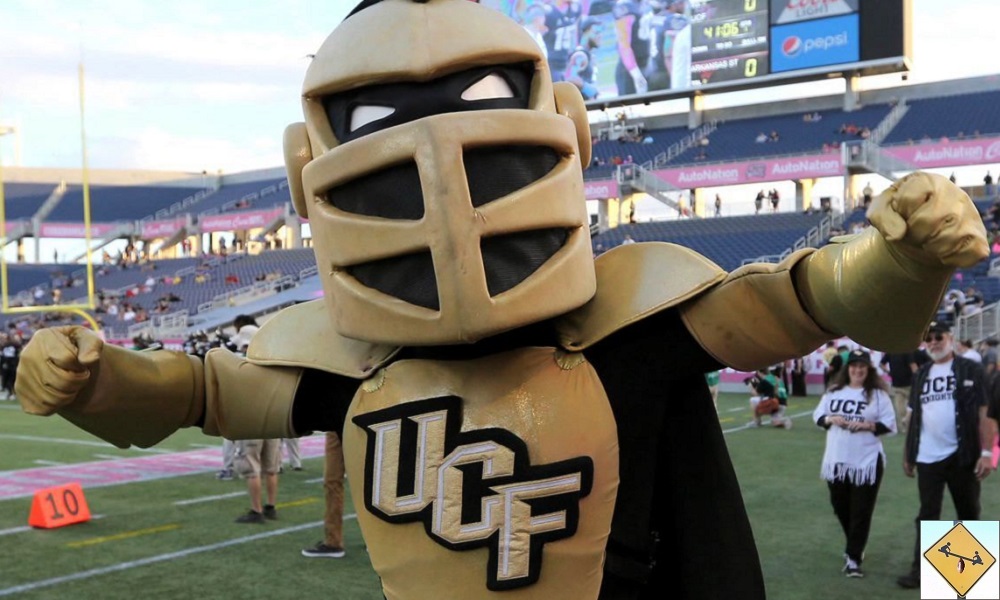 UCF went undefeated this season, but the Knights were never considered in the College Football Playoff. The BCS computers would have ranked them third, so is the new system already broken?

Casual fans perhaps love the inclusion of Alabama in the four-team playoff at the end of the month. What do they think about the season had by Central Florida? The Knights went 12-0 this season and essentially had zero chance of ever being included in the College Football Playoff. Since the playoff’s whole purpose was to be more inclusive to non-Power 5 schools than the BCS was, this is pretty disheartening; especially during a season when a number of the top playoff contenders were criticized for having weak schedules anyway.

The knock against Alabama or Wisconsin was that their weak schedules could keep them out of the playoff. It didn’t end up doing that for the Tide but did for the Badgers. But UCF was never even mentioned in this conversation. It finished 12th in the final committee rankings, behind every Power 5 club with one or two losses, and even behind a school with three losses. With real human people deciding, the Knights stood less of a chance than if the BCS computers were still in charge. No, seriously.

Apparently these computer rankings still exist in some form. (Shout-out to The Ringer for that nugget of information.) One BCS computer system currently has UCF third in the country. It is credited with five top-50 wins, tied for third-most in the nation. I’m not sure exactly what those five wins are, as only three appear evident when looking at the Knights’ schedule, but still! Another system also has UCF third overall, and still another has it first in the country. The entire reason we did away with the BCS was because people believed the computer systems were unfairly rewarding the top teams in a biased system that didn’t give the little guy a chance. At least, that’s the argument that was perpetrated, because the opposite was happening. It was the humans all along who were biased. Who’d have thought??

Having said all that, I’m not sure where UCF should be slotted this season. It has the best offense in the country, but that came against an admittedly weak schedule. As further evidence, just look at what Memphis did against a similar schedule. The two teams finished first and second respectively in the NCAA in scoring. UCF defeated the Tigers twice, but that dual success makes what the Knights accomplished feel less impressive.

Even an eight-team committee playoff would have left UCF out of the discussion this season. Group of 5 teams have zero chance before the season even begins. That’s how the system has always been, but things were supposed to be different now, which makes the same conclusion feel worse.

I realize what the argument against the BCS was, but it’s completely ridiculous! A computer can not inherently have bias. It’s a machine that is processing a given set of parameters within a program to provide a result. Humans input the parameters and humans design the program. The BCS itself was never bias and could never be bias. If any sort of Power 5 bias was present, it’s because humans programmed it to favor those schools over smaller ones like UCF. Yet we know this is not the case, evidenced by the secret BCS computers ranking UCF third this season.

Third place in the old system puts UCF in the exact same spot they are now, on the outside looking in. Previously the top two teams met in the BCS championship. Now we get four teams in our College Football Playoff. UCF qualifies for neither one after going undefeated, but college football is not a fair system with an even playing field. The professional leagues create an even playing field as much as possible. All teams draft from the same pool of players and have an equal shot at free agents. College recruiting is only as good as your coach and school. A team like UCF can only have a schedule as strong as the other schools in its conference, not including out of conference games. Its worth noting that the Knights had three games cancelled this season and never played Georgia Tech.

Personally, I’d much rather watch undefeated UCF versus Oklahoma or Georgia. There’s just something about being undefeated that is damn cool. Most likely they lose that game, but still! Alabama versus Clemson is awesome because of the rematch. The Crimson Tide going all season with only one loss is just as impressive, if not more so, than UCF going undefeated. Alabama does play tougher opponents and would have easily gone undefeated with the same schedule as UCF. I don’t think there’s much debate about that.

Non Power 5 schools do not have a legitimate shot at making the playoff, unless they play and defeat a top 10 or top 25 school while going undefeated. I do not feel as though they should be on par with Power 5 schools with only a single loss. But that is the human factor. That is why having a computer determine a ranking is more fair than any committee of people ever could be. UCF will play Auburn in the Chick-Fil-A Bowl, so we will get our answer of sorts. If the Knights win, then they will have beaten the team that beat Alabama. That adds legitimacy to their argument. If they lose, then all is right in the world.

UCF does have a great matchup in its bowl game, but all is not right if it loses! The Knights’ head coach, Scott Frost, took another job immediately following their conference championship win. He probably won’t coach the team against Auburn (though that remains up in the air). I find it hard to properly judge a team in such circumstances unless we don’t allow Gus Malzahn on the field either!