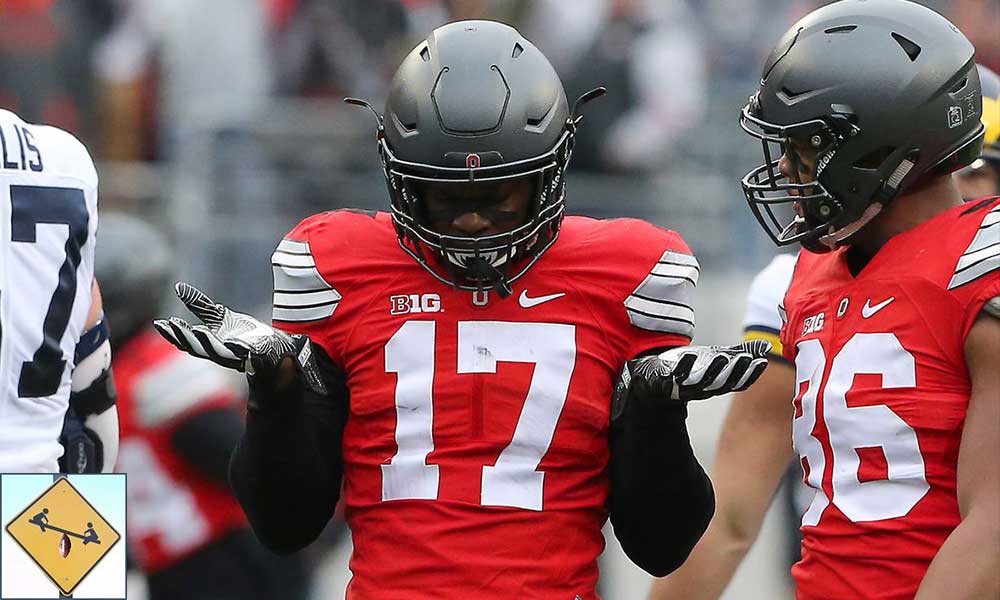 The college football 2018 season is underway, meaning we must once again address the elephant in the room. Do you challenge yourself with tough opponents, or pick up as many easy wins as possible? Only one trajectory leads to the National Championship.

The college football 2018 season has already begun. But it really begins in earnest tomorrow, September 1. I am always fascinated by the creation of teams’ early season schedules. On the one hand, it is a complete crapshoot. Universities agree to game matchups years in advance. Anytime you see a headline about so-and-so agreeing to play wherever in 2024, the same thing happened in 2012 to form this month’s slate.

It is kind of ridiculous. A good opponent six years ago won’t necessarily be someone worth playing in 2018. I don’t know the order of events, but did Ohio State foresee Oregon State being a heavy-hitter this Saturday? The Beavers are certainly not that, but in 2010 they were coming off four straight 8+ win seasons and three bowl wins in four seasons.

The other side of this early scheduling is the plan or direct avoidance of actual heavy-hitters. Maybe the Buckeyes wanted to play someone with weight this game, and it didn’t work out. Or maybe they didn’t want to at all. Where do you stand on how a team should want to schedule pre-conference games (whether it turns out like that or not)?

Playing those FCS or weak FBS teams in weeks one and two pads victories without a serious risk of gaining a loss. However, playing a top 25 opponent gives teams a chance to build up their resume, which is vital to making the four-team playoff.

If past playoff fields are any indication, scheduling tough opponents is important to a point. UCF had no chance of making the playoff field last year because it didn’t play anyone. But playing someone tough and losing is obviously far worse in the minds of the committee than beating someone easy. It is a balancing act for schedulers.

This brings us back to the start of the college football 2018 season. Would you rather be the aforementioned Ohio State, favored by 38.5 points over a middling Oregon State team, or the Washington Huskies? The latter travels to Auburn with a loss perhaps immediately eliminating it from any hope of a playoff berth. The Pac-12 likely isn’t strong enough to push a one-loss Washington team far.

We are looking super far ahead, but that is what the college football schedule requires, since so much is based on subjective guessing and measuring. A win for Washington at Auburn would be huge. It could double as the biggest non-conference win of any team all year if it happens. But if it doesn’t (and the Tigers are favored at home), UW is out of the national conversation before the season even gets rolling.

There is only ONE way to approach the start of the college football 2018 season, or any football season for that matter. As a former player of the wonderful game of American football, I can speak directly to the mindset required to succeed. Hell, this mindset is necessary to succeed at most anything in life. In order to be the best, you must beat the best. Perhaps I should quote a great song instead. “Ride or Die.” Bring on the best, because you aren’t very good if you can’t beat them.

Football is all about confidence, like sports and life. Building confidence with quality wins to start your season is critical. Anyone can beat a bad Oregon State team, like Ohio State is about to do. Sure, a win is a win and they start 1-0 this season. But that win means very little to your confidence as a team. A loss would ruin you in that situation. Defeating a solid Auburn team reinforces how you already feel about yourself, gives you legitimacy in the eyes of the public and the country, as well as creates a wave of confidence needed to carry you to undefeated heights this college football 2018 season. That is Washington’s trajectory.

If Auburn defeats Washington, then the Huskies had a “good” loss to start their season. If they get blown out, then they were never very good to begin with. Who cares if they win the Pac 12 conference? They aren’t making the CFP because they aren’t good. But a win or close loss and they are in the driver’s seat. Challenging yourself is always the better choice. That is what OSU attempted to do, but fell short on. Considering the number of top 25 teams facing off in week one, this is common sentiment among the programs.

Imagine if everyone scheduled cupcake games for September in college football. How boring would that be!? Would we know anything about the top 25 schools? You have to beat the best to be known as the best. You can’t get labeled as such and then sit around in your underwear eating Cheetos. That is no way to win a National Championship.