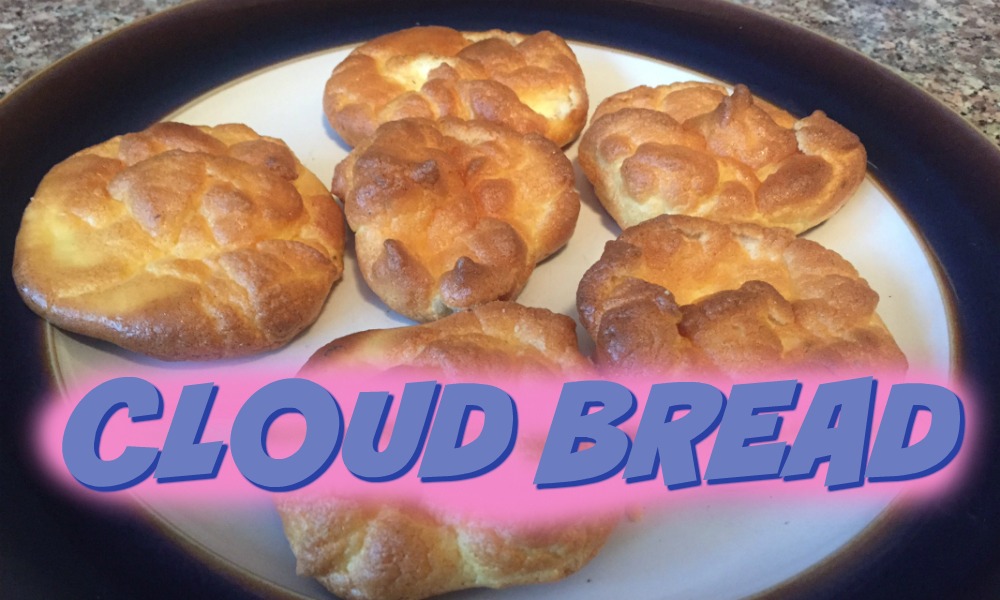 I discovered cloud bread last year and was intrigued. I love bread, but there are times I crave “bread” without all the carbs. I’ve now made cloud bread multiple times, and after numerous fails I nailed the recipe. Here are my cloud bread recipe hacks, along with some secrets!

For those of you that don’t know, cloud bread is made with eggs, cream cheese, cream of tartar, garlic powder, dill, and thyme. That’s it! You can find my complete ingredients list and directions down below. It’s a super simple recipe too. That’s why I was shocked that my “bread” turned out so crappy the first time I made it. The cloud bread recipe required further instructions.

First, you need to master your egg whites. This recipe asks that you separate your egg yolks from your whites. You then meringue your whites with the cream of tartar. If you have a stand mixer, use it. It’s so much easier to just let it go on high. You want the whites to really stiffen up.

ALSO ON BUZZCHOMP: Running Advice – Get Excited for Running Soreness

Our next secret is about timing. Prepare your egg yolks and cream cheese while your egg whites are becoming meringue. Use a hand mixer to smooth out your cream cheese, then add your yolks one at a time, followed by your spices. Doing this while the egg whites stiffen lessens the time that your egg whites will settle. I find it’s best to mix your stiffened whites with the egg and cheese mixture as quickly as possible. You want to also make sure that your whites remain as stiff as possible, so don’t over mix them or they’ll get runny.

I’ve tried multiple recipes for making cloud bread and they all recommend baking at 300 degrees Fahrenheit for fifteen minutes. I don’t know what oven they’re using, but 300 degrees is too low. After fifteen minutes the inside will not be cooked. You need to bake them at 350 degrees Fahrenheit for twenty minutes. You want the tops to be golden brown and the insides to be fully cooked. If you bake them at 300 degrees, they will take at least twice as long! Don’t get fooled by those other recipes and their false claims.

This recipe is super easy kids, but don’t forget my secrets! Cloud bread does not disappoint. You can store it in your fridge and warm it up for carb free sandwiches! I love this recipe. Sometimes you need to adapt a bit and create your own hacks, which is exactly what I did to make sure I made the perfect cloud bread.

More from Mandi: Restarting Your Fitness Journey Can Happen Now!

Cloud Bread Recipe Photo Credits to: Yours truly and www.thesource.com