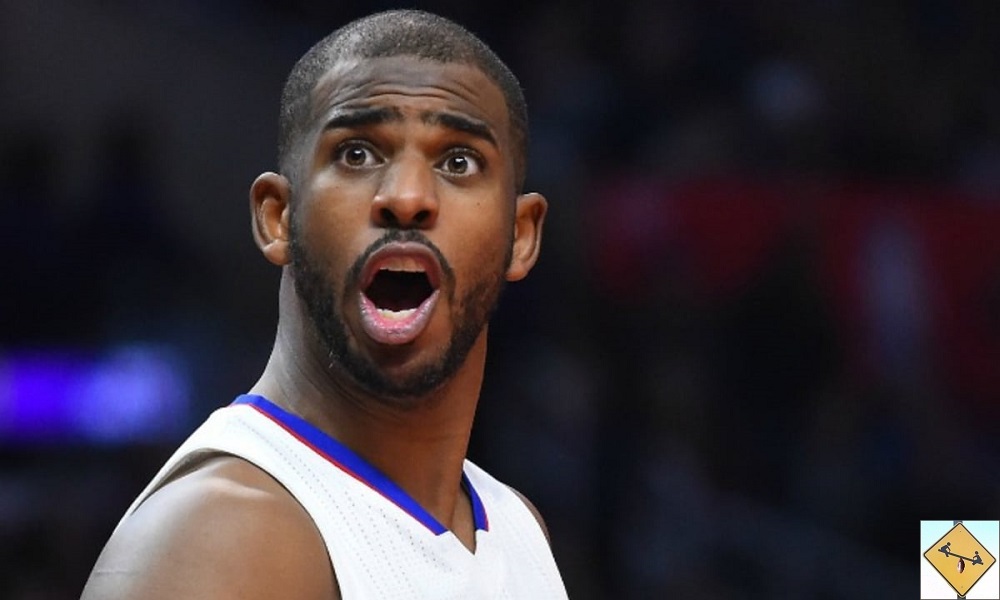 Chris Paul got traded from the Los Angeles Clippers to the Houston Rockets for a king’s ransom. He was gushing with emotion afterwards and full of quotes. But which of these four NBA quotes were actually said by Paul? They said what?

The NBA offseason is even more fun and exciting than the actual season! By now you know that Chris Paul was traded from the Los Angeles Clippers to the Houston Rockets. The transaction sends seven players, a first round pick in 2018, and over $600,000 to Los Angeles in exchange for Paul. We know that he has an “unbelievable amount of emotions right now,” which got us thinking. Chris Paul has said a lot of great things over the years, but which of these quotes are actually his?

We’ve got four NBA quotes, but only two are from Chris Paul. Which two quotes did the newest member of the Rockets say? Which two are by someone else? Game on.

1) “I know you want me to let you in on some big secret to success in the NBA. The secret is there is no secret. It’s just boring old habits.”

2) “In everything I’ve done, I’ve always just hated to lose more than I like to win.”

3) “I play basketball to win a championship. That championship is everything to me. And that’s what gets people to buy in to your brand – being a winner.”

Which two quotes were said by Chris Paul? Which two were not? The trade was monumental. Can you live up to the hype by winning this game?

I have absolutely no idea how Paul is going to fit in with James Harden and the Rocket offense. However, I do have at least an inkling of which of these quotes Paul uttered. I won’t go any further than an inkling because a couple of these quotes could have been said by pretty much any NBA star in history with nearly identical phrasing.

My gut says that Paul said quotes 1 and 2. Here’s why.

Considering he has found so little postseason success in his career, I would easily believe Paul thinks luck has just been against him, which would lead to quote 1. There is no big secret. If there was, Paul would have sought it out. As for quote 2, I think he said that as well mostly because I don’t think he would have said 3 or 4.

I don’t remember CP3 speaking much of his brand. He definitely has a brand as the Point God and the State Farm insurance guy, but he doesn’t talk about it as much as other players. I also can’t imagine him saying the final quote because he definitely doesn’t play like that at all! He saves himself during stretches of games and chunks of the regular season. He holds his offense until late in games. He doesn’t at all play like every game is Game 7 of the Finals…not that he’d know what that felt like anyway!

So close, yet ultimately one for two. The second quote was uttered by Chris Paul, but our first belongs to Ray Allen. Ironically, its quote three that is also Paul’s. He must have said this as he was leaving New Orleans for Los Angeles. Otherwise, it feels out of character. Gotcha!

The fourth quote belongs to Kawhi Leonard. While he doesn’t know much about the NBA Finals thus far in his career, he actually plays as advertised. Time will tell if his Spurs remain ahead of Chris Paul’s Houston Rockets. I’m guessing they do.