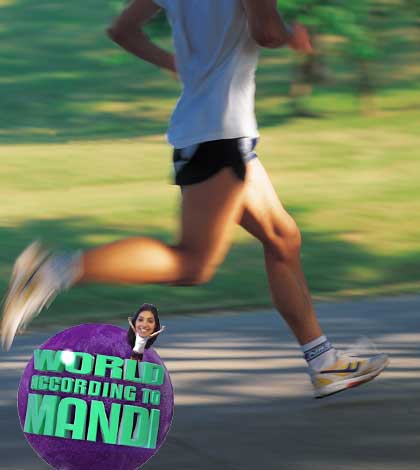 It’s time for us all to take a moment and reflect on our fitness goals, especially the ones we’ve achieved!  Normally what happens with fitness is that you reach a goal and then you make a new one, with little time to reflect upon what you’ve accomplished.  Today is the day! Let’s rejoice and reflect on our goals!

Here goes; I’m going to share a big goal of mine.  It’s been five years in the making because five years ago I got sick, lost my stamina to run, and immediately set this goal.  I found out I had cancer five years ago (I’m thankfully all clear now) and the first thing I was told was to limit my physical activity.  In my head I immediately said fu** that! Hell no! How could I not run?  How could I not workout?  Well no matter what I desired, I couldn’t workout like I had and I’d completely lost my ability to run.  I did mostly walking and yoga.  Most of the time, during my six months of treatment, it felt like I’d run six miles even though I was only going a mile, having cut my physical activity down to less than a quarter of what I’d done before. Insert fitness goal here!

My goal was simple, but difficult. I knew I needed to run. Truly run! I had to get my stamina back, my speed back, and take things to a new level. I’d been an occasional outdoor runner; once a week, sometimes twice, and I was a faithful 30-40 minute treadmill runner.  That was before. Something changed in me and now all I wanted to do was run outside and keep on running! Let me tell you, getting back into running has been the hardest thing I’ve ever done! It was such a mental challenge for me because running had been so effortless before.  I’d taken for granted how easy running came to me, and now I was truly appreciating it. Hot damn! Five years later I’ve achieved my goal and I couldn’t be prouder.

Now for some details as we revel in a fitness goal achieved. Three years ago I moved to Brentwood and had my goal in site. I was determined to run outside daily and to be able to just run! But it definitely took some major time to build myself up.  I’d been running a lot on the treadmill and outside in my old neighborhood, yet running in Brentwood was a beast I’d never encountered before.  There are tons of hills, steep ones and gradual ones, and the last mile of my run is almost always up hill! My legs were always sore and the hill at the end was killer, but I pushed through it.  I started running a route that was 4.5 miles, unable to go without stopping at first. So I set an intermediate goal! I wanted to run the whole thing nonstop and run it at a solid pace. During the first few months of running it, my pace was horribly slow! It was definitely frustrating and my man was so much faster than me which made it more frustrating. He pushed me to get faster though. Intermediate goal reached within the first year of living here!

My long-term goal took a bit longer to achieve. I wanted to just run, no limits, and go all the way down to the beach and back.  I wanted to do it effortlessly, like I remembered from before I’d been sick.  I wanted to run for an hour or more and feel flawless after.  Well I kept chipping away, run after run, month after month, and now a full five years later, GOAL achieved people!  I now run at least 100 miles a month.  I run 30 – 40 miles a week and I can run an hour and twenty minutes by myself and still feel fabulous! It happened. I reached a major fitness milestone! It took a lot of work and a lot of time, but I just kept reminding myself of how I felt when I couldn’t run.  I broke through mental wall after mental wall, never wanting to feel that way again.

I made a promise to myself five years ago and I’ve kept it with me everyday.  I didn’t put a time limit on how long it would take. I simply worked to achieve my goal! Now my pace is getting so strong.  I push my man and I to run faster and longer and I always feel great, never once wishing I’d chosen not to run. A day doesn’t go by that I don’t remind myself of how far I’ve come. Remember; celebrate all your fitness goals achieved! No matter how small or large they are, it will push you to reach new goals. So, take a moment and be proud of yourself. Congratulations! You did it!