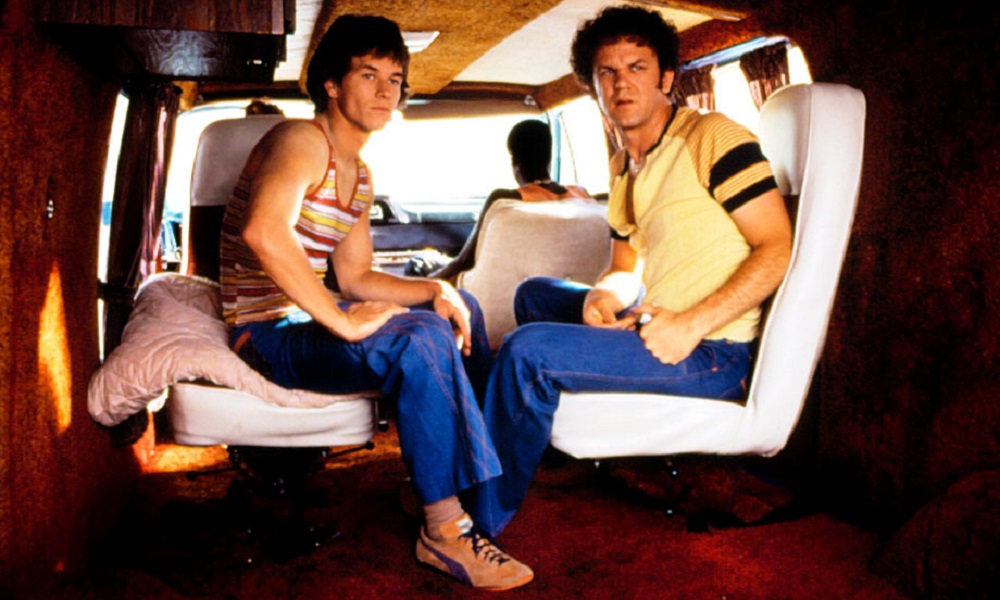 Twenty years are a long time in the movie industry. Times change; pop culture changes even quicker than that. Boogie Nights, starring Mark Wahlberg and a cavalcade of future stars, came out 20 years ago, in October of 1997. It was a well reviewed movie at the time. Now though? It’s an uncomfortable, comedic romp thanks to the heights these actors have since reached.

The story doesn’t have as sad of an ending as one would expect. Diggler is able to turn things around, sort of. It’s a blur of a tale, though the movie extends past two and a half hours. It’s a weird bit of director trickery by Paul Thomas Anderson (I know!) that a movie that long can feel like it moves too fast. We go from Diggler winning every porn award there is to being kicked out of Reynolds’ mansion within the span of an eye blink. Of course, that is slightly the point. There is no reason to linger on his success. That isn’t the interesting part of his tale.

Wahlberg is in rare form in that he manages to be a bad actor, because he is supposed to be kind of bad, though no one can tell if it is totally on purpose. He is wild and campy and silly, though is that a young Wahlberg, or is that him making his character a bad porn actor? No one can be sure! We get the same glimpse of Reilly, as well as smaller outputs from Don Cheadle and Julianne Moore. And then there’s the creepy hanger-on played by Philip Seymour Hoffman, as well as the doomed stagehand played by William H. Macy. This movie had a bevy of heavy hitters before they emerged. In other words, Boogie Nights was a breeding ground for stars. And Reynolds, the veteran, was on-point.

Don’t watch this movie all in one sitting. Again, it’s too long, though the plot carries well. Watch it in pieces, enjoying each step made by movie stars before they were stars, wondering what each thinks of their old role. We already know Wahlberg regrets being in the film. I’m sure everyone else is secretly proud of it.