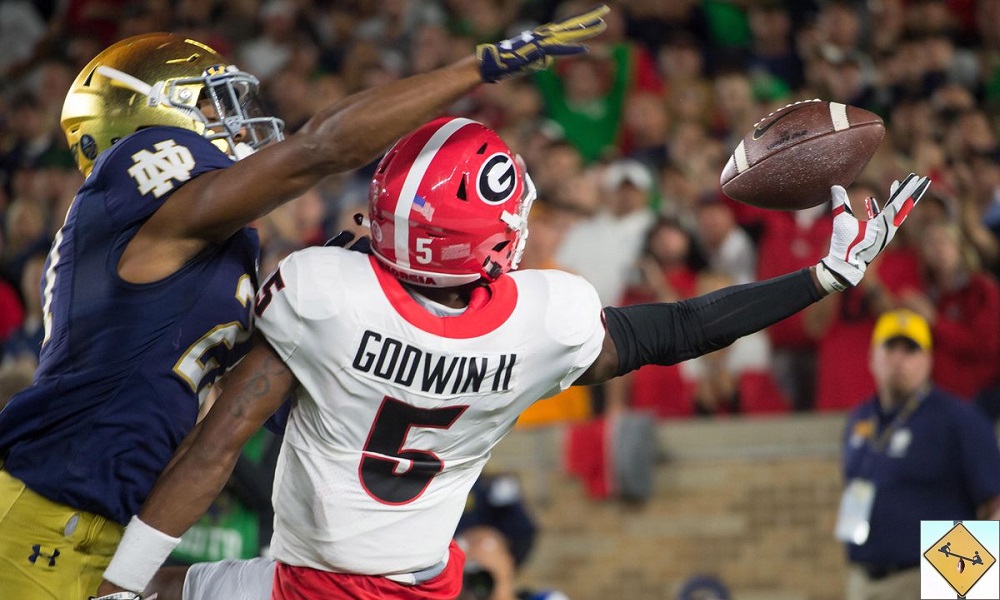 The first edition of the College Football Playoff committee rankings come out tomorrow, giving us an early glimpse at where the title contenders stand. Through two months of the season, this is incredibly valuable this season in particular. No one is sure which teams are any good.

Taking a look back at the preseason poll is already hilarious. We put so much stock into it, but it is so, so, wrong.

Florida State was #3 in the country. The Seminoles are currently unranked, with a 2-5 record. USC was #4. The Trojans are now #17, having lost to two of their three ranked opponents. That is just from the top five. The rest of the top 25 is obviously vastly different, with a few exceptions.

Alabama is still around. Ohio State, Clemson, Penn State, and Oklahoma are lurking. However, all non-Tide contenders from the early season already have losses. That means teams like Georgia and Wisconsin have crept up the standings and into the playoff hunt. Do we really think Georgia is the second-best team in the nation? Of course, who knows about Alabama really. It doesn’t have a single win of note to this point after the collapse of FSU.

I’m still hesitant to anoint teams that have risen just because a team above it lost. I want teams to rise because of quality wins. That’s why I leave Ohio State in my playoff foursome, along with Bama, Clemson, and, controversially, Notre Dame.

I know it makes little sense to put Notre Dame ahead of Georgia since the two teams played and ND lost. (I also encounter the same issue with OSU over the Sooners.) However, the Irish have a better resume, with wins over USC and NC State. The two squads are essentially even in FPI but the demise of the SEC overall ruins my impression of Georgia.

This is just the first edition of the playoff rankings, so nothing is set in stone. The tricky part for the committee is deducing who the best four teams are right now, not projecting down the line. I think I may be going a little more with eye test for my first edition. At least we have a month to change our minds.

It is completely hilarious how wrong the preseason poll was, minus Alabama, so the initial College Football Playoff ranking offers no hope of legitimacy. Again, there is the lone exception of the Crimson Tide. We know Alabama is very good, but how good is certainly up for debate. Clemson, Ohio State, and Penn State are also good teams. But Virginia Tech’s only loss is to Clemson, so what makes them worse than Penn State who only lost to Ohio State? Miami is undefeated, as are Georgia and Wisconsin. But so is UCF and no one is giving them serious consideration.

The SEC is given preferential treatment in the rankings and polls, so I expect much of the same to kick off the CFP rankings. This will change by the end of the season, but in our initial College Football Playoff rankings we can expect some bias. Alabama, Georgia, Ohio State, and Wisconsin will be our top 4 teams. They are currently the top 4 teams in the coach’s poll and AP Top 25. Three of these teams are undefeated, so its an easy ranking. OSU will get in because everyone assumes they are really good, even if we need a larger sample size to know for sure. I don’t trust Georgia, but being undefeated and from the SEC will be enough to earn them the second spot as the CFP rankings kick off.

If Virginia Tech wins out, they will knock Miami from the ranks of the unbeaten. If Miami wins out they will have defeated Notre Dame and VT to finish their undefeated season. Wisconsin’s road to being unbeaten appears easier on paper, but no more so than Georgia and Alabama. The real test of the Playoff committee will be if the season ends with four legitimate undefeated teams. Alabama, Georgia, Wisconsin, and Miami will all have a real claim to a playoff spot if they win out. Yet all four will not get spots. The lure of Ohio State and Clemson is too great. Strength of schedule will matter. But I’m not sure it should. Winning every game is the best accomplishment a team can have.

I expect Clemson to finish the season with a playoff spot. My instincts tell me Ohio State will not make it and neither will Georgia. But Wisconsin feels like a safe bet right now. Alabama is a shoe-in, as long as something insane doesn’t happen. Hopefully the fourth spot will be up in the air, so there’s real drama to end the season. I love debating an undefeated team’s credibility versus a team everyone knows to be really good. That’s what makes the College Football Playoff fun!

More Sports: Golden State Warriors or The Field? Who Wins It All?