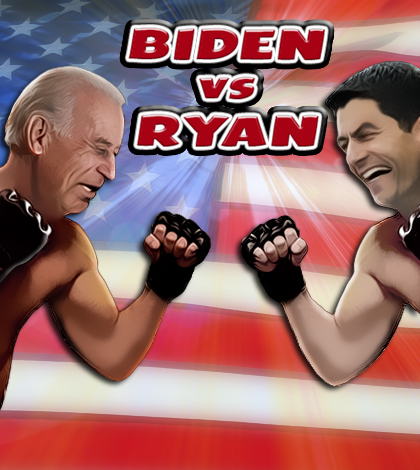 Biden and Ryan squared off tonight for the 2012 Vice-Presidential debate. It started fast and quick. They debated on topics ranging from taxes to foreign-policy.

Biden and Ryan came up with their gloves on. At one point Biden interrupted Ryan stating “That’s a bunch of Malarkey” as Ryan retorted later, “but I think people would be better served if we don’t interrupt each other.”

Biden seemed to help bring the Democratic Party together as they were still recovering from a gentler performance by Obama. Biden was the pit bull the party needed as he laid into Romney about his 47% remark about Americans not taking responsibility. Then Biden suggested the Republicans take responsibility stating ‘‘It’s about time they take responsibility’’ instead of signing pledges to avoid raising taxes.”

Ryan came back with a jab “Romney cares about a 100 percent of Americans”. . the vice-president very well knows sometimes words don’t come out the right way.”

They continued to disagree throughout the debate. Vice-President’s are known to take the more aggressive approach than their running mates. Biden clearly did that and pleased the President. When asked by reporters after the debate President Obama stated, ‘‘I thought Joe Biden was terrific tonight. I could not be prouder of him.’’

Stay tuned for the 2nd political debate with Obama and Romney October 22nd.