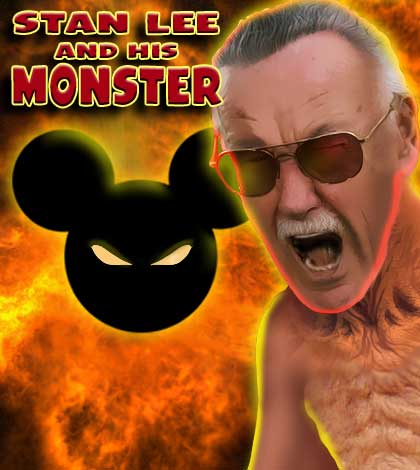 Maybe you’ve seen the headlines in entertainment news this week: “Stan Lee Media Sues Disney for Billions Over Marvel Rights!” And you thought, wow, yeah, Disney is making money hand over fist with The Avengers movie alone. Then there’s TV shows, videogames, toys and… who knows? Maybe billions is a lot, but come on, they must owe Stan big time for creating most of those characters.

The answer, my friends, is that poor Stan Lee’s name is caught up in a maze of confusion. (Let’s not even get into that “creator” title which some people have problems with.) Intellectual property rights can be more complex than one of Loki’s schemes. For though he founded the company that bears his name, Stan Lee actually has nothing to do with Stan Lee Media. In fact, the company that he DOES currently run, POW! Entertainment, has a nice cushy deal with Disney for project development.

Stan Lee Media actually did not get founded until 1997, after Marvel Comics decided that it could stand on its own without Stan as its figurehead. Whether or not that was a wise decision is for history to decide; yes, Stan did sue the company for a greater share of the profits from his characters in other media, and let’s just say that the eventual settlement leaves Stan pretty comfortable.

But he’s a restless kind of creator, and he likes being relevant, so with his friend Peter F. Paul, Stan started this company in his name to take a big chunk of the burgeoning internet. You might recall a concept called “The 7th Portal”, which launched Shockwave and ran on Fox for a while.

Though that was briefly successful, it turned out that things weren’t on the up and up within the company, and kindly Uncle Stan left Stan Lee Media after it filed for bankruptcy in 2001, and after his partner in the company, Peter F. Paul fled the country on charges of securities fraud. (He’s currently serving a 10-year prison sentence.) Stan quietly transferred some character rights over to his new company, and with POW!, he has never looked back.

Somehow, this company Stan Lee Media still exists out there, having escaped bankruptcy in 2006. The corporation claims that Stan assigned the rights to all his Marvel creations to his own company in 1998, before (I guess wrongfully) re-assigning them back to Marvel Enterprises a couple of months later. But come on: they really weren’t his to assign in the first place, though Marvel clearly acknowledges that without Stan Lee there would have been no Marvel Comics.

And Disney knows it, too, which may be one reason why after acquiring Marvel Entertainment a few years ago, they brought Stan in to set up his shingle as well. If there’s one company that understands the value of a flesh-and-blood symbol, it’s Disney. They bought the rights to their founder’s name and image lock, stock and barrel sometime in the 1980s. It wouldn’t be too surprising if eventually they bought Stan, too.

They mean the Man, not the Media.

by Derek McCaw of Fanboyplanet.com