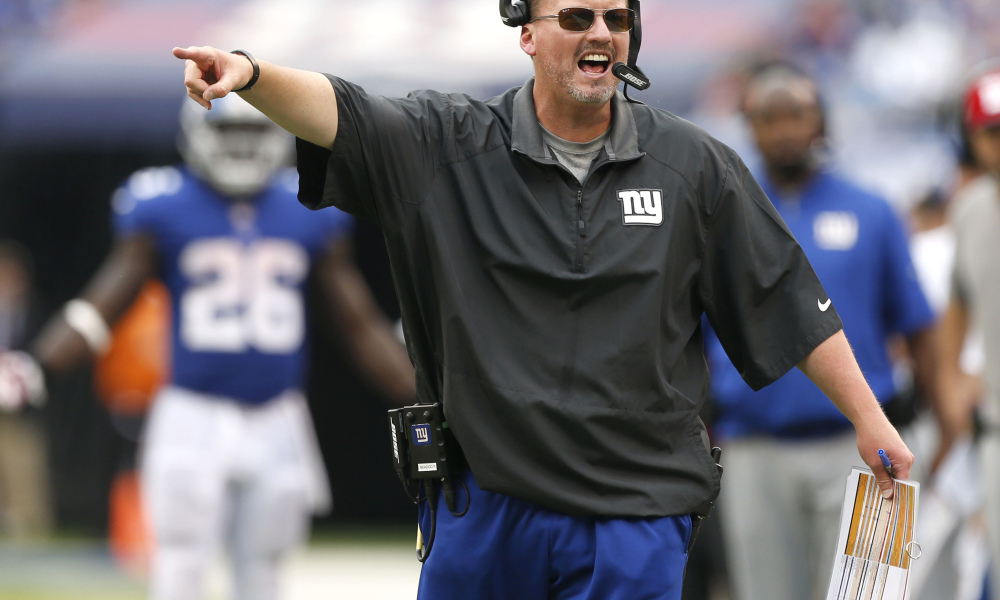 After another confusing press conference, it’s become clear that New York Giants head coach Ben McAdoo may not be quite on the level of his peers, both on and off the field.

The New York Giants season can get worse. Pay up; you all lost that bet. Besides facing the San Francisco 49ers in Week 10 in what is likely the worst football matchup network television producers could have drawn up, the Giants continue to make headlines off the field because of their head coach.

This week, we first had word from ESPN that players on the team feel as though Ben McAdoo has lost the locker room. This came on the heels of an embarrassing Week 9 performance in which New York got its doors blown off and appeared to quit against the Los Angeles Rams. The players making the declaration wished to remain anonymous, for obvious reasons. They are expressing the opinion that New York is playing behind a lost head coach even though the organization has said it will stick with McAdoo for the rest of the season at least.

Over the next few days, teammates called the reports cowardly and disputed that McAdoo had lost his team. Going a step further, when McAdoo himself was asked about the report, he called it fake news because the sources were anonymous. Chalk this one up to yet another instance of McAdoo perhaps not knowing what words mean.

Fake and anonymous are not the same thing. This brings back awful memories of just a few short weeks ago when McAdoo gave up offensive play-calling duties because his entire team needed his attention. He doesn’t know what anonymous means, and he didn’t know what a head coach was. After 10 weeks, maybe he’s finally caught up to the rest of the NFL. Maybe.

McAdoo has fallen into the trap that Trump has incidentally brought upon us all, politics notwithstanding. The word “fake” no longer means what it should mean. It is now simply a catch-all for something that disagrees with your stance or opinion.

An anonymous source isn’t fake unless you believe the journalist (in this case, ESPN’s Josina Anderson) is a liar and a fraud. That was essentially what McAdoo was saying by not knowing what he was saying. He called Anderson a fraud of a reporter.

As evidence continues to pile up off the field that Ben McAdoo doesn’t know what he’s doing, the facts on the field speak for themselves.