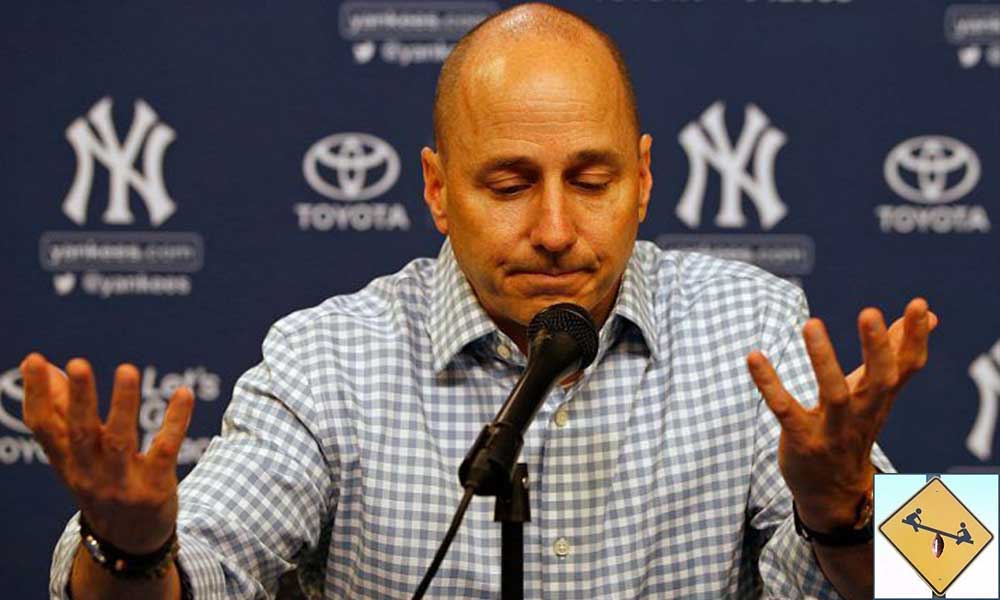 As we are in the midst of post-season baseball awards, with the biggest ones yet to come, one situation still bears extra attention. The New York Yankees are without a manager. Teams normally like to have a manager heading into the offseason and winter meetings. It isn’t a decision to be rushed, but it does need to get taken care of, and fast.

That was the biggest issue with New York moving on from Joe Girardi. There wasn’t a clear replacement and certainly no clear upgrade. Brian Cashman has said that Girardi didn’t communicate well in the clubhouse. So his replacement will need to, but that mysterious man will also need to do everything else that Girardi did well.

It’s a touchy subject and one that has a bigger spotlight on it because A) it’s the last remaining managerial opening, and B) the New York Yankees had a spectacularly good season under Girardi.

The Yankees weren’t the only team to move on from a manager who led his team to the playoffs. In fact, three playoff teams jettisoned their leader, which is truly bizarre. Each organization had their own reasons, but collectively, this has to be a worry for coaches elsewhere. What does it take to have job security??

ALSO ON BUZZCHOMP: Astros Proved MLB Tanking Works, But Does It Really?

The Red Sox won three division titles and a World Series under John Farrell. See ya! The Nationals won at least 95 games in each of Dusty Baker’s two seasons on the bench. Peace out! And Joe Girardi won a World Series and took this year’s team all the way to game seven of the ALCS. Bye bye!

It’s kind of unbelievable. In a sport where a manager’s value is very fluid and somewhat innocuous, you’d think someone who consistently won would be good enough to keep around. Is this about unrealistic goals? Maybe that mysterious value is instead playing against these guys. We aren’t positive how valuable these guys are, so there is little harm in switching things up for one reason or another.

In Boston, the reason was Farrell’s lineup construction. Over in Washington, it was Baker’s insurmountable postseason hump. In New York, Girardi’s locker room personality felled him. These are all reasons for firings only if you believe a manager doesn’t have that much impact on his team. Why else would 95+ wins not be good enough to earn Baker another year when the postseason is such a crapshoot, or why would postseason titles not buy Farrell and Girardi more time? It’s a worrying trend indeed. Let’s just hope the Yankees don’t sign Baker; that dude can’t win the big one!

Aaron Boone is rumored to be in the running for New York’s managerial position. I like the mindset of bringing in a former player and postseason hero to run your team, but I have no clue about Boone’s credentials on the bench or in the locker room. What I do know as fact is that Girardi ALWAYS did more with less and won big in a year that was supposed to be a rebuild project. He leaves big shoes to fill. Former manager Eric Wedge has been interviewed, as well as Yankees bench coach Rob Thomson. Whomever is chosen will receive very high expectations.

Boston hired a rookie manager and it appears the New York Yankees might do the same. Both teams will be fielding winning squads next season, so I’m left to believe that the hope is these managers will craft the organization in their image… or just do whatever the general manager tells them with a smile on his face. We don’t know how much pushback these former winning managers gave to their respective GMs, but we do know that all three earned the right to speak up. Yet its the GMs who crafted the lineups and pitching staffs. They deserve the credit for building a winner, even if the managers are the ones leading the charge. I’m not sure if this is an ego thing, but managing a baseball team is still a crucial role.

ALSO ON BUZZCHOMP: The Kevin Spacey Takes are Flying

Because the MLB season is so long, it’s an important job to manage the energy of your team. A manager must know each player’s strengths and their ability to perform with different levels of rest over the 162 game marathon. Personalities and the media must also be managed. I could care less if a manager butters up the media or gives them the cold shoulder. A team’s manager has one job, to win baseball games. Doing so deserves respect and I do not like this trend of firing winning managers. I do like the trend of hiring former players and giving new people an opportunity to lead a team. I suppose a manager’s main job in reality is to ensure the GM likes him and is winning in the process.