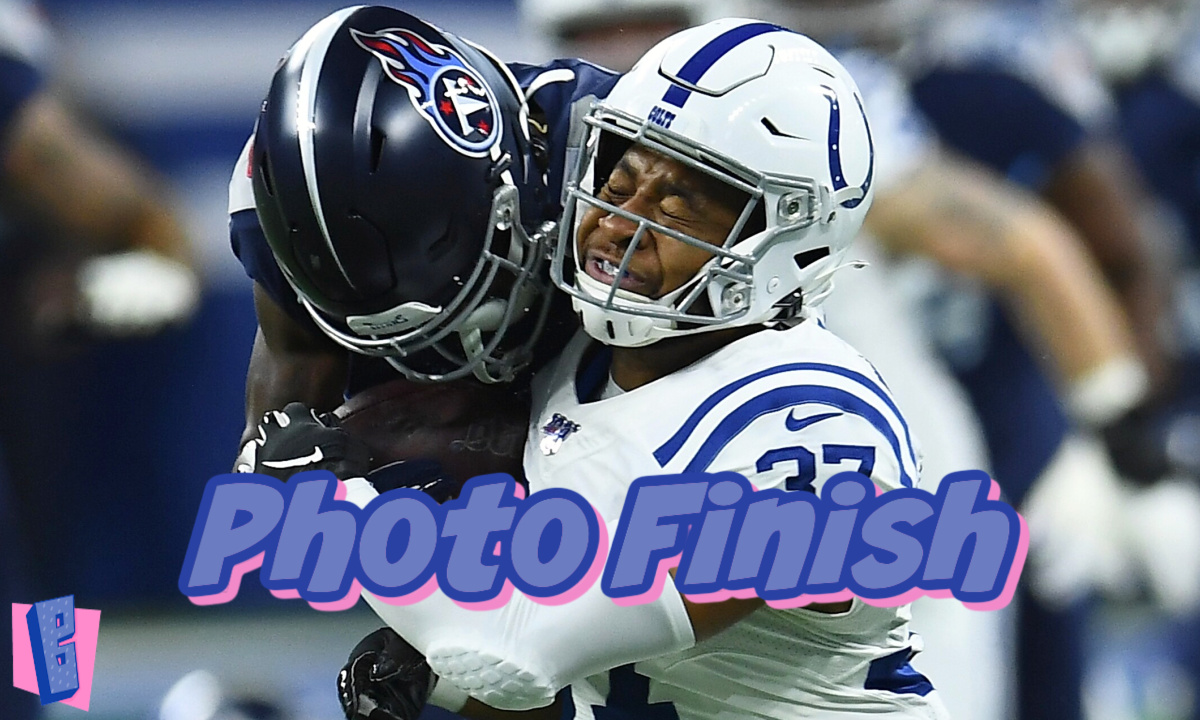 Everyone agrees who’s at the bottom of the AFC South division, but its a true power struggle at the top. Does Matt Ryan push the Colts ahead of Tennessee, or will the Titans run it down their throats once again?

The Tennessee Titans dominated the AFC South in 2021. They did so despite not having the best point differential in the division; that belonged to Indianapolis. They also finished as the worst division winner in the game with that +65 differential. Thanks to a potentially fluky 6-2 record in one-score games, Tennessee was one of the luckier squads in the league last year.

A team in that position would be excused for taking a step back, prepping for the future. The Titans drafted a rookie quarterback in the third round, one with first-round talent. They also traded away their biggest name player in A.J. Brown. It felt like, yeah, maybe Tennessee realized it played over its head in ’21 and should retool for the immediate future rather than running things back.

But that ignores the elephant in the room. The AFC South is so bad that Tennessee is still one of the favorites to take the division crown, slightly trailing the aforementioned Colts in division odds. Have they really ‘lost a step’ to Indianapolis, or is the idea of a rebuild being overstated?

After the Titans, Jacksonville is being given nothing but a puncher’s chance to win the division, at +750 odds. Houston is being given little to no chance, at +2500. Neither of those teams are ready to compete. So the question comes down to whether retooled Tennessee can actually compete with Indy. Prepare for a power struggle until the bitter end.

In order for Tennessee to succeed, the healthy returns of Derrick Henry and Robert Woods are paramount. Rookie Treylon Burks is the de facto Brown replacement, but he doesn’t have to be the go-to guy if Woods comes in healthy. Jeffery Simmons, Bud Dupree, and Kevin Byard anchor all three levels of the defense. This team may only have two real weaknesses in terms of roster units. Of course, I’m burying the lead here. The weaknesses are likely to be at quarterback and offensive line, AKA the two groups that should immediately sink a team’s ability to compete.

Also on BuzzChomp: Not Okay Movie Is Hilariously On Point

Now, Ryan Tannehill isn’t a bad quarterback, but we know he can’t carry a team. Nor does he elevate his teammates. In the other locker room, we see the Colts, who should have a very good o-line and brought in one of the highest-quality quarterbacks in the sport, albeit one past his prime. The Colts, too, have playmakers at all three levels of the defense. If Michael Pittman takes another step up in his development at wideout, I could see this division going the same way it went in ’21, just with a different champion. I think Indy runs away with things, followed by Tennessee as a default second place, then Jacksonville, and Houston.

Matt Ryan is an excellent quarterback and the Colts were a good team before he arrived, but am I the only one who believes Tennessee knows what it’s doing? The Titans keep winning a lot with Tannehill. Henry is going to come back and be very good, if not great. Plus, that rookie receiver you dismissed is the exact archetype as AJ Brown. I’m guessing Tannehill can get him the football. Titans win the AFC South once again.

It’s not simply that Tennessee keeps over achieving, but it’s how easily they keep doing it that has me a believer. Something about the Colts also has me a little worried. Enough so that I believe they win a game or two fewer than the Titans. It’s good enough for second in this division and even a wildcard spot, but not good enough to top Tennessee.

Jacksonville pulls up third with a much improved record this season. They aren’t playoff ready, but they start to look formidable. That’s saying a lot, considering the depths they have been in to this point. Houston is unofficially tanking, because the Texans need more talent and therefore need draft capital to get it. I don’t see how they win more than four games in 2022.

Because both the Colts and Titans will be winning with defense and the run game, they possess the weapons to go deep in the playoffs. Unfortunately, neither team has the obvious deep threat of our other AFC powerhouses. This will be their downfall come playoff time. But for now, it’s Tennessee sitting atop an up and coming division.