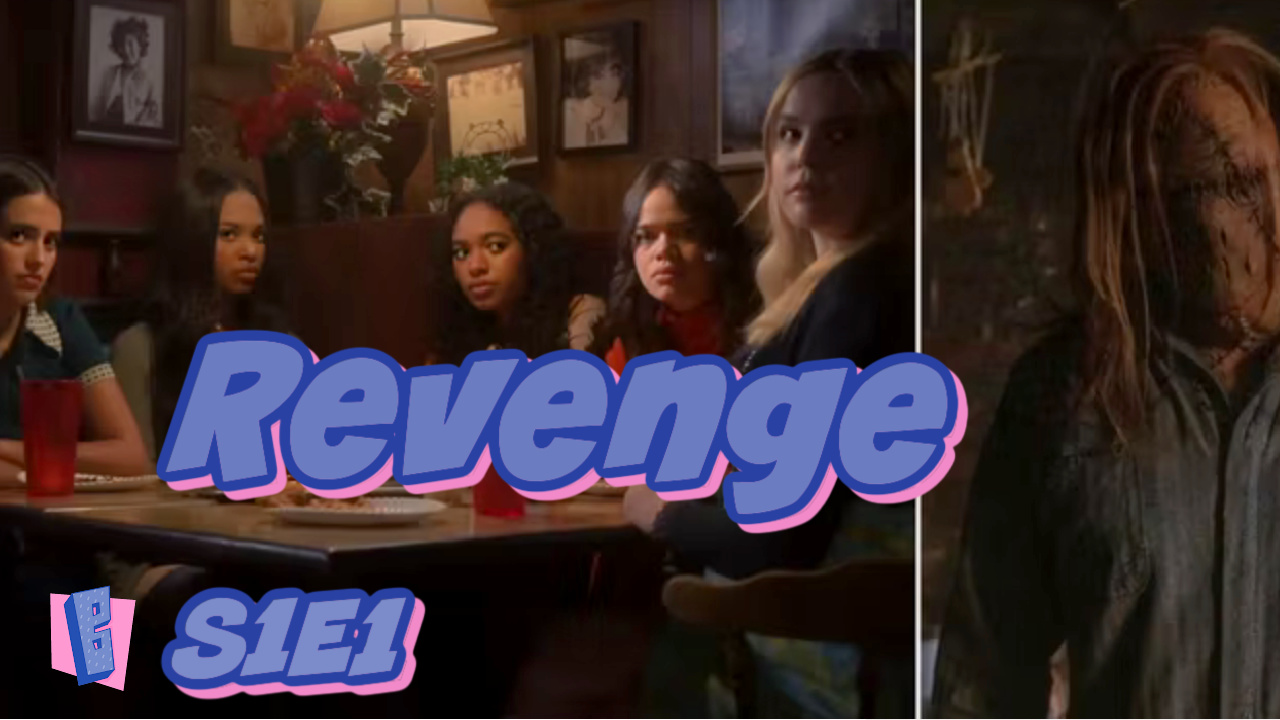 Pretty Little Liars Original Sin season 1 premiere is all about A’s revenge. HBO max gave us three episodes! This is such a treat. I thoroughly enjoyed all three and I’m looking forward to finding out more about the mystery!

Episode 1 is all the backstory. It sets up A’s revenge and why he’s doing what he’s doing. We don’t get any hints though as to who he is. It’s obvious that he is someone connected to Angela and he’s enacting revenge on the liars because of the sins of the Mothers! I love that Pretty Little Liars Original Sin is the sins of the mothers!

This is definitely a darker Pretty Little Liars. We have three deaths in the first episode, the girl Angela, Davie: Imogen’s mother, and the Janitor. We already know where A’s hideout is and what he is capable of doing.

Episode 2 is much slower than the first episode, but that totally makes sense. We dive more into learning about the girls and their relationship quickly forms. They also strike back at Karen with the whole video at the screening. The liars are diving into bad territory here because they are bullying Karen back.

The end of this episode gives us a throwback to the liars Mother. Karen is pushed off the rafters by A. Only Imogen of course sees A up there. For a moment I was shocked that Karen died, but there Kelly still alive, the twin sister. This obviously shows the liars that Karen is not A.

Episode 3 is the aftermath of Karen’s death. Of course the girls are blamed by the Sheriff. He’s convinced their bullying pushed Karen over the edge. This is short lived as Kelly comes clean about what Karen and her were doing. She also feels responsible because this was her idea.

I do think Kelly will be an ally for the girls. Imogen goes to the warehouse where Angela died and finds Tabby’s mom coming to pay her respects. Not only does Tabby’s mom show up, but A is creeping around. That’s interesting that he is there too.

The girls are def putting together that this has something to do with their moms. Imogen and Tabby show Tabby’s mom the flyer that Davie got before she died.

Pretty Little Liars Original Sin is all about A’s Revenge Share with us your thoughts and check out our three videos on episode 1, episode 2, and episode 3.