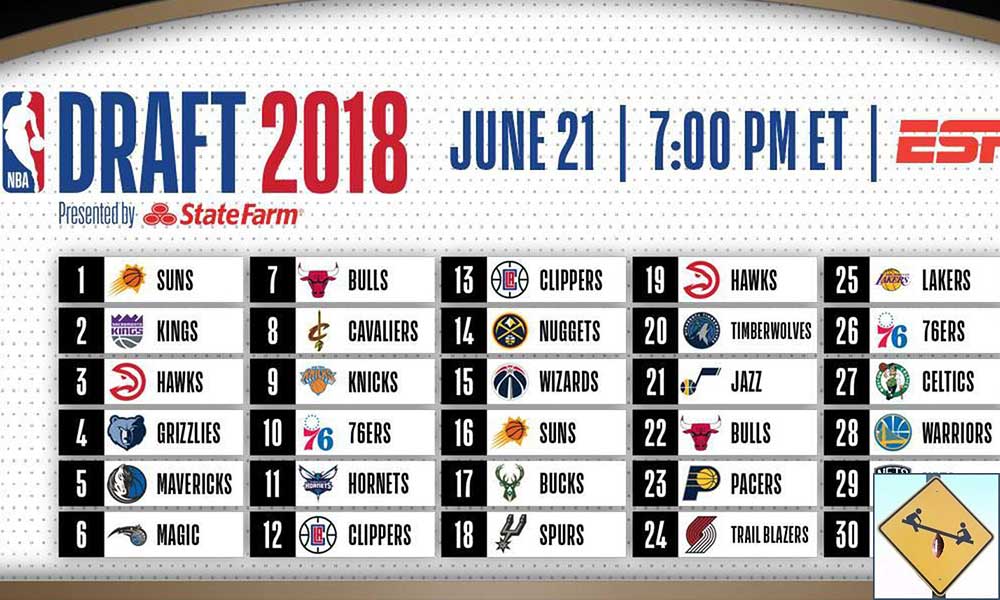 We ranked the best player archetypes in the 2018 NBA Draft. Now its time to match them with the real players, update our rankings, and debate. Do centers and sleepers truly matter?

You make some compelling arguments for ordering of these mystical prospect tropes. I was surprised by your number-one pick right off the bat, but you are right. Teams can’t teach players to create their own shot and the ability to create shots for others. It would be much easier to teach passing windows when double teams and rotations move in. The Score-First PG has skills that others cannot replicate, no matter their desire. Of course, since these archetypes are not perfect encapsulations of the players in the 2018 NBA Draft, our real-life Score-First PG is not going to go number one. That is because it is referring to Collin Sexton, who doesn’t have the elite outside shooting numbers that guards these days need. Every team needs a point guard, but Sexton doesn’t possess all the skills every team wants in that position.

Your second pick was very close to real-life value. The Big O was referring to Deandre Ayton, the likely top overall pick in the 2018 NBA Draft. Even in this day of fluid defenses and big men stepping further and further out, Ayton – somewhat like the Score-First PG archetype – possesses offensive skills that others cannot approach. Though elite defense cannot be taught, putting forth effort and being properly positioned on defense certainly can be. Ayton and the hypothetical Big O can learn to cover their shortcomings if they so choose.

My top 10 would look different from yours, as one would expect. We aren’t drafting the real-world players, but I will throw in a mention of why the real player from the 2018 NBA Draft may differ from the archetype, either positively or negatively.

1) The ’18 Center – If teams can overcome one single thing in today’s game, it would be post offense. That is not a huge necessity for any squad. It is more of a change-of-pace. The ’18 Center (Jaren Jackson) cannot create his own offense down low, but will he ever need to? Jackson has been discussed as a top three selection thanks to his versatility, defense, and shooting.

3) The Score-First PG – I would have slotted this pick a little lower, but you actually convinced me to move it up. As I said, Sexton doesn’t match up with this draft slot because of his poor outside shooting, but the archetype is more valuable than I originally gave it credit for.

4) The Foreigner – We have seen enough foreign-born players in recent years for teams and fan bases to get past the stereotype. This player has all the necessary attributes but has expressed them at a higher level of basketball than any of his American collegiate peers. Though buzz surrounding Luka Doncic has him falling in the draft, I don’t understand why. He should be a top three pick in real life.

5) The Injury Risk – This is the spot where I would take a chance on The Injury Risk. The upside is too good to pass up on. It is the same mindset that has teams take raw prospects who will need a few years. If things fall right, this could be the best player in the draft. And the same holds true for Michael Porter. The detail left out of The Injury Risk archetype was the fact that Porter is a near-7-footer with guard skills. It’s why his draft stock is so all over the place in real life.

6) The 3-and-D – Not being able to create your own shot is more hampering for a wing than a big. It’s why there exists a gulf between The 3-and-D (Mikal Bridges) and my top pick even though they possess similar skill sets.

7) The Stone Wall – As you said, The Stone Wall could be impactful right away, but it would depend on the roster that drafts him. To me, that drops him down the list a bit because his offensive game needs to be covered up. The real-life Stone Wall – Mo Bamba – possesses inklings of offensive skill, which should raise his draft stock more than this spot. People have called him Rudy Gobert with a three-pointer for a pipe-dream-level reference point.

8) The Sleeper – It would worry me if a good prospect returned to school for another year and didn’t get prohibitively better. The interesting thing about the real-world Sleeper (Miles Bridges) is that he actually did have a really good sophomore year, and his draft stock still dropped. That is the risk of passing on a draft class and entering in a loaded year.

9) The Tweener Big – Tweener guards can be extremely valuable in today’s league, but the same doesn’t hold true of The Tweener Big. He is almost a mirror player of my top overall archetype. We need an outside shot and defensive flexibility over everything else. Marvin Bagley will go higher than ninth, but if he doesn’t develop a more advanced skill set, how many minutes per game can he actually play?

10) The Heaver – Is it just me, or has the proliferation of three-point shooting kind of minimized the ceiling of three-point specialists? If everyone can and needs to shoot threes, how valuable is someone who only shoots threes? The Heaver (Trae Young) isn’t Stephen Curry. As you said, we don’t know if anything about his game will translate other than range, and in the switching culture of defense, any player can be constantly picked on and exploited.

I made my 2018 NBA Draft list of archetypes without knowing their real life counterparts, and I must say that I nailed it. Each player in the draft offers a slight positive or negative over their baseline archetype, but the value of the skill set remains constant in today’s NBA. Between the two of us, we had only three major differences in our list. Slotting a player first versus second or third is nearly semantics. Of the ten player archetypes, we very much disagree on The Sleeper, The ’18 Center, and The Injury Risk.

Personally, I love a sleeper pick and a solid chip on a player’s shoulder. Bridges went back to school and played very well, so the only knock on him is that he is now surrounded by more talented or more valuable prospects in the 2018 NBA Draft. I slotted The Sleeper in at pick number three, while you have him way down at pick eight. Perhaps Bridges is not as good as his peers atop the draft, or perhaps we became accustomed to his game. He did not wow us last season because we already knew him. He offers a larger body of work in college, which should be a positive. If he falls out of the top five, this is a major steal for teams drafting six through ten.

MORE BUZZCHOMP: Westworld Opens the Valley of the Forge

You ranked The ’18 Center as your number one pick, while I slotted him way down at pick seven. I would probably move him up a few slots, especially with this real life player being Jackson. You convinced me that just because he can’t create his own shots, doesn’t make him any less prolific. Unless he can play solid defense, Jackson’s impact will be minimal. But having a paint presence is critical with so many three pointers being heaved around, so I may have undervalued this player initially.

Finally we must address The Injury Risk. I slotted him as my tenth and final pick in our 2018 NBA Draft rankings, mainly because I’d rather reach for the sleeper or grab a proven player over someone with a history of injury. Yet you have him all the way up at number five, which is probably a reasonable spot. If this player, like Porter, has number one potential, then its a worthwhile risk to draft him as high as five, knowing the history of injury. I just can’t shake the Greg Oden memories from my head. Poor guy could never stay on the floor.