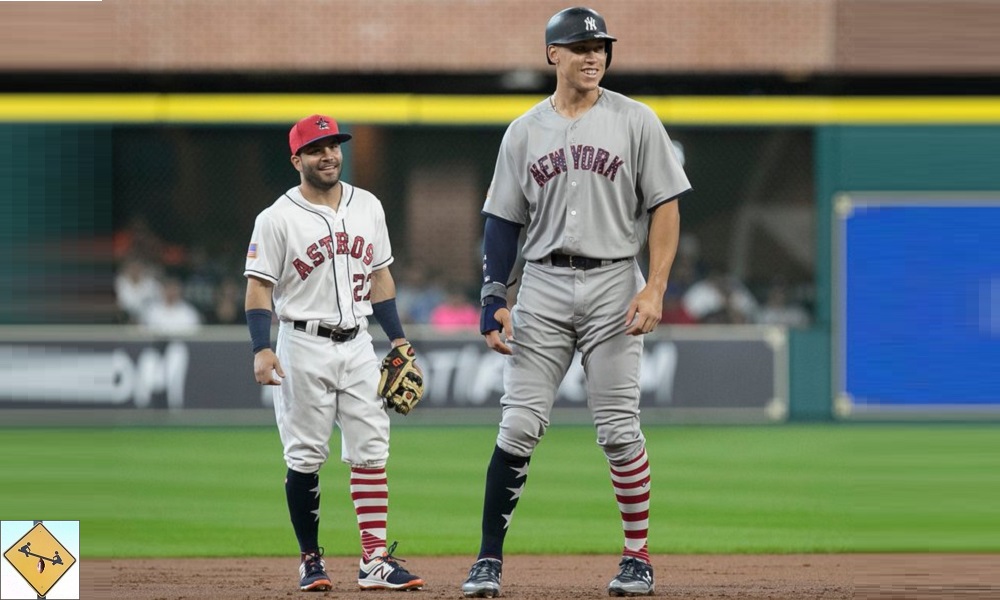 The contenders are locked in, but the winners of the 2017 MLB Awards are up in the air. Both leagues’ MVP and Cy Young are coming down to the wire.

We established that the MLB playoff picture is pretty well set. Even with Cleveland’s historic winning streak still intact, the Indians are no guarantee to win a pennant. That is the gift and the curse of postseason baseball. Everyone who makes it has a legitimate chance of advancing. The Indians are arguably the hottest team we have ever seen in the sport, and they’ve still lost close to 40 percent of their games this season. That is the nature of the game.

The individual award races aren’t quite leading newscasts either. For some reason, 2017 has been boring for the ultimate challenges in baseball. The American League MVP is probably Jose Altuve. Aaron Judge had an MVP first half and tailed off. Mike Trout has had an MVP season but missed a good chunk of the year and will probably miss the playoffs once again. Altuve has been great, is going to win the batting title, and is on one of the best teams. He checks boxes that remove most arguments.

The NL is a little more interesting. Giancarlo Stanton is probably the best option, but his Miami Marlins stink. Nolan Arenado and Paul Goldschmidt could be better choices for that type of fan. They also could be better options purely based on the player’s own output. Other than home runs and slugging, there isn’t anything Stanton is better at than these other two. And Goldschmidt is a great baserunner with 17 steals from first base. Stanton, to me though, has captured this season. I know that doesn’t matter, but if the debate is close, I favor that over someone’s team making or missing the playoffs thanks to 24 other guys. What say you?

In the Cy Young discussions, we see a similar pattern. The AL belongs to Corey Kluber thanks to a semi weak second half from Chris Sale. And in the NL, there are a few guys worth debating, including what feels like the entire Washington Nationals rotation.

Max Scherzer has been great but hit the DL and has been spotty since returning. Stephen Strasburg has pitched the fewest innings of any of these elite guys. And Gio Gonzalez is Gio Gonzalez. We shouldn’t hold that against the young man because he has been spectacular in 2017, but it feels wrong to award the Cy Young to Gio Gonzalez. I guess the AL did a similar thing last year with Rick Porcello, but fool me once…

Zack Greinke (and of course Clayton Kershaw) has also been secretly awesome. Right now, I would lean toward Scherzer, but Kershaw still has a chance of obtaining another Cy Young if he has two more good starts. He is close to 30 innings behind Scherzer, which hurts his candidacy, but he leads the league in ERA, WHIP, wins, and should get to 200 strikeouts.

The 2017 MLB awards will truly be split between the players who have captured the headlines of the season, and those who have actually been most valuable to their teams, while also putting up great statistics. Experts have argued for years over MVP awards, because the award is intended to go to the ‘Most Valuable Player.’ In baseball we often see the MVP go to the most dominant player, with the same logic applied to the Cy Young award winners. I see no reason why this trend will change in 2017.

The American League MVP is going to come down to the wire. Jose Altuve is certainly leading the pack, taking his Houston Astros into the playoffs. Yet I would not rule out Aaron Judge just yet. The first half of the season belonged to Judge. The All-star break belonged to Judge. If he can lead the New York Yankees into the playoffs, then Judge may win back the award that was already his in early July. He hit two three-run home runs last night. All Judge needs is two more dominant weeks and Altuve may lose the AL MVP.

The National League MVP belongs to Giancarlo Stanton. No other player in the NL has captured the attention of baseball like Stanton has this season. While the Marlins stink, he has at least made them relevant. Imagine how bad they would be without him. Mike Trout has previously won the MVP under similar circumstances. Stanton will win it this season.

The Cy Young awards feel like more of a sure thing. You’ll get no argument from me regarding Corey Kluber winning the AL Cy Young award. I can see Clayton Kershaw winning the NL award, because of how incredible the Dodgers were up until mid-August. If he reaches 200 strikeouts, while leading the league in all other categories, I believe its his. Otherwise, I suppose Gio Gonzalez wins. Something just feels wrong about that sentence.