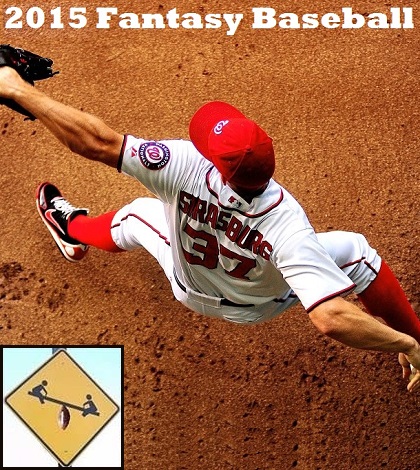 Relief Pitchers are like trucker hats, hot commodities until you throw them away. 2015 Fantasy Baseball loves potential, loves a star, and loves to screw you even more.

Sure, the RBI stats give it away when comparing the last full seasons of Prince Fielder and Alex Rodriguez (see Part one). So does the fact that Fielder was better in every other category as well!

I feel like I must also come back and defend our league from your misinformation, or lack of information. You were critical of how the draft went in regards to relief pitchers. All the guys with a stranglehold on a starting closer gig went for close to or more than 10 dollars. That’s true, but it’s partially because of the settings in our league.

Our starting lineup has 10 pitchers, FIVE of whom can be relievers. That is a staggering amount compared to standard leagues. Only three pitcher spots are truly RP designated, but two others can be filled by the short men as well. That means, should everyone in the league attempt to maximize their slot usage, there will be 60 relievers not only owned but started every day in our league! If you can’t do the math, that’s twice the amount of total teams in MLB!

So not only is every closer owned but some potential closers and good middle relievers are as well. To me, it made sense that closers with secure jobs (for now) would go for big bucks even if they may be out on the street by June. It’s all about context.

Which is the same argument for bidding those past hitting stars up higher than expected. It’s about context there as well. That lot has been good at their job for a lot longer than some guy with a good half-year. You cavalierly threw out the notion that a great second-half previews a coming-out party the following season, and I’m not sure I believe you. Plenty of guys have hot halves or even hot years and never build on that for varying reasons.

In a game where uncertainty runs rampant, the only thing we can rely on is past knowledge. I prefer to bet on the players with the larger samples of success.

For me the relief pitcher is the most fickle position in baseball. Every team has many, while fewer and fewer clubs are naming an official closer. Opening day is nearly here and the Yankees, for example, have yet to name their closing pitcher. Where does this place the value of a relief pitcher on New York’s roster in terms of Fantasy?

The fantasy value of said pitcher on the Yankees, nearly a month before the season starts with no real indication of who will get the majority of innings, let alone the saves, is zero. I value those pitchers as a final round flyer, a bench spot to be filled for a dollar when the auction draft winds down. Here’s my logic.

As a devoted fantasy player who casually likes the intricate statistics, what other option do I have? You of the sabermetrics, Mr. Stat Head who loves the splits, the flow charts, and bar graphs. You may see the potential in my question mark. Yet until 2015 statistics have been recorded, I remain skeptical.

Our Fantasy Baseball league is full of Mr. Stat Heads, a blessing and a curse. It makes an auction draft infinitely exciting. I can’t count the number of times I laughed at bids. I bid up players I deemed unworthy even more frequently. I’m sure I also missed on multiple prospects I haven’t yet read about. In the end its about the competition.

As someone who wins the Fantasy Baseball league year after year after year after year, you deserve the credit here. Yet I expect a phone call when you’ve dropped all your relief pitchers by June 1st. Demoted, benched, or pitching in the sixth inning is not a player you want hanging around your roster.

More baseball: How to win your Fantasy League