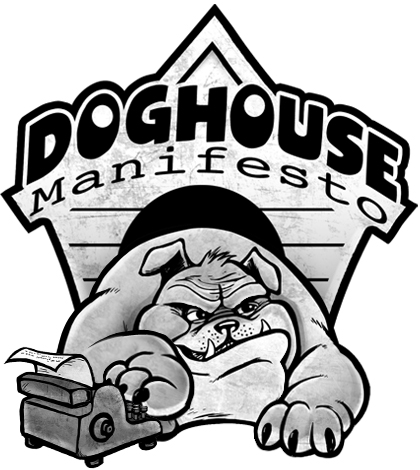 I’ll bet you’re wondering why I’m telling you this? I have a neighbor across the street named, Jack. Jack is about twenty years younger than me, is married, has a couple kids; an 11-year-old boy named, Jack Jr., and 14-year-old daughter named, Jackie, except spelled with the letter ‘Q.’ Okay, so Jack and his wife, Jacqueline, are either really self-absorbed, or not very imaginative! Speaking for myself, I don’t really care which…

So, last week Jack Sr. pays me a visit. We’re sitting in the DogHouse listening to some old school tunes; Jack’s drinking a beer, I’m having coffee, Eightball is snoozing away in his daybed, and out of the blue Jack asks,

“What kind of gun do you think I should I get for home defense?”

I swallow my coffee, and peer at Jack over my glasses. I am waiting for the punch-line. When there isn’t one, I asked him,

“Well, that depends… what do you know about guns?”

Jack shrugged his shoulders nonchalantly, drained his beer, crushed the can and feigned a sitting jump-shot from his lounge chair to my recycling bin. Eightball flinched, growled, yawned and then went back to sleep.

“What’s to know? You load it. You point it. You pull the trigger, and it goes bang! Simple, right?”