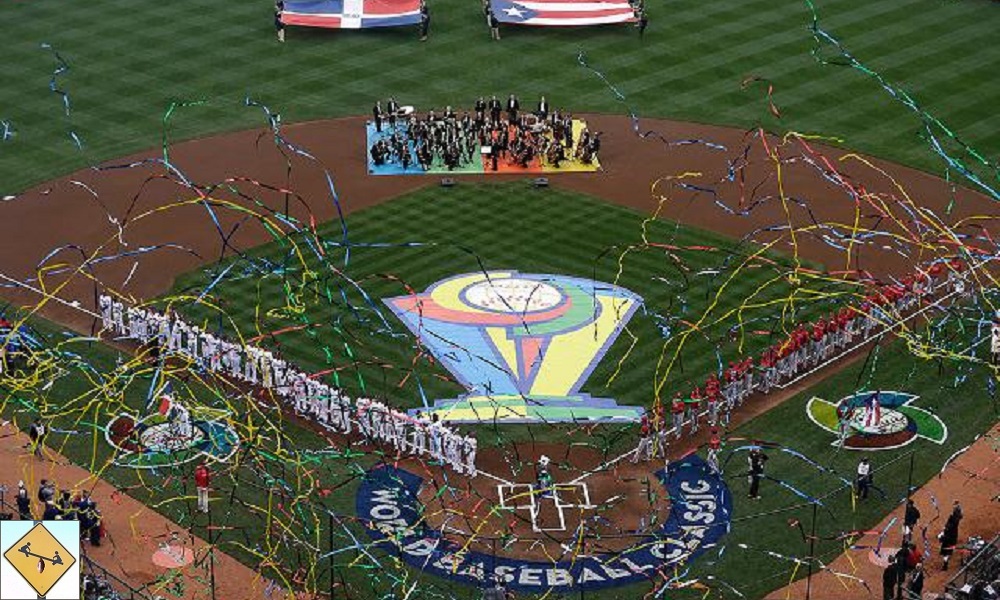 Underdog alert! USA faces Japan in the semifinals of the World Baseball Classic and they’re definitively the underdogs the rest of the way. WBC is heating up!

Tonight is the first semifinal of the World Baseball Classic. Second place from one pool plays first place from the other. The Netherlands plays Puerto Rico in game one. Tomorrow is semifinal two, between the United States and Japan. Winners advance to play each other for the championship on Wednesday. It doesn’t get much simpler than this.

USA’s path to the semifinals was anything but simple, though. This team needed multiple late-game comebacks and heroics to get to this point. And now it is primed to face a team that has yet to lose a contest all tournament. Japan hasn’t even been pushed yet. The Japanese team went 3-0 in round one, allowing eight total runs. It went 3-0 in round two as well, easily advancing out of what was probably the easier pool. Based on how this tournament has gone, it wouldn’t be crazy to say the US is an underdog here.

In some of the weird rules of the WBC, Chris Archer has left the US team, while Mark Melancon has joined. If this is allowed, why not grab Clayton Kershaw and Chris Sale and Max Scherzer and Mike Trout? As we continue to advance, it still feels like the other countries are taking this event much more seriously than the United States. I don’t mean the active players don’t care. Watching Adam Jones’ effort or Eric Hosmer’s intensity would certainly imply the opposite. But whomever the governing body of the US WBC team is, they probably don’t give a hoot. And it’s a stark contrast with the other countries. They all seem to care so much. I mean, just look at what Carlos Beltran did to his face in the name of team unity.

Of the four teams still alive for the title, USA is the shakiest despite having the most talent. Japan has seemed cool and calm; the Netherlands have been raking at the plate; Puerto Rico is dominating in every facet. Maybe it’s some kind of secret plan to mentally make this US team feel like an underdog. If everyone else is much more into this thing, the outsider automatically becomes underappreciated. It is odd to think about, but I do feel it happening. I would be slightly surprised at this point if the United States won the WBC; let’s put it that way.

This is an excellent set of semifinals matchups for the World Baseball Classic. It fully satisfies my baseball wish list, since USA eliminated the Dominican Republic in the process of reaching this point in the tournament. There are multiple factors that hurt USA’s chances and make them the definitive underdog, but mainly it’s because they are playing Japan on Tuesday. The Japanese team has seized favorite status at just the right time. We can root for the upset AND root for USA for the first time in practically forever.

If the Americans somehow manage to defeat Japan and reach the finals, they likely face Puerto Rico in another underdog scenario. Even if a matchup with the Netherlands plays out, they will still be holding the underdog card. The players for the US are excellent, but the team aspect is not nearly as strong as for our other three semifinal teams. What Beltan did to his face takes the proverbial cake, because I’m not sure how he finds that to be attractive or a positive fashion statement. If he was still a New York Yankee, that would NEVER happen.

So where does this leave our USA underdogs? Since March Madness is in full swing and everyone is searching for the next great underdog story, perhaps the World Baseball Classic and team USA can fill the void between the Round of 32 and the Sweet Sixteen. I love the WBC in principal, but there is no good time to hold this tournament. During spring training seems to be the best available option, with a March Madness sandwich adding to the intrigue. Japan has won two of the three World Baseball Classic tournaments, but they are on upset alert and I love it! No one will be surprised if they beat USA, but everyone in America can jump on our underdog bandwagon.