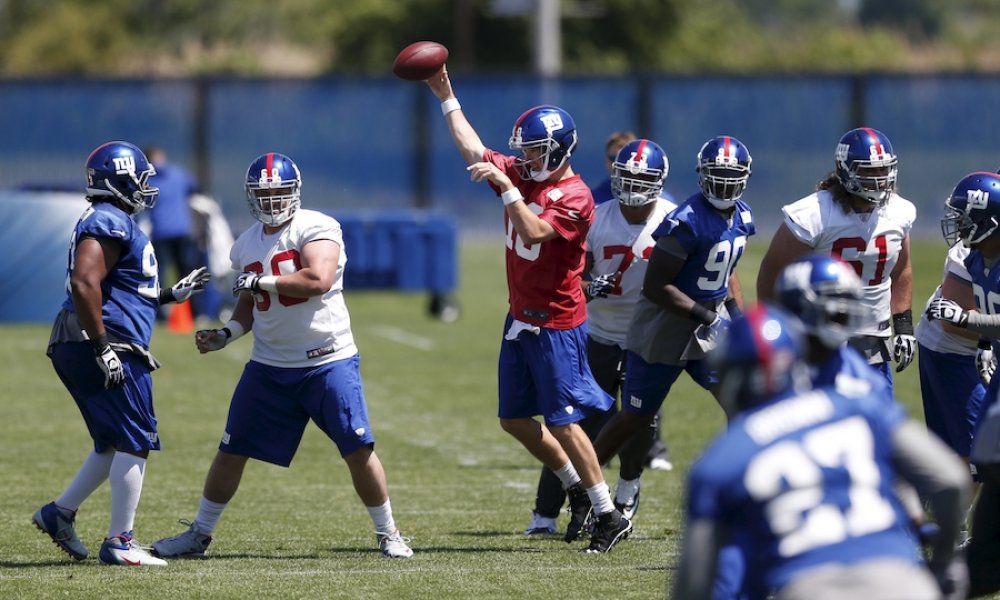 This preseason, the New York Giants face the Browns, Lions, Jets, and Patriots. Specific matchups will give them good insight into new units attempting to gel.

NFL organized offseason workouts have just begun. With rookies finding their way and veterans strolling in at their earliest convenience, things ramp up over the next few weeks. Preseason games will kick off in roughly two months. From there, the 2018 season is a stone’s throw away.

Normally, we learn nothing from the NFL preseason. It is a time for teams to trim down their rosters to 53 active players. Guys on the bubble either complete their dream or get cut and vanquished to the normal world. These are the players impacted the most by preseason. Everyone else is playing for more snaps or just going through the motions. That doesn’t mean the preseason is worthless though. You just have to know where to look.

The best insight to glean from the preseason is seeing how first-team units perform against their counterparts before exiting the game. And the New York Giants have a number of intriguing units they will go against this August.

In the first preseason game, New York faces the Cleveland Browns. People are loving the overhaul that took place on the Browns’ offense, but against the Giants, the other side of the ball is what to watch. The Giants are unveiling a new offensive line. What better test of possibly four new starters than attempting to block Myles Garrett and Emmanuel Ogbah? Even though the outcome doesn’t matter, New York is certainly elated that the Browns didn’t add Bradley Chubb to this front with the fourth pick in the 2018 draft.

After a ho-hum matchup with the Detroit Lions, the New York Giants then face off against the New York Jets. Regardless of how the Jets’ offense develops this year, the defense should be a premiere performer. Specifically in the secondary, there are numerous elite talents to try to find space against. Big Blue is filled with offensive skill players, but many are young. And wide receiver is very shallow after starters Odell Beckham and Sterling Shepard. It will be beneficial to see how the other pass-catchers perform in this matchup. They will be going against a buttressed secondary starring Trumaine Johnson alongside 2017 picks Jamal Adams and Marcus Maye.

In the final preseason outing, the New England Patriots come to town. Playing against New England is always a great test of depth across the board. The Patriots build their roster better than any other team in the sport. If you want to focus on one group, how about the fact that New England has six NFL-caliber running backs to rotate through. It makes you question why it selected Sony Michel in the first round of the draft this year, but that overkill doesn’t make them easier to defend. For a rebuilt linebacker corps, getting a run against a deep and versatile RB committee is of the utmost importance.

The outcomes of these preseason games won’t matter. The players at the very end of the roster who make or miss the final cut won’t matter to most fans. Instead, what will matter are matchups with new units that need to gel. The New York Giants will have plenty of chances to bear witness to that.