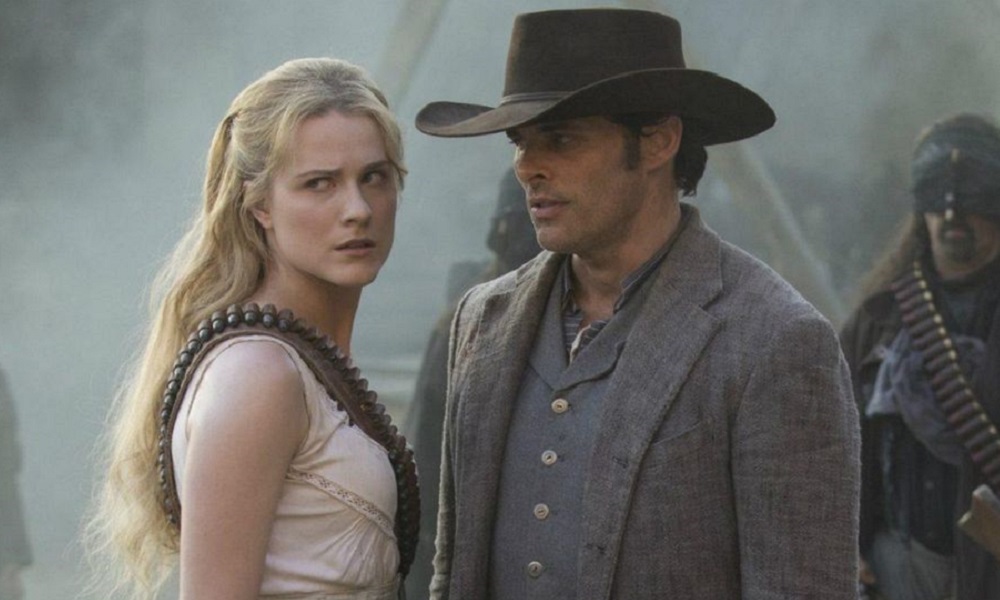 This is your Westworld season 2 questionnaire. Properly answer these questions, and you could run a park of your own one day!

Westworld season 2 is progressing along nicely. After an uneven few episodes near the beginning of the season, the past two episodes have been quite exhilarating. We are still left wondering the grand plan of the Delos corporation, Ford, and even Dolores. However, there are more important questions that must be asked before we even get to the grand finish. This is your Westworld season 2 questionnaire. Properly answer these questions, and you could run a park of your own one day!

1. Who is actually human?

On the surface, this question seems silly. We know the hosts are robots. We know the Delos staff and company shareholders are humans. Where is the confusion? Well, after the reveal two weeks ago that real brains can be inserted into hosts (albeit not indefinitely), it opened up the door for people we thought were humans to not be humans anymore at all. Think Bernard in season 1 but more nefarious.

Yes, despite desires for a William v. William face-off.

What about William’s daughter?

Is the Delos head of security human?

No! Bernard captured her and kept her hidden away. Who better to test an updated version of the brain switcher on than a captive audience many folks thought was dead? And, of course, Bernard wouldn’t remember any of this happening.

2. Who actually has free will?

A lot is being made about the awakening the hosts have had this season, led by Dolores and Maeve. But have they really been awakened? Or is this still some part of Ford’s deep-seeded plan to ruin the company and the park? We know Ford unleashed hosts on unsuspecting humans. We also know he has been leading Bernard around for quite a long while. Why couldn’t the same be true of some of these other so-called awakened hosts?

Does Dolores have free will?

No. Her plans seem too regimented. Must go here; ask for help; destroy those who helped; abandon those with other beliefs. It seems like she is still following an unoriginal plot to save her father and reach the end of the maze.

Does Maeve have free will?

This is interesting. She is acting on a single course – to find her long-lost daughter. But is that course a plausible narrative arc? I say no. Maeve is free, and freedom comes with some pretty sweet benefits, AKA telepathy and mind control apparently.

TBD. We know Teddy eventually dies for his efforts. It doesn’t matter. We need more information after seeing what type of torture Dolores just put him through to end this latest episode.

3. Who is the protagonist of this story?

It is currently hard to find someone to actually root for in this story. Everyone, besides having potentially hidden agendas, has some pretty dark goals in mind for how things turn out.

Is William the protagonist?

Heck no; dude wants the world to burn and has no one to blame but himself.

Is Bernard the protagonist?

No way. He has the least clue of what is going on of anyone in the park.

She is being treated as the villain this season. It feels off-brand, especially since her goal is to save her father. Her previous goal of destroying all humans or whatever it was, though, was certainly antagonistic.

Is Maeve the protagonist?

No, because her plans are not grand enough in either direction. She is a side character, albeit perhaps the most interesting person on the show.

Is Ford the protagonist?

Dead or alive (or alive again), this continues to be Ford’s world. He is the hero in waiting, or the hidden protagonist that has others doing his bidding for the greater good. It is a hard sell, but it feels more honorable than William’s similar goal of destroying what Delos has built. Ford unleashed hosts to “live their lives.” If that happens to coincide with the destruction of his enemies, so be it. Ford is as close as we’re going to get.