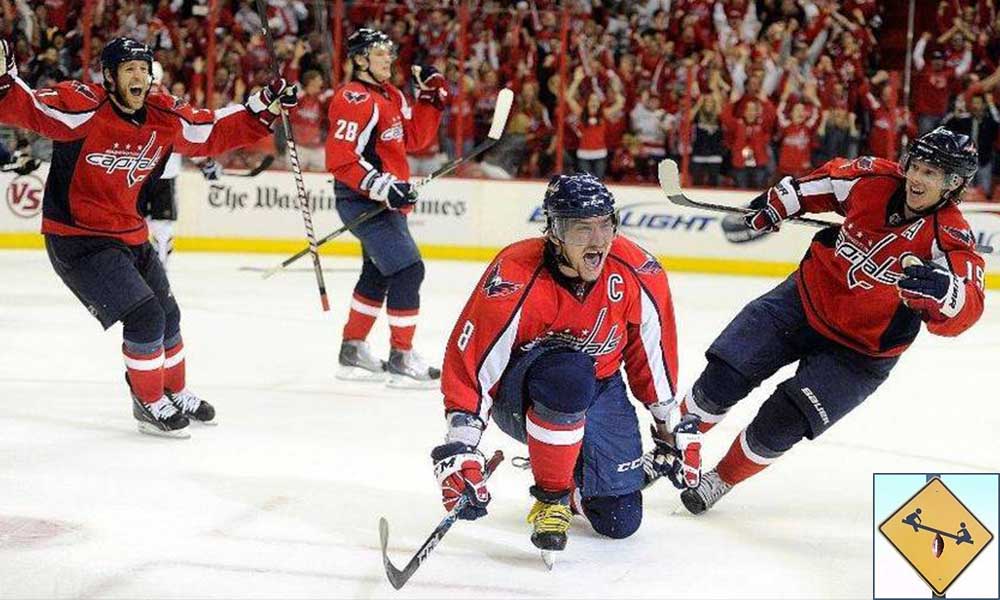 The Stanley Cups Playoffs are flying under the radar once again this season. For once, it isn’t the fault of the sport itself. This year’s quarterfinal matches are leaving something to be desired from a fan base standpoint, with just one exception.

The second round match between the Washington Capitals and the Pittsburgh Penguins is once again the best thing the NHL has to offer. For one, these were the two best teams in the sport during the regular season. For another, Washington needs to vanquish its rival or risk falling into some sort of postseason tailspin the likes of which we have rarely, if ever, seen.

It is commonplace in American professional sports to have teams and cities that always get punched in the gut and seem to have everything go against them. Look at the Cleveland Browns or New York Knicks.

There are endless examples of these failing teams that cannot find success. But the Capitals are something completely different. They are somehow one of the winningest clubs in hockey and still a gut-punched loser year after year. Can you think of anything like this in another sport?

Over the past 10 years, Washington has won its division seven times; it has reached 100 points six times; it has won the Presidents’ Trophy for having the most points in the league three times, including twice in a row now. And yet, through all that constant, extended winning, the club has won its own conference title exactly zero times over that span. Forget winning a Stanley Cup. The Caps can’t even get there.

This team is perennially excellent during the regular year and always fails to live up to expectations in the playoffs. 2016-17 is no exception.

Washington needed six games, five of which went to overtime, to get by the worst team in the postseason, the Toronto Maple Leafs. Now, it is already down 0-2 to the Penguins even though the first two games were at home. Unless a miraculous turnaround happens that is completely out of the ordinary for this franchise, 2017 is going to be another postseason failure for the Caps.

What are the parallels to this? The closest thing I can come up with are the Los Angeles Clippers during the Chris Paul era. They were eliminated in their own postseason series, and it may be time to break up the core of that team that has gotten them to so many regular-season wins but so few postseason ones. But even they don’t measure up.

The Clippers, like perhaps the Utah Jazz teams of the late 1990’s that always came up short, have never been the best team in basketball. If anything, they are bailed out by having the Warriors or Cavaliers or Spurs to blame. LA has never been the NBA’s best club. Washington always is the NHL’s and always comes up horribly short.

The Washington Capitals level of dominance and post season ineptitude is unmatched in all of sports over the last decade. Only one team comes close and it’s not the Los Angeles Clippers, but they do play in the city of angels.

Since 2004, a span of twelve seasons, the Los Angeles Dodgers have finished first in their division seven times, second twice, and made the playoffs a total of eight times. The Dodgers have finished first each of the last four years to boot. Limiting things to the last decade, Los Angeles has made the MLB postseason in six of ten years and seven of the last eleven seasons. Not once have the Dodgers made the World Series and none of their postseason series in which they were eliminated went seven games.

The issue with comparing the Dodgers to the Capitals is that Los Angeles has won quite a bit over its storied history. But over the last decade, the team has won a lot of regular season games and found a variety of ways to bow out early from playoff baseball. The crosstown Los Angeles Angels have been nearly as inept in the playoffs, with some solid regular season success. Yet the Angels have not been very good over the last five years, just the ten before that.


Nearly all dominant NBA franchises have made the Finals, and the NFL doesn’t have many active streaks of dominance without at least a single championship. No team matches the Washington Capitals in American sports. No team has disappointed its fans more with a true reason for hope of a title, yet such poor play in the playoffs.