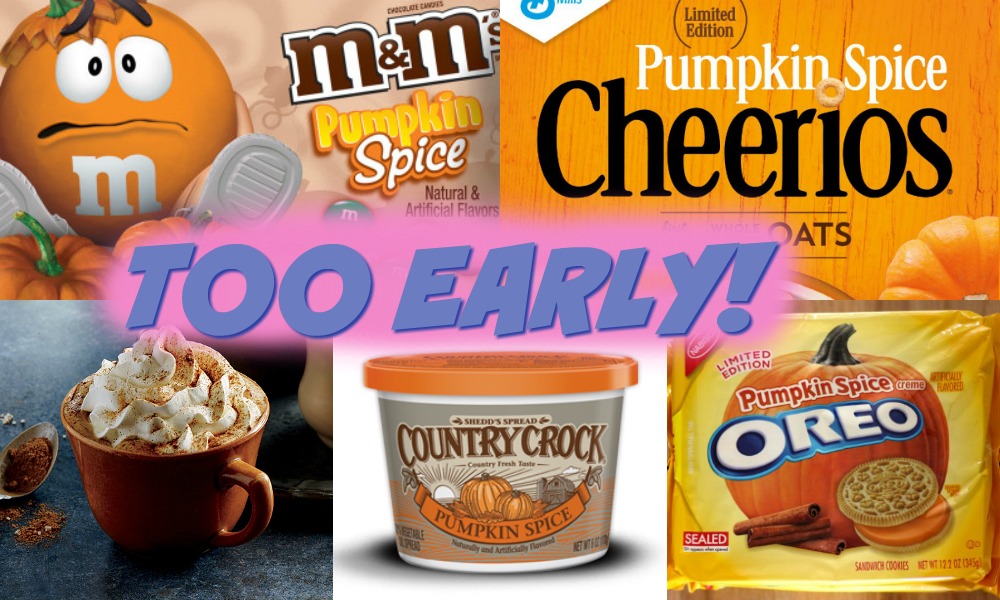 As of the date of this article it is August 10th, 2016. That’s the second full week of August and summer is still in full swing. Kids are contemplating going back to school and if you’re lucky enough, you’re still hitting up the beach. Well now you can apparently enjoy pumpkin spiced products. We’re calling FOUL. It’s too early for pumpkin season.

Pumpkin season is my favorite. I truly love the pumpkin. It’s versatile and fun, but it’s a time-honored tradition that pumpkin season starts sometime in the Fall. I used to think it was just prior to Halloween. I’d look forward to Fall starting and pumpkins being everywhere. Now in August, they’re rolling out pumpkin season. WHAT?

I have to call foul and here is why. The whole pumpkin spiced craze has gotten out of control. It used to be fun. It used to be something you looked forward to, got excited for and then when it was all over, you were done and could look forward to next year. There was an excitement and anticipation. I miss that! I loved that. It made pumpkin spice feel special kids!

ALSO ON BUZZCHOMP: Why I Hold the Mayo! – Healthy Eating

What’s next? Will Fall be starting August 1st? Right after July 4th its time to roll out all those great pumpkin spice lattes. NO! I’m all for some instant gratification, but this is too far. I am a millennial, but I’m also in favor of time-honored traditions. Once Fall rolls through, it’s now all about the holiday season. We’re rushing that too, kids. Can we just pull back a bit? Can we slow down and push back the pumpkin season? It’s still 80+ degrees here in Los Angeles and the summer won’t be over until at least October, but alas pumpkin season arrived in early August, prior to kids going back to school.

Let’s slow down the rushing of the seasons! We’ve gone overboard. The Hallmark Channel did Christmas in July and that was just not cool at all. Give us back our time-honored traditions. Keep the pumpkin in the Fall. The legit Fall in the realm of September 21st. Let’s put the pumpkin spice BACK in its rightful place. Please and thank you!