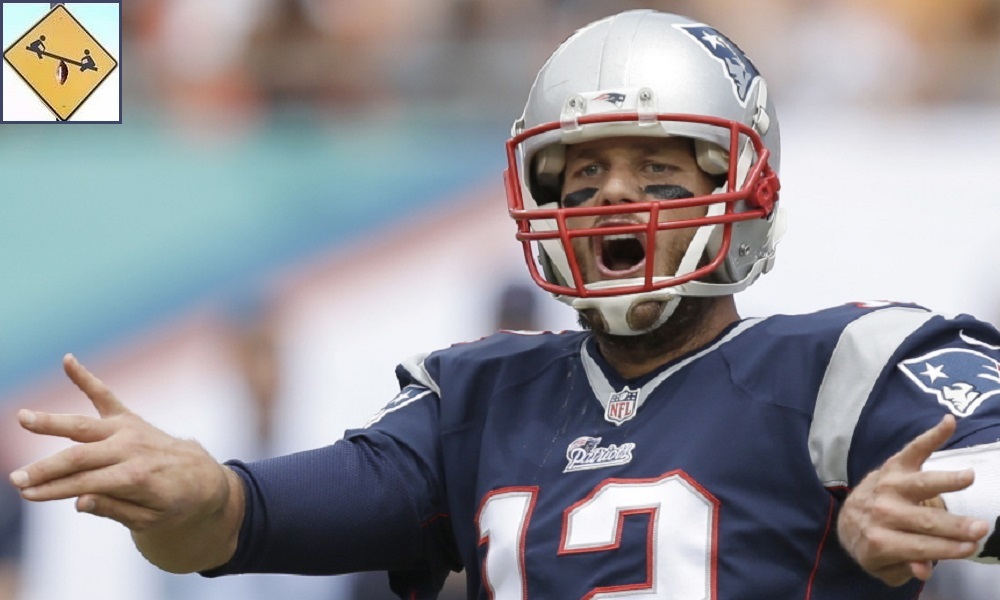 Tom Brady‘s Super Bowl titles all come with caveats, so if he wins a 5th championship with the New England Patriots, what will the excuse be this time? What ha, happened? NFL Playoffs baby.

Just two rounds remain in the NFL playoffs. At least one of those rounds will contain another game involving the New England Patriots as they attempt to secure their second consecutive Super Bowl championship.

Title: How Brady Became the Best

Description: League-wide feelings on the New England Patriots’ success are certainly mixed. It’s true that Tom Brady and company won one Super Bowl after the Tuck Rule, another after Spygate and a third after Deflategate.

With the Pats advancing through to the AFC Championship again this season, what will be the cause/excuse this time around? Stephen Gostkowski can win a game a la Vinatieri, but that wouldn’t be very damning.

Is it fair to sum up Brady’s success this way? What about if he wins a fifth title thanks to some kind of ponzi or pyramid scheme?

As a football fan I find that meme offensive, but as a New York Jets fan I love it! Mr. Tom Brady may go down as the greatest quarterback to ever play the game, but his Super Bowl championships won’t be without their excuses. His titles all have caveats, if you’re a hater, so what will number five come with if Tom Brady takes the New England Patriots all the way this season?

A fifth Super Bowl title for Tom Brady will come with the biggest excuse of them all. First there was the ‘Tuck Rule’ which exposed league bias towards Brady. Then ‘Spygate’ slapped the cheater label on him and his team. Ultimately ‘Deflategate’ made a mockery of the extent to which one might cheat and cover it up, whether or not Brady was involved in the incident. This season Tom has stayed clean, his team has been very injured, and New England keeps winning. So what fluke call will help them win?

Super Bowl 50 will come down to the interception that wasn’t. Known simply as “God’s Bounce,” the play will forever be remembered as Tom Brady catching his own pass for a touchdown. With three minutes to go and the Patriots down by six, Tom Brady throws an ill-advised pass that gets knocked into the air by the defense. It bounces off the center’s head and ricochets into the arms of a shocked Tom Brady. Instead of being a game ending interception, Brady now has the ball with a chance to score. He gracefully runs the seven yards necessary and slides smoothly into the endzone for the winning points.

Not only is the NFL on New England’s side, but luck and ‘God’s Bounce‘ get Brady his fifth ring.