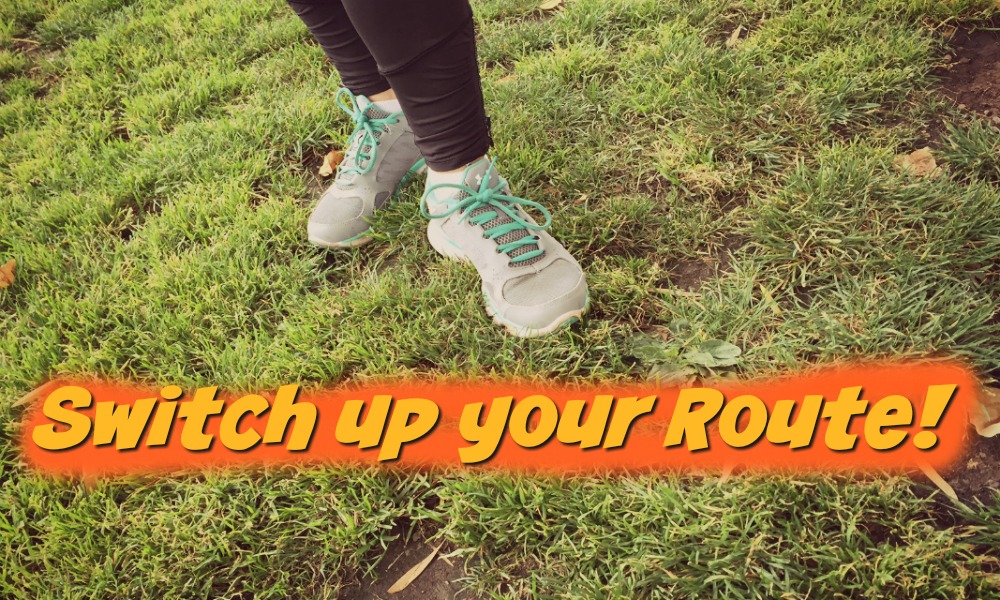 I’ve been known to stick with a running route for a long time. BUT I know that’s me living in my comfort zone. Forget that! Switch up your running route and love the consequences!

One of the worst things you can do is to run the same route day in and day out. It’s like the golden rule of exercise. The best way to see results is to switch it up. It’s nice to know the exact distance your running and the time it will take you, but that comfort zone will hold you back. Its time to switch it up and change your running route!

I love viewing this change as an adventure, an unknown to be conquered. Switching to a new running route should be fun, especially if you’re going to completely change directions and paths. This is something I do on days that I have more time, so normally on a weekend. I also love to embark on this running adventure with my man. It’s fun to run a new route with a partner. We both like to guess how long and how far we went! Normally he’s right.

ALSO ON BUZZCHOMP: Do It Now: Monday Motivation | BuzzChomp Vlog

Switching up your route allows you to bookmark your runs and give you an arsenal of routes. Just this past weekend my man and I decided to do a different route, and when we finished he said that our new loop was a solid 45 minute route. I now have that etched in my memory for later. My normal route is 50 to 55 minutes, so this added a 45 minute option to my arsenal! Even though it’s a half mile shorter, it’s just as intense because it’s an extremely uphill route!

I love switching up my routes for distance. I have a few longer loops that I like to add in at least once a week! They add a minimum of an extra twenty minutes to my run and usually two or more miles. It’s great for a weekend when time isn’t an issue. Plus it’s a fun run to run with someone else! The day after going farther, I always feel invigorated when I hit the road for my “standard” route.

To ease yourself into switching up your route, I recommend simply running a different direction. I have switched the direction of my run many times and love how I feel! It gives you a different perspective on everything and can be a big mental challenge. It’s also easy to just switch up a single street you run on, especially if you run in neighborhoods like I do. There are a lot of different options for streets and I love having multiple routes within my traditional five-mile run. It makes it all very approachable!

Switching up your route is the key to giving yourself variety in your runs! Take the time and start switching it up, bookmarking those bad boys and using them in your arsenal of runs. After running a bit differently this past weekend, I’m definitely craving going on some adventure runs to find some new routes!