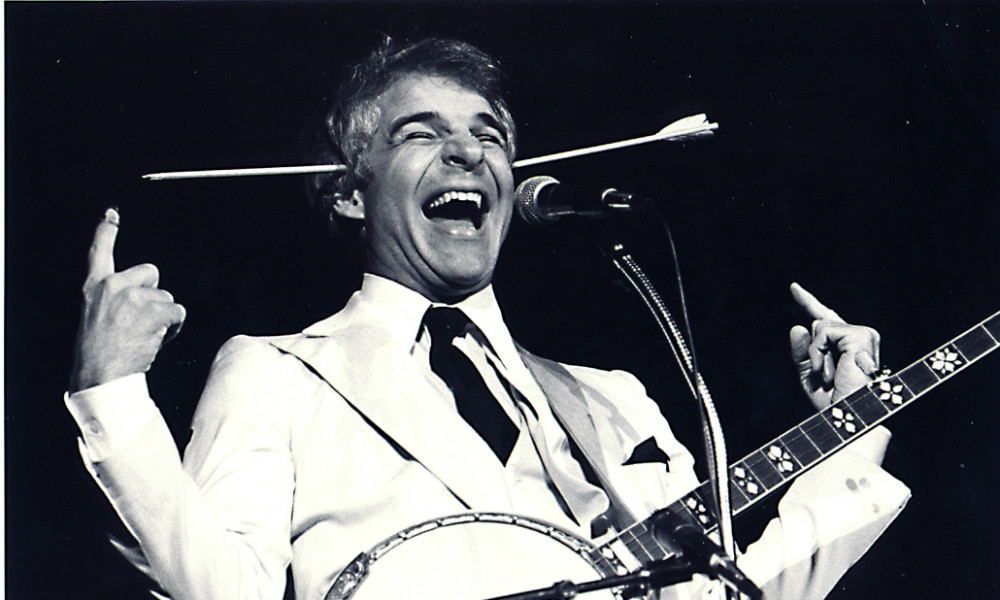 Steve Martin is a stand-up comedy star, a movie star, a star host from Saturday Night Live. Is there anything he can’t do? Add writer and biographer to his list of skills thanks to his autobiography Born Standing Up. (Photo Credit: theguardian.com)

Comedian Steve Martin is not in the news, but he is never really that far from making news. He was on Jerry Seinfeld’s show this season; he made an appearance on The Tonight Show last month; he’s involved with a Broadway play. Just because he isn’t making movies doesn’t mean Martin is out of the biz.

What’s abundantly clear to anyone who has ever seen Martin doing pretty much anything is that he is good at pretty much everything. Add writing to the list. I recently read Martin’s autobiography, Born Standing Up, and it’s a great work about the premiere example of a jack of all trades.

Martin had a troubled childhood that followed him throughout his adult life, but it was troubled under the surface. He and his dad had a very poor relationship. In Martin’s younger years, he worked, among other places, at Disney Land, selling programs. He would ride there after school and all summer and seemed to have a solo star vibe from the time he was in middle school.

The most interesting thing about Martin’s life was how his entertainment developed. It grew so naturally that the book almost seemed unrealistic in its retelling. He started out as a child magician and performer. He would practice magic tricks endlessly. As he grew older, because there were no such things as pure comedy clubs around this time, Martin booked openings and gigs in music halls and bars (occasionally to no crowd whatsoever). But these locales put him among musicians and comic musicians. He learned to play the banjo; Martin added funny asides and dances to his performances. He went from magician to a little bit of everything, including using jokes he learned from joke books.

Anyone who has seen Martin’s stand-up performances after he hit it really big, after he became the biggest arena comedian who ever lived (at least at the time), can so easily see how it would have all began from being a magician and stage performer and adding little pieces here and there. As I said, the growth of his act is so perfectly in-line with logic that it makes it seem made up.

As he ages into a star (again, progressing surprisingly perfectly from small gig to small venues to The Tonight Show to bigger venues to SNL to huge arenas, etc.), he describes how he wanted/needed to move on from stand-up. It’s thoughtful and logical and still sad. His relationship with his family and his father in adulthood was also somewhat logical but sad as well.

The book gives a great snippet of all the things outside of his life too: how dead (or, more accurately, not yet born) stand-up comedy was; how he was brand new to Saturday Night Live as the show was brand new to everyone; how The Tonight Show wasn’t the stepping stone everyone assumed; how he had to pitch his movie idea, The Jerk. That last piece was particularly interesting. I just assumed a big star like Steve Martin was asked to be in a movie. Instead, it was Martin writing the movie and pitching it around to get picked up.

The only drawback of the book to me was the almost nonchalance of his rise to stardom. It wasn’t nonchalant at all, but it seems to come off that way. I suppose it is too hard to capture in words how someone can go from performing in front of a couple hundred people to performing in 22,000-seat sold-out arenas other than literally saying that it happened. For some reason, the text leaves something to be desired in the feeling of massiveness that I attribute to Martin’s stand-up career.

But the book is still a great read overall. It’s a few years old at this point, but it’s easy to find on Amazon for anyone interested. And it’s still relevant in the world of stand-up comedy and in the life of Steve Martin. On that Tonight Show appearance last month with Jimmy Fallon, Martin came on and told a little snippet from his book. He didn’t describe it as being from his book, but for the small, minuscule percentage of people watching TV in 2016 and also reading this autobiography, we noticed the overlap. I guess that speaks to the quality of the book. It holds up even in Martin’s anecdotes.