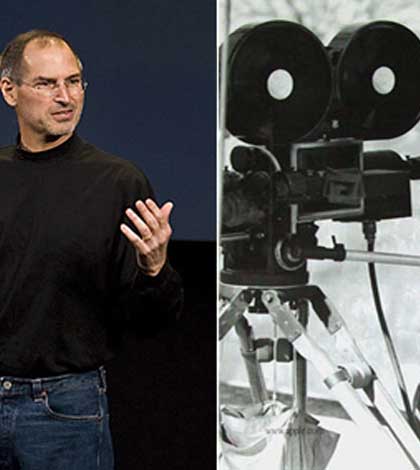 This article was originally posted at Rigler Digital. It’s amazing what has taken place within that year for Apple. A 3rd generation iPad release as well as the iPhone 5 his remarkable company continues to break records and amaze it’s customers. Please take some time and read my tribute to Steve Jobs that was originally posted a year ago.

A true innovator and business leader passed away on Oct. 5th 2011. I usually don’t jump on a bandwagon and blog immediately about events that happen. With Steve Jobs passing away today I have to post something. How many people can you say have actually inspired and changed your life? It was Steve Jobs and the “Think Different” campaign that changed mine and my wife’s as well. It’s 1999, we were newlyweds, and didn’t have a lot of money at that time. I was a production coordinator for Walt Disney Television Animation, and my wife had a small position within a non-profit organization. (Hence, not a lot of money). However, I had big dreams to create independent films and have my own company. At the time people were still shooting indies on film. In fact when I would tell people “no, I’m going to shoot this digitally”, I would get “you got to shoot it on film”. Or the reaction would be “It’ll look like crap. . .Shoot it on film”. My hesitation was the horror stories of other independent filmmakers losing their shirt, house, and dog –shooting on film. Enter Apple, Steve Jobs, and a program called Final Cut Pro. At first there were whispers about it. A colleague stated, “My friend he’s an editor it’s amazing” or another, “It’s a game changer” or what I loved is my old cinematographer Vicente Baldwin “EFF.. Avid . . .everyone can make movies now”. Because what kills an independent filmmaker (other than a bad script) POST-PRODUCTION–this is where you can lose your shirt. Final Cut Pro and Steve Jobs democratized filmmaking.

So I really wanted an Apple, and I really really wanted to use Final Cut Pro with that Apple. But let me set the stage for you–we are living hand to mouth in a North Hollywood apartment (bills, student loans). Our dog is a Marley and Me creature called Merlin and we’re stressed- so shelling out a few thousand didn’t seem an option. It was a Saturday, we were heading to Los Angeles Farmer’s Market driving down Highland in Hollywood and we noticed a large skyscraper with the poster of Apple’s Chaplin’s “Think Different” campaign. My wife and I both looked at each other and said “we have to do this.” An epiphany of inspiration (or insanity). We got an Apple loan the very next day and placed an order for a complete Promax system with Final Cut Pro. I sold off some Disney stock – and purchased a Canon GL1. It was hot in its time.

How did this one Saturday of inspiration change our lives? I got the tools to create three independent films. We both jumped into Photoshop and web design. My wife became so skilled that she ran her non-profit’s website and created two others while employed there. She now manages numerous sites and touts her skills were from Apple and lynda.com I now create industrials all within Final Cut Pro edited on a Apple.

Thank you Steve Jobs for changing our lives for the better.