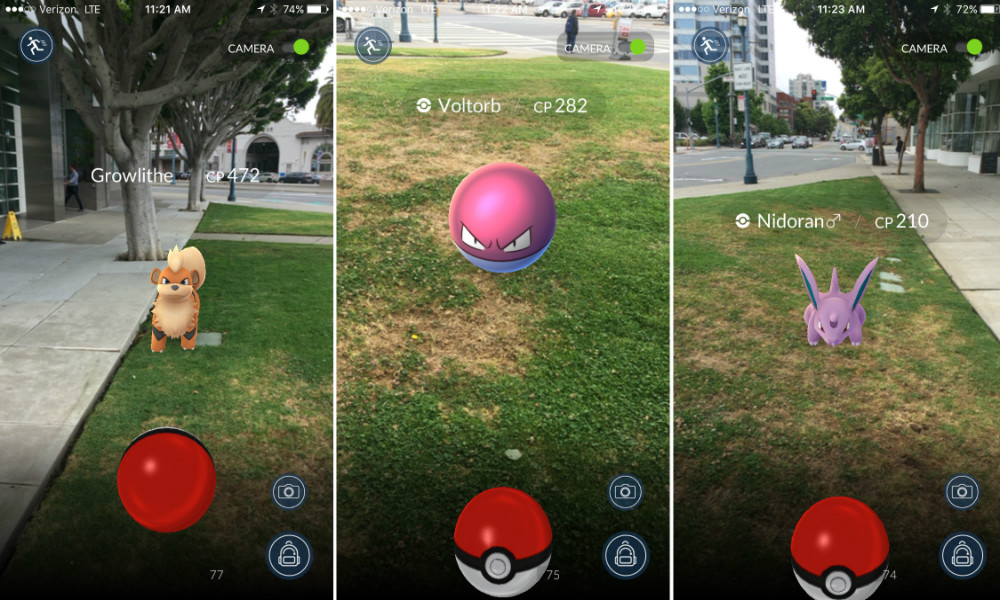 Pokemon Go is the latest augmented reality game to hit the market, and fans are clambering to download it. But with the game interacting with a player’s real, surrounding world, it seems like just a matter of time before the world interacts back. (Photo Credit: theverge.com)

Growing up, I was never a Pokemon fan or follower. My household didn’t get into it for whatever reason, though we certainly fit the demographic with young males who had a proclivity for gaming, cartoons, nerd culture, etc. We simply weren’t a Pokemon house. Be that as it may, I understand the draw, especially the collectible aspects.

With the brand new mobile game Pokemon Go, that desire/need to collect, to catch ’em all if you will, is on full display. By uploading a real-time, real life map on your phone within the game and using real landmarks, Pokemon Go has participants move around their real environment to collect Pokemon that pop up. (Popping up of creatures occurs just on the phone screen and not in real life…for now.)

Even though the collectible is just viewed on a screen, the environment that encapsulates it is the real world. Thus, as far as I can tell without having personally played the game, if a Pokemon is free behind you near the river edge, you must physically turn your body and move toward the river edge to interact with the creature on the phone. Perhaps you see where this is headed…

My hypothesis for how someone will die playing Pokemon Go is that they run out into traffic, chasing a creature, and get hit by an all too real vehicle. Perhaps someone falls off a bridge or tall building. I’ve heard the discussion being made about the logistics of catching a Pokemon who fictionally resides in a non-fictional ‘No Trespassing’ area and what could come of that.

It’s all very fascinating and slightly terrifying. Or perhaps I have my adverbs reversed.

Again, I can see the fun in collecting the characters around your real world. It’s a neat premise; I’ll give the creators that much. It’s joyous to be playing a game that uses places and things you have previously interacted with in your everyday life, as well as playing a game that appears to be essentially in real time itself. But that comes with unavoidable consequences. Cars don’t stop or swerve to avoid charizards that aren’t really there.