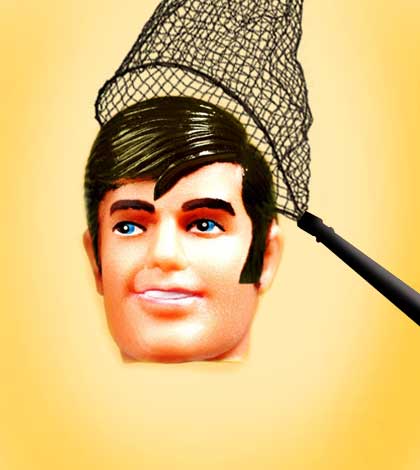 The birth of the 21st Century didn’t cause our computers to crash. Something more insidious happened. The rules of courtship changed.

Thirteen years after the new millennium it’s clear that women are now the ones left in charge of romantic “pursuit.” This bizarre social shift has left many of us wondering about the current expectations of pursuit and showing interest in a man.

This cultural twist has created the very thing women most detest; men are being trained (by all the other women they meet) to abdicate their “effort” in the act of courtship. As growing numbers of women are adjusting to the “new rules” of pursuit, why would any man bother to ease our burden? It’s far easier for men to go about their day-to-day business knowing that job has been handed off to the female.

The more women pursue men, the lazier men become. The more we chase men, the more they learn to be chased. The more we act like men in pursuit, the less men feel the need to pursue (and the less they feel like men). The act of pursuing and maintaining a woman has been moved so far down the list of men’s priorities that it’s become negligible.

We, as women, have created this reality. And we, as women, are to blame for the tears we shed.

Having noted this sociological shift, I find myself paralyzed under the weight of the “new rules” of female behavior. I’ve increasingly felt the agony of either having to chase a man, or lose him. But no matter how I try to contort myself to the current standards of dating, I can’t seem to do so.

Several years ago, I confused a former boyfriend by not “chasing him” once we’d become intimate. He wrongly assumed that I didn’t care about him. His assessment was, “I thought you didn’t like me. You weren’t calling and texting me.” No. I wasn’t. I thought sleeping with him was a clear sign of my interest. I didn’t know I was supposed to be chasing him as well. Our three-year relationship got off to a rocky start due to this shift in the new rules of pursuit.

Perhaps we all need to take a step back and reassess the dynamic of today’s dating process. As women, we could continue to pursue. We could take on the task of making the contact and creating the connection we crave. We could continue the constant texting, calling, and making ourselves available all hours of the day and night. But… is that the role we want?

Some women feel empowered by pursuing a man. They feel they’re in control of choosing their mate and negotiating the capture of him. My concerns lie more in the long-term effects this action creates in the balance of desire. In taking away a man’s incentive to pursue us, we remove the desire for their quest.

In taking on the responsibility of chasing a man, we’ll continue to create a society of men who’ve learned the subtle art of emasculation. Then, as we will peruse the horizon of available men, we’ll see nothing we want. In looking for a real man… none will be found.