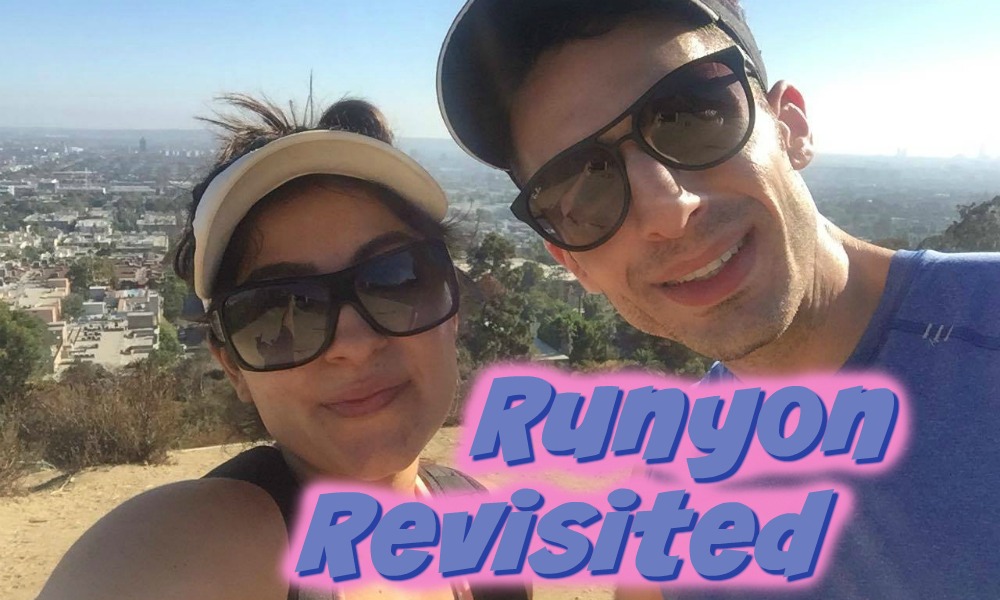 Runyon Canyon was shut down for a couple of months earlier this year. I hadn’t been to Runyon in a long time, so when it reopened I knew I had to revisit this hiking trail I once frequented. I went back!

I used to frequent Runyon Canyon all the time. It was a hike I did every Sunday morning for years. There were times I would run the trail and times I just hiked it. Either way, I always loved how approachable Runyon was. It’s always been an “easy” hike in the heart of Hollywood. I call it easy because it’s extremely approachable, despite being steep at times. Some would even say it’s not real hiking, but that’s silly. It’s a good and fun hike with tremendous views.

Runyon was closed earlier this year for four months to repair a water main and to make some improvements to the hiking trails. One improvement that became a public outcry was a branded basketball court. People did not like that they were going to add this bad boy part way up the trail. Come on! It would have been nice, adding some variety to the trail, but the community did not like it and so it did not happen. They did re-pave the fire access road, which is always the section I walk down. It was paved in the past, but the asphalt had deteriorated and dirt had covered it over. At first I thought this was a bummer, but after my hike I actually didn’t mind it. It was pleasant and a necessary refresh. Lets not forget that all asphalt will deteriorate in time!

ALSO ON BUZZCHOMP: Running in the Zone – My Running Diary

I love to begin my Runyon Canyon hike by going up the stairs side, then coming down the fire road side. The stairs make Runyon worth it for me. It was nice that this side was virtually untouched. They did add more water fountains throughout the trail, but otherwise this side was completely the same! The stairs are always intense no matter who you are and how fit you are. You’ll feel this bad boy! As I was hiking up it brought back so many amazing memories of my Sunday morning hikes. This day was a Friday afternoon, which was great because it was dead!

The views at Runyon are still so amazing. I love that when reach the top of the stairs side you can see the whole city, from Santa Monica to Downtown and the Hollywood sign. It doesn’t really take too long to get up top to see the whole view of the city! I love that about Runyon. Some hikes you work hard and long to get your views, but at Runyon your views come quickly!

Runyon Canyon isn’t a super long hike, which is perfect if you’re just getting into hiking or you haven’t hiked in a long time. It took us a little over an hour to do the three mile loop and it was wonderful! I worked up a sweat on the stairs and cooled down on the downhill. This is an easy hike to find, approach and execute. That’s really why I always loved it and still do!

It was definitely a great time to revisit Runyon Canyon! It’s slightly updated and has more water fountains for all! Hike it during the week, because I’m sure the weekends will be crazy as I ever.

Photo Credit to: Yours Truly!