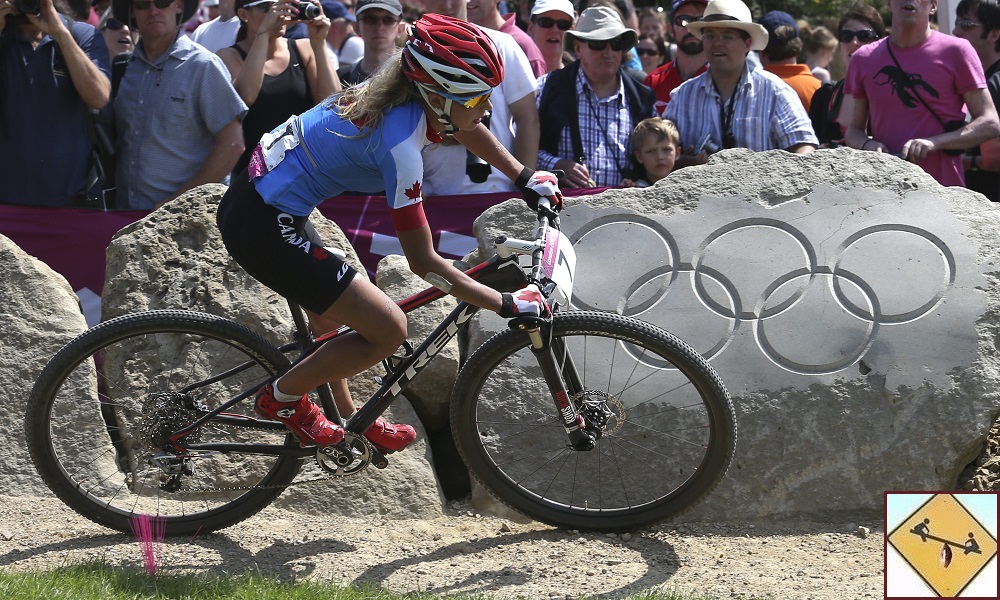 What’s the biggest story of Rio 2016 so far? The upsets have been historic, but the insanity of men’s and women’s cycling tops even the gold medals. Its an Olympic debate.

What has been the story of the Rio Summer Olympics so far? It has not been all the off-pitch concerns we were discussing. Other than the occasional story about a kayak flipping after hitting an underwater sofa, the non-athletic story lines have been few and far between. Surely it is mostly because NBC has no desire to report such news. Also maybe it’s because the issues were, once again, overblown by the media prior to the games. If the latter is true, it’s actually refreshing this time.

Perhaps the story then has been upsets.

Novak Djokovic was defeated in his opening-round tennis match. Venus and Serena Williams lost an Olympic doubles match for the first time ever. They had been 15-0 with three gold medals together before Sunday. The French men’s basketball team lost its first game; as did the Spanish team just days later. The US men’s volleyball team went down against Canada. Gabby Douglas was eliminated from individual all-around gymnastics contention, though this final point was a case of arcane rule design and not failure by Douglas. I’m sure there have already been other upsets that I am simply unaware of. It’s been pretty interesting.

But to me, that isn’t the story either. The story of the Olympics has been the cycling road races.

Both the men’s and women’s races have been insane. They are all-day treks that take more than six hours to complete. So perhaps the vast majority of the events are not insane at all, but I managed to simply catch the ends of each.

Belgium’s Greg Van Avermaet won gold in the men’s event. A few miles out from the finish, there had been a group of three riders way ahead of the pack. They were going so fast through the downhill portion of the course, the motorbike cameras could not keep up with them. Two of them crashed just ahead of the camera’s view, with one rider escaping all alone.

This was Rafael Majka, who then held an enormous lead on the rest of the racers. But behind him, two riders worked together, drafting off of one another and switching off, to shave continuous time. The pair ended up passing Majka by during the final stretches of the race, sending him into third place. But that wasn’t even the wildest part. Instead, it was the way cycling works. At some point, Van Avermaet, who had been continuously switching and drafting with Jakob Fuglsang of Denmark, decided, “nah I’m good,” and just didn’t switch. He drafted behind the other man until a sprint at the very end saw him overtake his previous helper.

In the women’s race, a similarly exciting finish took place. Annemiek van Vleuten had a huge lead on the entire field before going down in a horrific crash that left her with a concussion and fractured spine. Watching the crash live, I actually thought she might have been paralyzed after the fall.

That crash gave the lead to American Mara Abbott, who held onto said lead for nearly 95 percent of the rest of the race. You know where this is going. In cycling, it almost seems as though being alone in first place is the worst spot to be in.

A trio of riders worked together to catch Abbott. Yes a trio. All three riders passed Abbott in the final 200 or so meters of the race, leaving her without a medal. It was as emotionally brutal as van Vleuten’s fall was physically brutal.

Damn, those cycling races sound insane. I wish I’d watched the endings live as you did. Unfortunately I can’t rank those road races ahead of the Olympic upsets, simply because our upsets involve all-time great players and notable celebrities at that. Since no American won gold in cycling, the upsets certainly top our local news ticker and the first weekend of the summer games.

You failed to note how Venus Williams was also eliminated in singles tennis action over the weekend. Not only were the Williams sisters ousted from doubles, but Venus was individually ousted as well. As two of the greatest tennis players of our generation and perhaps the greatest American female tennis players ever, this is a major loss for tennis in this summer’s Olympics. There are certainly other stars to watch, but without the Williams sisters in action, the sport certainly loses something.

So the cycling was insane and some major upsets have left us reeling, but truthfully the stories I love most are those of victory. I loved how a 19 year old American won the first gold medal of the games, and her first ever, in a sport you’d almost always associate with men. She won the shooting competition. How awesome! Phelps also grabbed another gold medal in a team relay event, pushing him one step closer to being the greatest Olympic athlete ever. Now I know he’s been insane and amazing over the years, but I never thought I’d be calling him that. Wow.

Anyone have those clips of the cycling finale? I want to watch that insanity on a constant loop for the better part of my day.