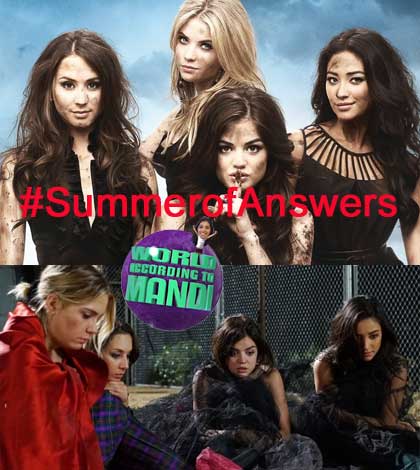 Season 6 of PLL kicks off on Tuesday night. Our Liars are stuck in that creepy dollhouse with Charles terrorizing them! This season the girls obviously have to get OUT of there and we’re predicting that it doesn’t take them long! I also know we’re going to see Charles’s FACE in the first episode or two. I think it could be our identical twin theory! How creepy would that be if Jason and Charles really do look identical.

I hope Toby comes to save the day! I feel like we’re in store for another death kids! It’s PLL and I could see Mona being killed for real this time! Season 6 looks like it’s going to be the creepiest one yet!

Next Post: Pretty Little Liars ‘A’ Theories – Jason is Charles!

Happy Fangirl Friday and Pretty Little Liars is back Tuesday! Are our predictions coming true?