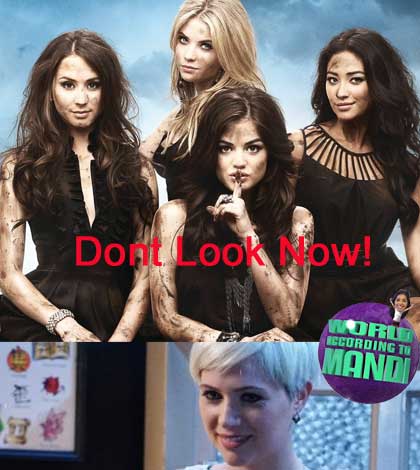 This episode answers a ton of questions and then raised even more! Spencer and Aria were psychology tortured by Charles in that Dollhouse. So much so that both girls are having a hard time letting it go!

It’s time for a BIG time Charles/A theory. First I do not believe Charles is dead. I believe that his mother helped him fake his death because Charles is the patient who killed Toby’s Mom and he was going to be sent away. I also believe Charles knew Bethany at Radley and she knew his secret so that is why she is dead! Sara Harvey also is a friend of Charles from Radley and had been helping him! She’s a foe not a friend kids. Mrs. DiLaurentis was having trouble keeping all these secrets so that is why Charles had to kill her in the end. Let’s not forget that partial email that she wrote about trying to protect someone.

It’s time for Pretty Little Liars to REVEAL it all kids! What’s your A theory?