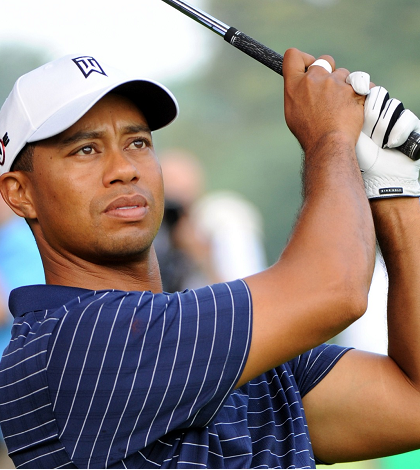 For Tiger Woods, partying like it’s 1999 would be a good idea right about now. That’s because Tiger is no longer the incredible golfing talent that he once was, which was made ever so clear after he shot a career-worst round of 85 (yes, 85) at the recent Memorial Tournament.

To put it bluntly, Tiger has been awful at times this year on the course. He’s sitting at 181st in the world golf rankings, obviously a far cry from the days when it seemed like highway robbery if he wasn’t proclaimed the top player each time that the rankings were unveiled. Sure, Tiger has shown his greatness with certain shots throughout the course of the year, but he hasn’t been close to being declared a “contender” in the events that he’s played in.

Yes, Tiger Woods is starting to become a blip on the radar screen when it comes to having an impact by winning tournaments. However, does that mean that he’s become irrelevant in the world of golf?

The answer to that seemingly loaded question is much easier than you think: No, Tiger isn’t irrelevant. And guess what? The legend never will be.

It is natural in the wacky world of professional sports for players to start to trend in the wrong direction as they get older. Their game isn’t what it once was, so they start to fade from the limelight, never to be seen again in terms of being a major factor in their sport of choice.

Tiger Woods, though? He’ll never be that guy. At no point will a fan at a big-time PGA Tour event simply walk past Tiger without blinking an eye. No one will ever view Tiger as “just another player” on the tour.

When you become a legendary star in your sport, there are few things that you can do to make people completely forget about you.

Tiger isn’t just an athlete on the course doing his thing, he’s a brand in and of himself. While players like Rory McIlroy and Jordan Spieth are leaving their mark on the golfing world as some of the most phenomenal young talents we’ve seen in a while, they are not yet close to being the household name that Tiger Woods is.

Could both young stars get there? It’s possible. But Tiger’s appeal isn’t just about winning tournaments anymore. It’s about much more than that for the game of golf.

Plenty of golf fans will never forget Tiger’s scandal and transgressions that seemingly changed his professional golf career for the worse several years ago, but even as bad as it was, it hasn’t changed the fact that Tiger is the most sought out player on the tour. He’s still who the most dedicated golfing fans around the world will pay the most to see.

It’s About More Than Winning

If someone asks you the one golfer that you’d pay your last dime to see, more often than not, your answer would probably be Tiger Woods. Even if he did just struggle to an absolutely horrendous round the day before.

So while the critics will claim that Tiger is no longer a factor on the PGA Tour and has become irrelevant. Others will smartly understand that this isn’t a matter of winning and losing anymore. Tiger’s done enough of that in his career.

Tiger Woods will never be irrelevant in the world of golf. Even if he goes off the deep end and shoots over 100 in his next round, he’s still going to draw the attention of the golfing masses.

Would you rather see Tiger Woods at his worst or a completely unknown golfer at his best? That’s what I thought.