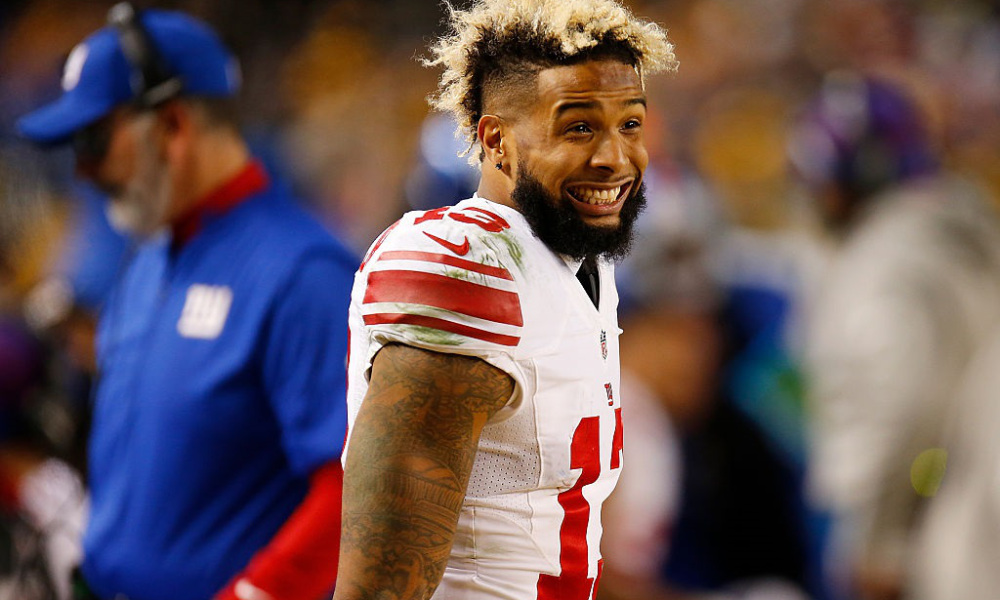 The NFL praised Odell Beckham Jr.’s professionalism at the Pro Bowl; an action that sounded like nothing more than a backhanded compliment from the league. What gives NFL?

New York Giants’ wide receiver Odell Beckham Jr. was the toast of the town during Pro Bowl weekend in Orlando, Florida. The fans loved him; his NFC teammates loved him. He was gregarious and fun and did everything the right way. He was just a young guy having a good time for people who wanted to have a good time as well.

ALSO ON BUZZCHOMP: The End of Sherlock is Here

Perhaps this was Vincent’s objective. Maybe he wanted to make note of when OBJ acts like a normal person. That way, he can go back and highlight later on when he does the opposite. ‘Slap in the face’ is too harsh a criticism of this move. It is certainly a backhanded compliment on Vincent’s part, though.

According to ESPN, multiple parties received the letter. They included “[commissioner] Goodell, Giants owner John Mara, general manager Jerry Reese, coach Ben McAdoo, director of player development David Tyree, and Beckham’s agent, Zeke Sandhu.” Why every one of these parties needed to be notified when Beckham acted like a normal cool guy is beyond me.

It’s not like the knocks against Beckham in the past have been anything terrible. Each incident has been the result of his emotions getting the best of him as a direct result of football on the field. There have not been any issues with the law pertaining to him; he hasn’t gotten into trouble outside of football. Everything that people kill him for is about the level of passion he displays and how that manifests itself. Why is this the guy that needs to be praised for acting like a gentleman?

One day after Vincent’s letter made the rounds, news came out from former Giants’ kicker Josh Brown. He still denies that he hit his wife. Singling out Beckham during the 2016 season always felt so silly when there are real bad guys in the NFL. And now, for Vincent to lay belittling praise onto Beckham just makes it worse. The guy was great at the Pro Bowl because he has always been a well-meaning and good-hearted person. Pushing over a kicking net in frustration during a game doesn’t change that.