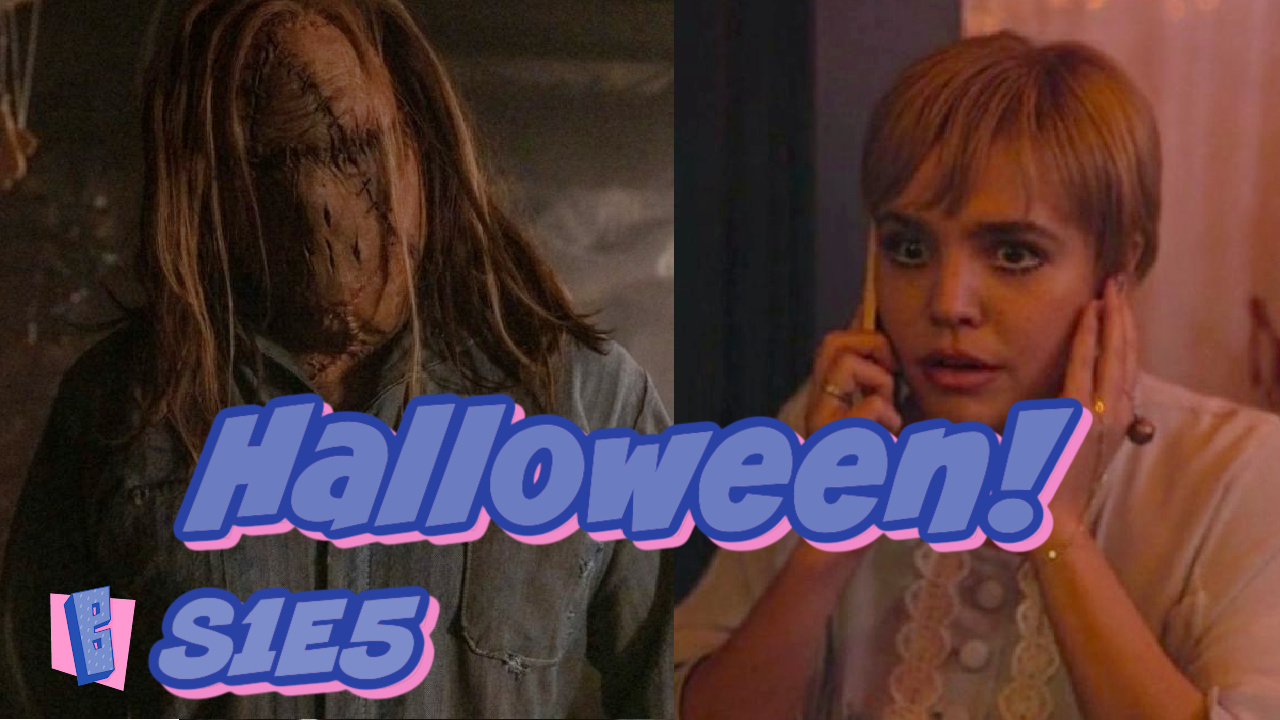 PLL Original Sin season 1 episode 4 & 5 is all about how A gets bold!. I’m thoroughly enjoying learning more about this mystery, seeing creepy A, and finding more out about our new liars!

PLL Original Sin season 1 episode 4 & 5 is all about how A gets bold. I’m digging this show so far. We got some really good moments in these two episodes! A ups his creepy factor, but also shows a bit more about his character.

Episode 4 sets up the twin switch. Farron thinks Kelly is Karen. She knows the twins used to switch all the time. She definitely thinks that Kelly was up in the rafters and it was her instead of Karen that is pushed by A. I definitely dig this theory and think its true!

It also gives us the Noa and A standoff. This is such a great moment! It totally gave me Michael Myers vibes! This A is so bold. We learned more about Angela and get shown what Marjorie (Noa’s) mother did to her. She threw her under the bus just like she did to her own daughter. So A wants Noa to throw her mother under the bus right now.

Not only did we get a Michael Myers moment, but we get a Psycho moment. It’s awesome that Tabby loves horror and filmmaking. She recreates the iconic Psycho shower scene, but this time Marion Crane is the one wielding the knife. This show is really creating some nice moments and making itself standout.

Watch: Reaction To Original Sin S1E5 | A Is Bold

Episode 5 is the Halloween scare. This A is so bold. Not only did we see that he has his creepy Angela box in Imogen’s basement, but he comes to the party! A picks the lock on the basement and puts on a new mask! The moment when Imogen tells him the bathroom upstairs is off limits is super creepy!

There is more flashbacks in this episode and we see that the liars mother’s are mean girls. They are not cool to Angela who it appears just wants to be her friend. Noa also tells them in this episode what happened to her and that A is back. This makes Imogen want to know even more what happened with Angela. I hope next episode she meets the man who called her back about her mother and Angela.

The Halloween party scenes are awesome. A is so bold to be there, but we see of him that might not be all bad. He watches all the girls at the party and he sees the Tyler interaction. After that he goes upstairs into that bathroom and he kills Tyler. As of right now, we don’t think there is a connection between Tyler and Angela so it appears him killing Tyler is due to what he witnesses and infers about Tyler. Now of course it also could be a way for him to frame Tabby who had just punched Tyler! I love the ending with another Michael Myers reference with the song and that he had Tyler’s body.

Pretty Little Liars Original Sin is a Halloween scare. Share with us your thoughts and check out our three videos on episode 4 and episode 5.