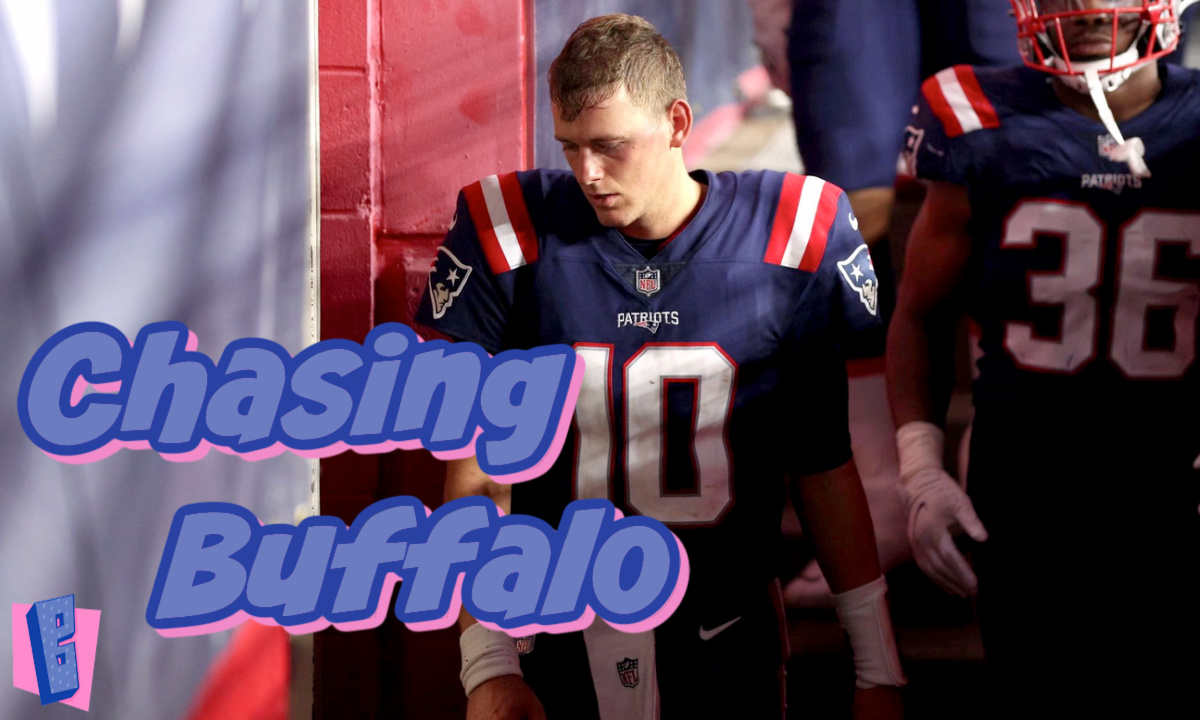 We all know who’s best in the AFC East, but everything else is unknown. Who finishes in 2nd? Will Jones, Wilson, and Tua reach Allen’s level? Perhaps this is a great division top to bottom.

After years of domination by the New England Patriots, there is a new, yearly lock atop the AFC East. The Buffalo Bills look primed to run away with a division title this season, being given the second-worst odds of any team in the league to win its division. Only the Tampa Bay Buccaneers are expected to be heavier favorites in their respective division than Buffalo is in the AFC East.

That doesn’t mean the Bills are guaranteed to win. Is there any other team actually able to upset this apple cart? Interestingly, Miami and New England are currently tied with division odds of +450. Either one of those teams would have to catch some major breaks to upset Buffalo, but it could happen. For the Jets, sitting with odds of +2200, ALL the breaks would have to be caught.

The major questions out of the AFC East range from easy as hell to super challenging. Will anyone catch Buffalo? No sir. Can the Jets can avoid finishing last? Absolutely. Despite Todd believing its pretty safe to answer the negative in both instances, Dan knows better. All four of these teams are much improved and hungry. There are no guarantees.

Buffalo is stacked. It has arguably the best quarterback in the game flanked by numerous skill position players who can target a defense at all levels. If there is a weakness on offense, it is the line, but this group should really fall no worse than “below average” if everything doesn’t come together. On defense, Von Miller joins a young and exciting defensive line, backed by super talented linebacker and defensive back units. Unless Josh Allen gets hurt for an extended period, it is hard to imagine anyone else winning the division.

But who finishes second? I was actually surprised to see Miami and New England being given the same odds in the East. I think the Patriots have a sizable lead over the Dolphins. At quarterback, we know Mac Jones can succeed in this league; the same cannot be said of Tua Tagovailoa. The Patriots also house arguably the best offensive line in the division and some potential breakouts at the skill positions. On defense, if you’re ready to bet against a Bill Belichick defense, more power to you.

Also on BuzzChomp: Not Okay Movie Is Hilariously On Point

The Dolphins could be ready to take a leap. They certainly have enough talent at most of the key positional groups. The leap would need to be anchored by Tagovailoa though, and the jury is still out on him. My East runs like this for 2022: Buffalo, New England, Miami, New York.

There’s no debate about who wins the AFC East. Buffalo is going to once again run away with this division, because the Bills have a star quarterback. All of the Jets, Patriots, and Dolphins hope they see star potential from their QBs this season. This leaves an elephant in the room. What everyone disagrees on is who will finish second. Furthermore, will any other team besides Buffalo reach double digit wins?

I may be a Jets fan, but I’m also great at applying the eye test. New York may have finished in last in 2021, but the Patriots and Dolphins were not markedly better teams to watch. None of them looked like contenders. All three added big playmakers for 2022, but it still comes back to the quarterback. A close second in terms of importance is the run game, which can cover for average QB play. I’m eliminating Miami form this debate. Tua fails the eye test and I’m not sold on the new direction Miami is taking. I give them five or six wins and last place in the AFC East this season.

Both the Jets and Patriots will have good defenses. New York holds the edge with their running backs, at least in terms of potential. But New England currently has the edge at QB, because Jones played much better and more consistently than Wilson last year. Assuming they are both good but not great in 2022, then it all comes down to coaching. In terms of the players, these teams are even. But as of today the Patriots have an advantage on the sidelines.

Bill Belichick is good for one to three additional victories as opposed to an up and coming coach like Saleh. This could change, but today it holds true. My Jets will be in the playoff conversation, but until I see it, my gut says Belichick secures his Patriots second place. I will avoid predicting win totals, because I can see New England winning 11 games or 8 games.  Same is true for the Jets. If defense wins division titles, then the AFC East might be even closer than anyone imagines. For now, it belongs to Buffalo.