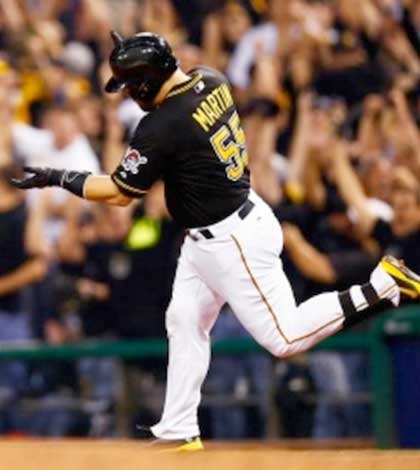 Pittsburgh Pirates fans are feeling a sickening but familiar sensation right now. Just like last season, the Pirates put together an excellent regular season of baseball, only to get beaten out in the division and fall in the single-elimination Wild Card game. They were once again dominated at home by their competition’s ace pitcher, this season being the Chicago Cubs. Where do the Pirates go from here?

Pittsburgh has a ton to build on going forward. Their 2015 regular season was solid, but the team must improve to get over the playoff hump in the future. Let’s take a look at the good and bad from this past season of baseball.

In the regular season, nearly everything went right for Pittsburgh. The Pirates racked up an incredible 98 wins, the second-best mark in all of baseball. The team’s biggest standout was Andrew McCutchen, who would’ve been a legitimate MVP candidate if the Nationals’ Bryce Harper hadn’t logged an all-time great season in Washington. McCutchen’s 5.7 WAR was actually a touch below his usual work, but he remains one of the league’s elite players. His efforts were helped by the strong play of his teammates, including Korean SS Jung-Ho Kang.

ALSO ON BUZZCHOMP: How far can Cubs go in MLB Playoffs?

Pittsburgh made smart trades during the year, including a swap for the Yankees’ Francisco Cervelli. A smart front office continues to be the small-market Pirates’ most important advantage. 2015 was a great regular season for Pittsburgh to build on.

The 2015 Pittsburgh Pirates had their issues. They could’ve used a slightly better ace. Gerrit Cole’s stats this season were nowhere near as good as the other playoff aces, and he was no match for the Cubs’ Jake Arrieta in the Wild Card game.

More power in the lineup would help too. Pittsburgh’s slugging percentage was in the bottom third of baseball in 2015. Ultimately this is nitpicking; the Pirates were the second-best team in all of MLB this year. It may sound like a cop-out, but the reality is that only one major thing went wrong for the Pirates. They were in the National League Central.

The NL Central was by far the toughest division in baseball this year. For that matter, it was arguably the toughest division in MLB history. Three NL Central teams – the Cardinals, Pirates, and Cubs –won more games than any other team in baseball. The National League Wild Card Game pitted the second and third best teams in all of MLB against one another. One team had to go home.

Will they get ‘em next year?

Don’t bet against the 2016 Pirates. The core of their lineup will be back, so there’s every reason to expect another spectacular team. Unfortunately, Pittsburgh’s brutal competition in the NL Central isn’t going anywhere anytime soon. The Cardinals remain perennial contenders, and the Cubs are a team on the rise. Chicago could easily win the NL Central next season, leaving the Pirates battling for a Wild Card spot yet again. Sometimes baseball just isn’t fair.