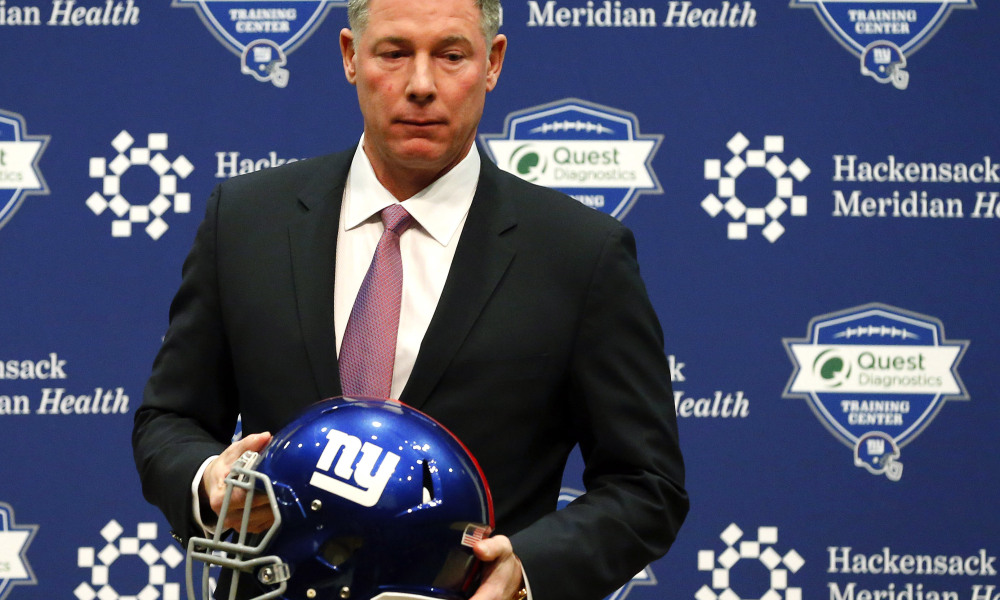 Pat Shurmur was hired as the newest head coach of the New York Giants. He quickly took to ink and parchment and sent out a letter to season-ticket holders.

By all accounts, the New York Giants’ hiring of new head coach Pat Shurmur was somewhere between the organization’s third and fifth choice to fill that opening. After being spurned by the likes of Matt Patricia and Josh McDaniels, New York snapped up Shurmur before another desperate club could do the same. Nevertheless, Pat Shurmur is a perfectly adequate head-coaching candidate, and he took to the Giants’ season-ticket holders right away.

Not yet a month on the job, Shurmur penned a letter to all season-ticket holders, promising to give this job his all, to restore Giants Pride, and a number of other nonsensical jargon phrases. It was the type of thing that means absolutely nothing, while meaning everything at the same time.

This past season, Giants fans felt lost and forgotten. The organization was going through an in-season collapse and overhaul for the first time in quite a long while. The always patient owners finally lost patience, as did the fans paying for tickets each week. Coaches and front office execs were fired; players quit on the team and/or were suspended; in-fighting between guys on the same units took place. Everything that could have gone wrong did.

That is the situation Pat Shurmur joins. Before getting the team back on the path to a championship, he needs to steer the ship out of the shallows. A letter to season-ticket holders means nothing, but it is also a sign that he is taking the first steps to turn the franchise back around, by paying respect to the fanbase itself.

In his letter, Shurmur goes through a number of steps. He starts off by sucking up. “…what an honor it is for me to serve as the Head Coach of your New York Football Giants.” (bold emphasis mine) This isn’t his club; it belongs to the fans. He is just a humble servant – who was handed a five-year contract. “This is an iconic franchise, and I have always had great respect for the organization and its fans.”

From praise, it is a quick pivot to the job at hand. “…look forward to doing what is necessary to lead us all back to the path of winning.” This is a team effort, from the head coach to the season-ticket holder in section 209. Shurmur is leading us all back to winning. Of course, we aren’t necessarily going to win right away. As I stated, first the ship must be turned around and Shurmur agrees. First we have to get back on that path. Winning comes after. Hopefully the journey doesn’t take his full five years.

Shurmur then gets very vague, as fans don’t need to know the actual nitty-gritty. “…hard at work finalizing our coaching staff and preparing for the upcoming season. We believe in getting better every day.” He doesn’t venture too far from praise, though. “It is an honor to wear the Giants uniform, and we all represent the Giants greats who have come before us, and we represent you, the fans.” Last year’s representation wasn’t quite up to snuff.

Shurmur concludes by announcing his plan to “work tirelessly to restore Giants Pride and deliver a team that meets your expectations in every way.” Oh boy, unless he plans on winning five straight Super Bowls, maybe Shurmur doesn’t know New York fans as well as we thought.