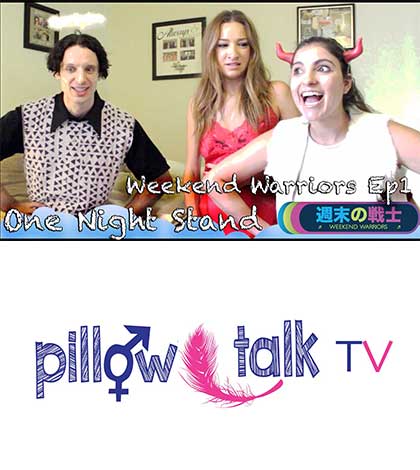 Weekend Warriors makes magic a reality with Lucille and Reginald. Will you listen to your angel, or your devil? Both are hilarious in this comedy web series. It’s a One Night Stand in webisode one. Oh so sexy.

Melanie’s one night stand goes horribly wrong, as too much alcohol leaves her in bed with a stranger. Only the magical exploits of Lucille and Reginald can save her!

“Big dick! Really!?” At least she knows something about him.